The Orb's latest album  'The Dream' seems to be a return to form and back to the sounds of their first albums, with less complicated layers and a much more listener friendly result. There are a fair few really strong stand out tracks on the new album, but even as we approach the Scala, I can't help but hope that some of their older stuff will also get an outing.

The Orb take the stage with Alex Patterson thanking Warm-up DJ Dennis for his set with a big pat on the bag and rapturous applause. The visuals on the bands backdrop melt into an image of Albert Hoffman, the inventor of LSD who died this week at the age of 102. It seems a fitting tribute from the nomadic men of the Orb. 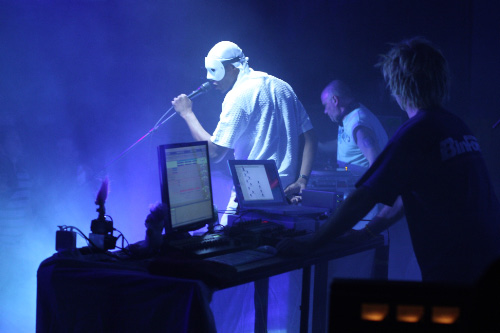 Eric Walker (A.K.A. The Corporal) assumes his position centre stage and fills the room with his resonating tones. His face obscured by a ¾ face mask and dressed all in white, he cuts quite a ghostly figure. Keith York plays Live Drums and Fil Le Gonidec provides samples and sounds through his Apple Mac and other electrical gubbins.

The intro to 'Towers of Dub' rings around the room and I can't help but smile. The older tracks are getting an airing and looking around the packed Scala, the average orb fan for this evening is very difficult to pigeon hole. Ex-ravers and new Orb fans are rubbing shoulders and are all nodding heads in unison. 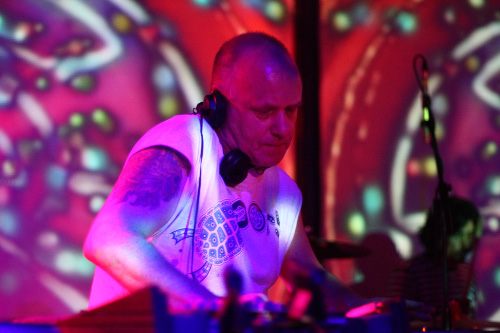 There is an injection of energy as the enormous bass of 'Mother Nature' begins to pound out along with the Middle Eastern strings. The effect is quite amazing. I notice a few people putting their hands to their chest. I can feel it too. The sub bass is really rattling but the sound quality is crystal clear. The Corporal recorded his vocals on the original with Juliet Roberts. Tonight he is singing both parts. To begin with it sounds a little flat but it improves as the track progresses and his work rate is extremely high.

'Vuja De' is the next track. As the heavier bass kicks in, Alex and Fil step back from the controls with a grin as if to say 'it wasn't me'. The more bouncy bass line still rattling away like a bee trying to fight its way out of an ear canal really gets everyone jumping. The energy levels increase with a seamless mix into 'Little Fluffy Clouds'. 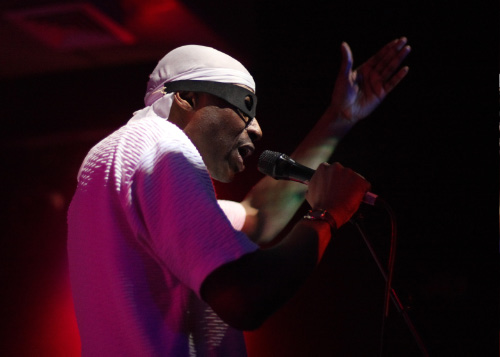 Next an unscheduled trip to find first aid as Andy the photographer realises that one of his earplugs is doing more harm than good. I take a look but can barely see it  it has gone in too far. Unable to find tweezers, we opt for a breath of fresh air. On hearing of his plight, a fellow gig goer offers to try and remove it with the arm of Andy's glasses. After a short while with a steady hand, success and we make our way back just in time to hear the music slow to a deep dubby sound.

Although this kind of music paints pictures, I often find that with live dance music, DJs or electronica that there is little to stimulate the eyes. Not so with The Orb. They ensure that there are plenty of things to look at. The VJs blending the sounds into fractals and moving images - all perfectly matching the mood and music.

We were about to leave to catch the last train when the intro of 'Perpetual Dawn sounded. We had to stay, but it was worth it and running for the train was a small price to pay. A great night. 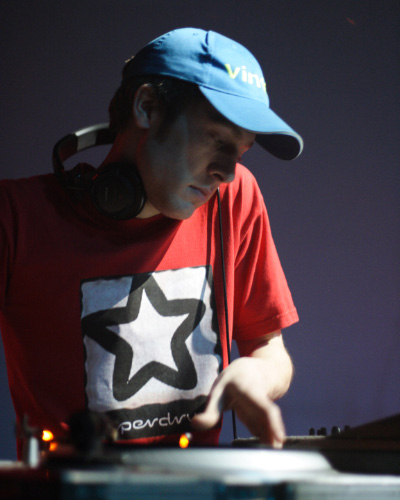 If you've been put off the orb by some of their more recent releases, try 'The Dream'. It is an epic album and I really hope it catapults them back to where they belong.