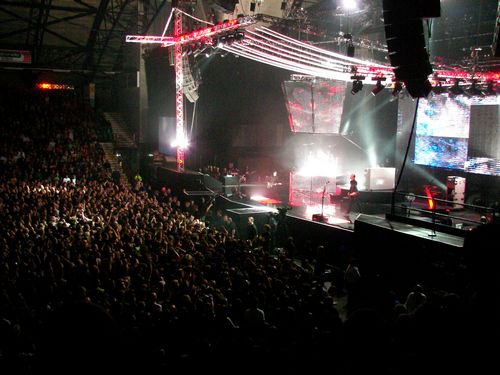 At a time when the word 'legends' gets bandied around far too readily, and is often used as a label for bands which are anything but, I was loathe to use the word to describe Muse, but to be honest there wasn't a better one. Muse are destined to join the annals of the great British bands which are appropriately labeled as legendary. On tonights' showing, you can see why. I had heard that previous dates on this tour had been spectacular, but that didnt even come close to preparing me for just how good the show tonight was.

Opening quietly with 'Take A Bow', the band caught a lot of people off guard, but we shouldn't have been surprised, as any rocket ship needs to build up speed before it can take off, and take of it certainly did when 'Hysteria' kicked in. From front to back the arena was bouncing, and the band seemed to be feeding off the raw energy coming from the crowd. Matt Bellamy was like a man possessed, attacking his guitar ferociously, and if I didn't know better, I would have said that it was the ending to the show, but we were only just beginning. 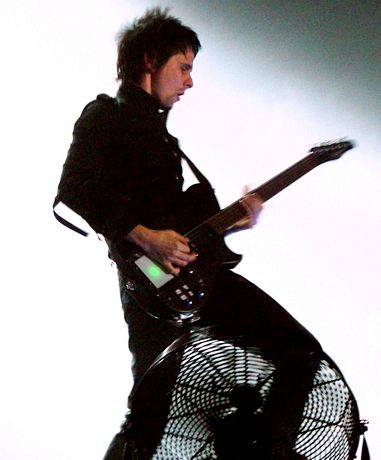 For the next two hours we were spoiled. 'Black Holes and Revelations' has been lauded (and in my opinion fairly) as album of the year by many, but in the live setting it takes on a whole other aspect which elevates the already excellent material to some new level which few bands even dream of reaching, and even fewer actually achieve. The highlights come thick and fast, from the current album as well as their superb back catalogue. Stand out tracks included Assassin in all its crushing glory; a beautiful take on Starlight; and a simply stunning rendition of Plug In Baby, which got the entire arena moving. 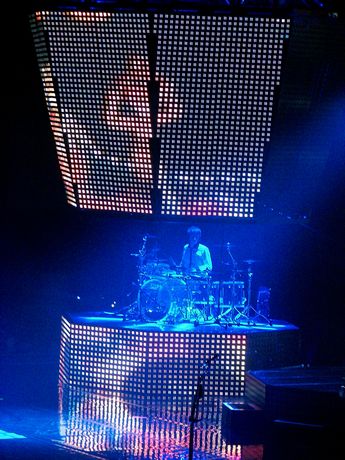 As well as being sonically excellent, the stage show was a sight to behold. Matt Bellamy and co. held the crowd rapt as they tore through their set, and this was one of the few gigs I have been to this year that was genuinely exciting. Rather than just going through the motions, Muse rework their material seemingly at will and the heaving, pulsing crowd were constantly kept on their toes.

Closing the set after two encores with the upcoming single Knights of Cydonia, Muse proved once and for all just how good they can be. This is a band of crucial importance to the UK music scene, and one which I would highly recommend that you see live  you wont regret it.
article by: Tommy Jackson
photos by: Tommy Jackson
published: 21/11/2006 00:58