A show bringing back 4 of the 90's most loved alternative bands has been touring this may across the UK. With revolving headliners and an hour set from each band the show, though a long one starting at 5pm, is a good one. Maybe an outdoor gig would have been suited more in this glorious weather, but again this is Britain, and this is Britrock Must Be Destroyed! 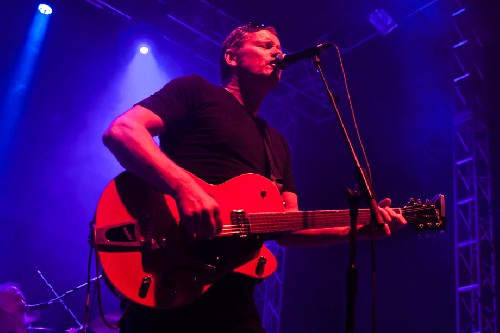 Most people in Leeds now are heading home in rush hour, but some of us are in the venue waiting for a 6-hour gig to commence. Starting out with a band definitely suited to playing tracks in the sunshine, Dodgy are first up. I defy anyone to not know a Dodgy tune and not be able to sing along upon hearing it. 'In A Room', 'Staying Out For The Summer' and the hit 'Good Enough' complete a shortened line up of 7 tracks, perfect for warming us up on this may day.

The Wildhearts are up next, adding a little catchy metal to the mix. 'TV Tan', 'Suckerpunch', 'Caffeine Bomb', 'Geordie In Wonderland' and 'I Wanna Go Where The People Go' get this crowd even warmer. Ginger is on fire as the broad and affable frontman. There's a few songs that are about York Ginger tells us, 'Nita Nitro' being one of them. Commenting that it's only Thursday, Ginger asks why it can't be Friday already, leading into 'Weekend (5 Days Long)', fitting for an upcoming bank holiday. There is a crowd now, swirling around like its 1993 again. 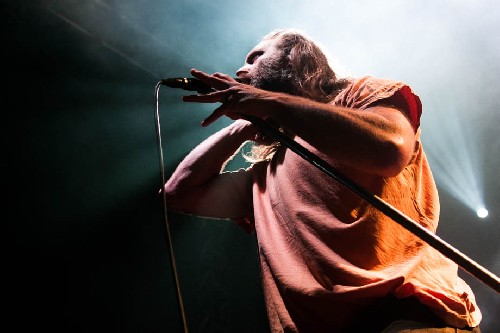 Reef are the third band on the bill tonight with hit 'Place Your Hands' in the middle of the set. This is sandwiched by the excellent 'Naked', 'Come Back Brighter' and the AC/DC style 'Revelation'. Gary Stringer gyrates about on the stage and really works the crowd up. For the band on the bill I know the least about they turn out to be an amazing live band. I'm now off to listen to me some more Reef.

Finally its the turn of localish lads Terrorvision. It was a given they would headline this show in their neighbouring city, and they have been getting rave reviews on this tour. Tonight is not exception. Slamming on with Discotheque Wreck its a journey around their discography, from 'My House' to 'Perseverance' to 'Oblivion'. These guys, as the final band (each band apart from Dodgy have an hour set) get an additional 15 minutes in their set, which means they can throw in 'Alice What's The Matter', 'Alone' and the excellent 'American TV'. For 'Middleman' Tony Wright asks us to chant 'Yorkshire, Yorkshire' throughout, which many do. 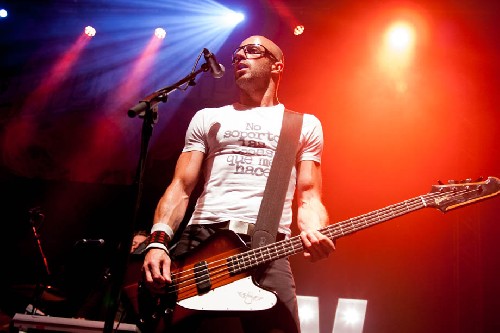 What a corking show. More gigs like this please, not only does it remind the fans of the 90's it clearly reminds the bands too.