It's a triple whammy from Stourbridge this evening as the Wonder Stuff, Ned's Atomic Dustbin and Graham Crabb from Pop Will Eat Itself all descend on Leeds during their Love From Stourbridge tour. Based on confirmation of an idea between Miles Hunt and Jonn Penney that appeared on social media for the pair to get their neighbouring bands on a tour together, the result is a 12-date tour across the UK. Halfway through they have hit Leeds, and its an early start.

In order to fit in the bands 75 minute slots each, Graham Crabb has a little time before each set to spin the nineties tracks. Neds take to the stage at 8pm sharp, and the place is rammed for it. Featuring all five original members; Alex Griffin, Jonn Penney, Dan Worton, Gareth "Rat' Pring and Matt Cheslin, that unmistakable Neds sound of the double bass guitars can be heard as sharp as it was before. Rat strums away for dear life on guitar as Dan pounds the drums, not quite enough to take over the double bass attack though. The use of a capo on a bass makes for a great high-end sound. Penney circles the stage as the sub-hardcore notes fly, and the crowd mosh like they did over 20 years ago. 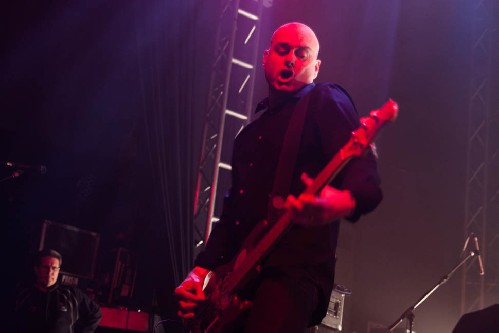 They mosh even more when the live favourites 'Happy', 'Kill Your Television' and 'Selfish' are aired after a surprise encore, unusual for a band on first but not in this shared headlining arrangement. 'Grey Cell Green' is also a great song. Anything from 1991's 'God Fodder' goes down a treat though. Matt also name drops other local bands like CUD and the Wedding Present and Sisters of Mercy as he remembers touring all those years ago.

There's a bit of a gap and soundcheck on the drums before the Wonder Stuff take to the stage. The Neds splodgy logo has been replaced with a pile of cassette tapes adorning the backdrop, and the next Stourbridge band start their set. 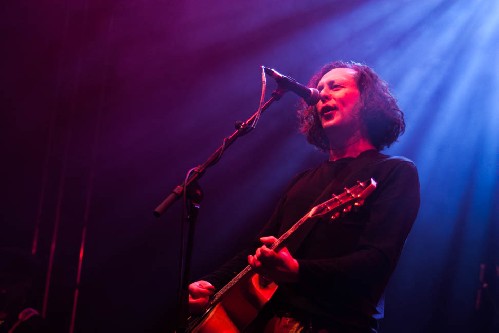 'On The Ropes' is a welcome early addition to hear in the hits setlist. Miles is in a chatty mood, Erica as always looks amazing and plays the violin even more amazingly, tweaking the solos in songs like 'Circlesquare' to add her versions in. Dan Donnelly does the odd knee slide on guitar, a musician's dream! Mark McCarthy and Tony Arthy keep the bass and drums pounding.

There's no 'Dizzy' or 'Welcome to the Cheap Seats' on this occasion, but plenty of other greats like 'Caught In My Shadow' about Hunt's hometown of Birmingham. There's a lot of money related songs like 'It's Yer Money I'm After, Baby' and 'Give Give Give More More More', 'Unbearable'... all mention the moolah in some form. 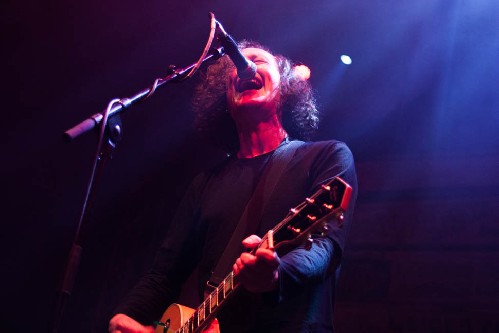 The crowd have been vocal all night, and sing along to the songs 'Golden Green' and 'A Wish Away', 'Radio Ass Kiss' as well as "That one" 'The Size of A Cow'. It's a warm fuzzy feeling of a crowd and one that still can last through two 75 minutes sets by two Stourbridge greats. There are still plenty of shows on the tour so go check them out!