It's been 9 years since Morrissey last visited Cardiff (at the more diminutive surroundings of St David's Hall). However, this short jaunt around the UK finds him in arena territory; this after a year of highs (a sold out show at the 02 arena in London) and lows (Morrissey's recent dispute with his record company and the recall of his latest album 'World Peace is None of Your Business').

Being both loved (and loathed) Morrissey is someone you can't ignore, be it the legacy of The Smiths, his solo output or his views on Royalty, Politicians, celebrity and animal welfare which cause uproar in the tabloid press.

It's been a long time since I have seen so many manicured quiffs in one place as his followers make their pilgrimage into the arena. It's encouraging to note that there are many younger faces here tonight and proof that his music appeals across the generations. It's true to say there were a few empty seats, but you couldn't tell from the wall of noise that greets the 'chosen' one as he makes his way onstage and begins proceedings with a ferocious 'The Queen Is Dead'; as an opening salvo, it's got our attention! 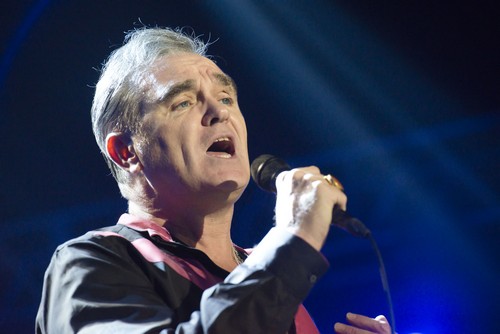 His band are tight and effortlessly charge their way through another classic 'Suedehead' . From this point we are taken on a tour of 'World Peace Is None Of Your Business' ', which at times left the audience subdued. Perhaps some of these songs ('Kick the Bride down the Aisle', 'One Of Our Own') are better suited to more intimate venues as they were a bit lost in the cavernous surroundings of an arena. Other tracks off the album fared much better, the driving 'Staircase At The University' is classic Morrissey and a highpoint of the newer material. The throwaway and exuberant innocence of 'Kiss Me A Lot' is a joy. A personal highlight was the beautiful and mesmerising 'I'm Not A Man'. Of course sing-a-long's don't come much better than 'Everyday Is Like Sunday' where I'm witness to a cast of thousands singing every word as if their lives depended upon it. 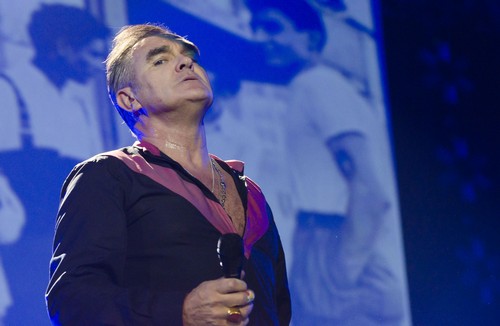 An impassioned 'Meat is Murder' is delivered with such intent, that you can't escape the vitriol but also the despair and sadness in Morrissey's voice. Despite his recent illness, he has never sounded better. Graphic images accompany this sermon of truth, a truth that no doubt left some uncomfortable  but then, surely that was the point?

With meat products banned at the venue, this is someone whose conviction remains intact. With a back catalogue as expansive as Morrissey's it is inevitable some may be disappointed that their favourite was not played, but do we really want artists to stand still, rinse and repeat? Or do we want them to grow, challenge themselves, and us? Nostalgia is easy, but thankfully Morrissey is not one for easy options. 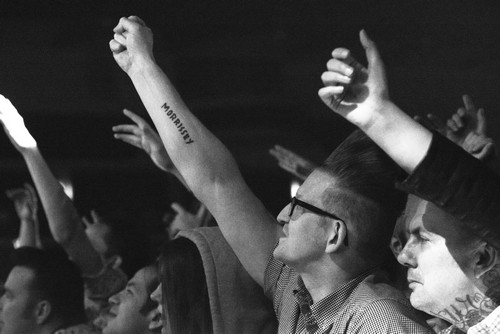