After the success of their pledge campaign to record latest album 'Kudos To You!' the Presidents Of The USA are back in the UK for a short tour to sample it's delights. Many excited faces are happy to see the trio back on these shores. 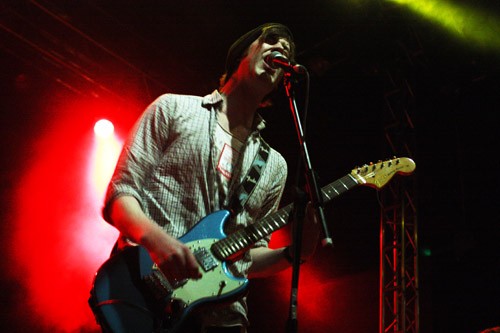 First up tonight, local band The Michael Ainsley Band are up for a short set. The band features Mr Ainsley, who after a solo start recruited members of Wakefield bands the Piskie Skits, Retarded Fish and The Runaround Kids. The West Yorkshire accent is clear to hear. From the pop punk of 'Long Distance' to the catchy 'Happy To Stay', the band smash about on stage like true rock stars. There may not be many here sadly for these guys but those that are enjoy it. 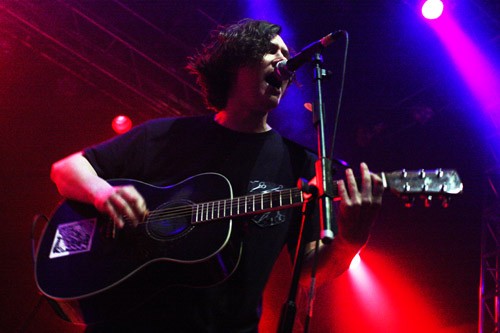 Next up the interestingly titled The Front Bottoms from New Jersey. Jumping from the WY accent to the very broad American accent is strange, but the band are interesting. Indie acoustic tunes like 'Twin Size Mattress', and the more upbeat 'Flashlight' are great tunes for the indie fans.

The main band though, who everyone here likes, are PUSA. The fun loving trio come from a city that spawned all the grunge gods, and turned that it on its head and turned up in the mid-nineties with songs, not about depressing things, but about peaches and boll weevils. Their catchy almost jingle style riffs and happy go lucky approach make them stand out.

It's straight into their version of MC5s 'Kick Out The Jams', then onto their own brand of wacky tunes with 'Kitty' from their debut self-titled album. There's plenty off this album too, much to the delight of the fans in the crowd. A couple pop up like the title track from 'Love Everybody', there's nothing from 'Freaked Out And Small', maybe because that used fully stringed instruments. Some from the second album 'II', but mainly the first and latest albums rule the setlist. And there isn't a lot of difference in the song styles since '95; they are still the same old PUSA. 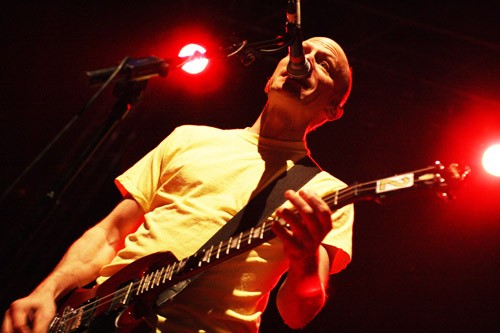 Close up to the stage you can see the basitar and guitbass set ups that the band famously recorded all but one of their albums with, mainly by counting the tuning keys! Singer Chris Ballew is nearing 50 but still bounds about like 20 years ago, whilst guitarist Andrew McKeag has a permanent smile on his face throughout.

'Peaches', and 'Lump' obviously get the biggest reactions, with everyone singing along. 'Video Killed The Radio Star' (originally by The Buggles) is a great way to finish the set, even though it doesn't finish straight away, with the ending started a fair few times, then a bit more 'Kick Out The Jams' to close.

more about Presidents of the United States of America
more about The Front Bottoms
more about Michael Ainsley
more about O2 Academy (and Underground), Leeds