I think I need to get a grip a little bit. I feel as though I go all One Direction fan when it comes to Newton Faulkner. We've all seen them. Screaming, crying, hyperventilating. I guess it's cooler doing it towards Newton Faulkner than Harry Styles. I'm onto at least my 6th time of seeing him? I am a fully fledged stalker now. 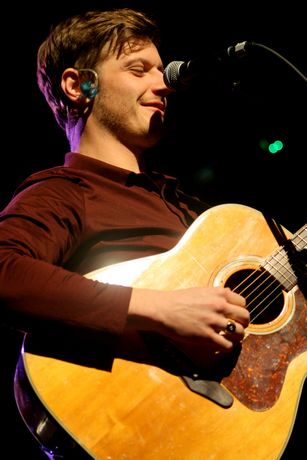 I trundled into the 02 in Birmingham and made my way to the photograph pit. It was absolutely freezing and so the quicker I could get myself amongst the thousands of people who had descended on the 02, the better. I have seen Sam Brookes supporting Newton previously but when it's been a while, you can be forgiven for forgetting how somebody sounds live. Brookes beautiful acoustic music opened the evening and opened my eyes. With 'Mystery Rob' on the drums, Brookes performance was stunning with his song 'Numb' completely stealing my heart.

If I am honest, 'Studio Zoo' slipped past me which is a shame as I completely adore Newton Faulkner's music. He created this album which saw him screening the process live online. I certainly have never heard of this before but I didn't get quite as swept up as I perhaps should have got. The stage consisted of the usual cosy Faulknerness. He had his teapot ready to go, with a book shelf behind him and carpet lay down. I even think I saw a Ragdoll of Newton himself on the shelves? No fuss or dramatics needed.

As I was photographing, Newton performed 'Long Shot' which is truly my favourite track of his. Faulkner has a beautiful way with crafting his song, "...I put my faith in me...'" Faulkner has an delightful nature. He chatted warmly with the audience and involved them, especially with the new songs. Faulkner taught harmonies to the crowd with lyrics being sung back. 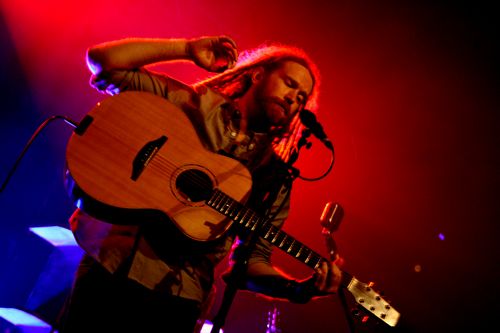 Faulkner normally takes to the stage by himself but this show saw him accompanied by his brother, Toby Faulkner, support act Sam Brookes and Celloist Beth. An unusual set up to see the stage so full but each component reflected what Faulkner was trying to do. Faulkner (Toby) and Sam Brookes both elevated the vocals and it also saw Brookes accompanying Faulkner on the guitar. I am a sucker for string instruments and so by including Beth and her cello was a wonderful surprise.

Newton's set was filled with everybody's favourites including his cover of 'Teardrop' by Massive Attack and 'I Took It Out On You', 'I Need Something' and 'Clouds'. Known for his covers, Newton performed Justin Timberlake's 'Like I Love You' blew me away, both hilarious and charming. It's worth mention that 'Orange Skies' was a truly beautiful way to finish the show. It's a huge compliment to Newton that even with 6 shows under my belt, I'm still amazed and stood in disbelief with how he plays and uses his guitar. To play the guitar, normally, then hit it like a drum, play it with his mouth and retune his guitar, while playing a song to hit different notes, all while singing as well...

He simply cannot do anything wrong. I adore him. 'Studio Zoo' is a masterpiece. 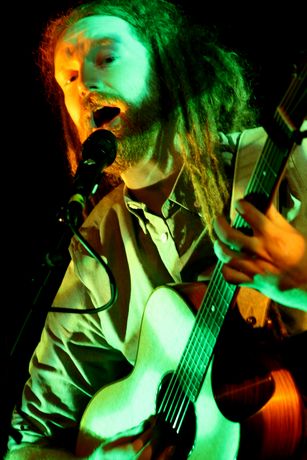