Ezra Furman / The So So Glos

Fast becoming purveyors of new, exciting and emerging music, Cardiff's 'Fizzi' collective of promoters brings Ezra Furman to our attention at The Moon Club tonight. Ezra (from the United States) takes in Cardiff as part of his wider European tour in support of new album 'Day Of The Dog'. Something of a chameleon, this latest rock 'n' roll incarnation with flashes of punk/new wave is a somewhat different beast to the pop/balladry of his first solo album. 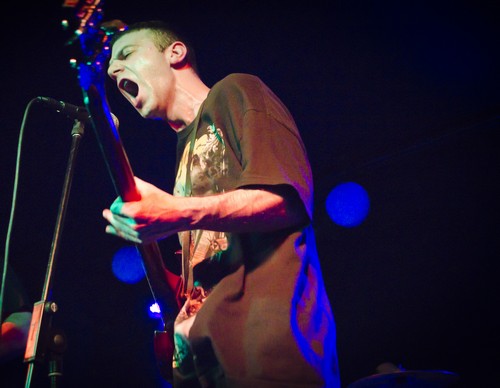 Tonight's show sold out a few days ago, and there has been a palpable buzz surrounding his first visit to the Welsh capital. The question now is, can he deliver? As I arrive I witness some disappointed ticket-less fans being turned away from the door. As I make my way upstairs, the venue is already full as I squeeze past students, various thirty-something's and indie kids. I am greeted by a full-on punk rock assault by New Yorkers The So So Glos. Their short 8-song set bursting with spiky attitude, ferocious riffs, distinct melodies and punchy vocals captivating the crowd. They are punk in every sense of the word, commenting on a number of social issues within their writing. At one point vocalist Alex Levine apologising to the audience for America's dominance in the world. They leave us with a raucous 'We Got The Days' from their first album. As I look around the room it's clear from people's faces, that Cardiff has taken them to their hearts. 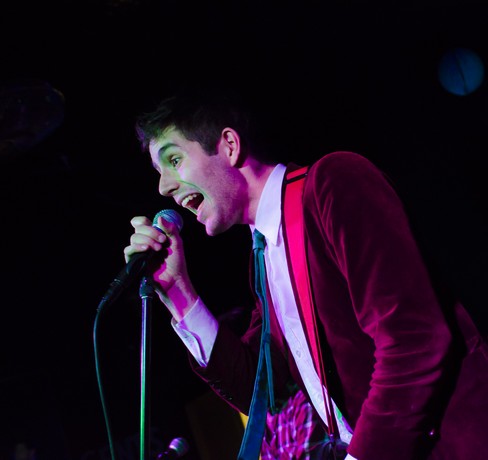 After a brief interlude, Ezra takes to the stage with his band The Boy-Friends and opens with 'I Wanna Destroy Myself' from the new album. It has to be said, these guys are tight! With Tim Sandusky on Saxophone and Ben Joseph on piano/keyboard with a few other instruments for good measure, it's clear this offers Ezra infinite possibilities. The set is peppered with songs influenced by old-school rhythm and blues, soul and rock 'n' roll all combined within an irresistible live proposition. Much like fellow countrymen before him, Ezra also makes reference to America's foreign policy, he also speaks of his first visit to Cardiff and how overwhelmed he is by the crowd reaction. There is much singing & dancing in evidence tonight, which erupts further as Ezra introduces the infectious sunny bliss of 'My Zero'.

60 minutes after taking to the stage, it's all over. Judging by the chants of the crowd, they clearly haven't finished with Ezra just yet. As I leave, my ears ringing from what was a remarkable rock 'n' roll show; I can't help thinking that this is merely to start. The future looks very very bright indeed!