The beautiful old Victorian structure of Concorde 2 stands out as one of Brighton's most popular venues not just for its live music but as a bustling night club too, located under the iconic promenade on Brighton sea front, steeped in heritage and oozing with character. This set the scene for a night of undulating performances. The headline act was supported by the fantastically refreshing Raglans, an Irish band who, with their melodious vocal harmonies coupled with an outstanding instrumental quality, gave rise to an enthusiastic reception. The use of several different instruments gave some great sounds and everyone loved the cow bell breakdown! Leading up to their debut album release on March 21st the Raglans are certainly turning heads and giving a lot of energy, let's hope to see more of them! So with appetites suitably whetted for what was to come, the Raglans set the bar high. 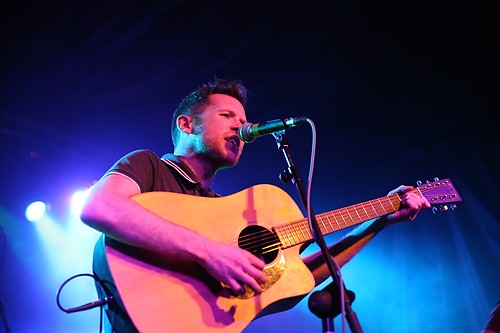 The Strypes took to the stage with an instant explosion of sound igniting hysteria that blessed the ears of the wonderfully diverse audience that is typical of Brighton. The excitement was held high throughout the entire performance with their Bluesy vibes and great 70's rock 'n' roll notions. Lead vocals Ross Farrelly, with his reserved persona and trusty harmonica added a welcoming dimension to the show. Guitarist Josh McClorey maintained a faultless routine and gave everything he had both to his audience and to his band. There wasn't any noticeable theme to the event other than that of good honest music that sparked the only emotion you could hope for. Happiness.

It wasn't long before the crowd eased into the boogie and embraced the upbeat nature of the gig. The set started with a cover of 'Step On' that was performed with a unique twist while still respecting the origins of the song. From here, the suited and impeccably styled quartet recited a perfect blend of their own works combined with covers that ring with subtle influences to their own writings, comfortably absorbing the night with a fluid rhythm. 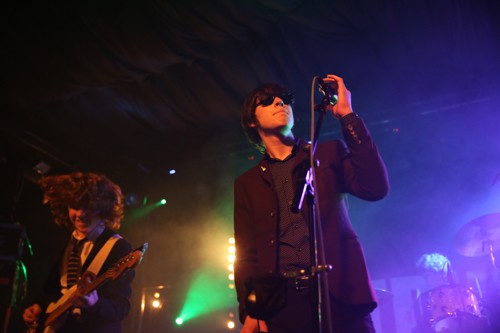 A generic encore gave rise to another 5 or so songs, as well as flailing bras and a gladly participated sing along to 'Louie Louie' leaving a satisfied gathering heading off to soak up the delights of Brighton town.

The Strypes, while still studying at school went from releasing a self-produced EP to relative stardom almost overnight with an iTunes number 1 on the Blues chart back in 2012. This came to quite a shock and gave rise to a record label battle for these talented youngsters. After gigging in local pubs and venues and few larger gigs over Ireland, the Lads met the right people and subsequently secured an invitation to support the Arctic Monkeys on their 2013 tour, imagine that Considering the age of these very talented musicians, you can only commend their maturity at handling their first headline tour with such precedence. To quote Sir Elton "They're just like a breath of fresh air" and indeed they are.

more about The Strypes
more about Concorde 2, Brighton