Frank Turner has seen his popularity grow in recent years, and now embarks on his biggest headline tour to date taking in arenas all over the country in support of his new EP 'Polaroid Picture'. This comes off the back of his number one album 'Tape Deck Heart'. Cardiff has the honour of being the first date on the tour and sees Frank once again bring along an old friend, Beans On Toast as support. 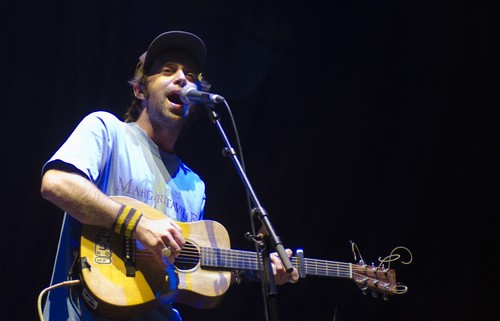 Much like Frank, Beans has paid his dues playing bars/clubs/village halls and busking all over the UK. "Beans" or to give his full name - Jay McAllister describes himself as a "Drunk Folk Singer" but that only tells you half the story. Forty-five minutes after the doors open finds Beans delivering his brand of punk/folk poetry to an arena almost two-thirds full. It seems most were curious, or tempted enough to get there early! I have heard it said many times that it's not always possible to connect with an audience in large venues, this would not appear to apply to Beans.

With effortless ease he is conversing, bantering and getting us involved in his show. Whether asking us to sing-along (and giving us the cues to do so) or simply letting us "decide" the set. Often giving us the choice whilst checking his phone all the time to see if he has enough time left. The audience are lapping this up, and there aren't many opening acts that can get the crowd singing to songs they may not have heard before tonight. Such is the charisma and charm of what Beans does you can't help going along with it. 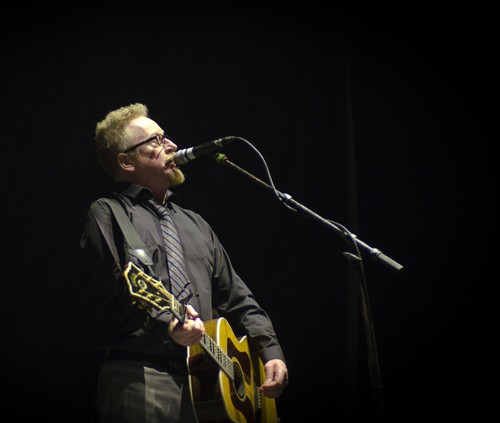 No more than 10 minutes after Beans set, Flogging Molly burst onto the stage and the crowd simply erupts. Cut from the same cloth as The Pogues & The Dubliners, you know you are in for a good time with their brand of Celtic punk. As frontman Dave Kings charges around the stage, Guitarist Dennis Casey is throwing 'rock star' shapes and scissor kicks about the place. If I had to sum them up in a few words it would be "big band, big sound, big tunes" what more do you want? 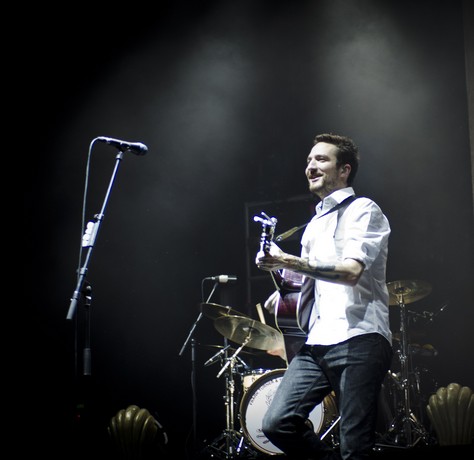 With the crowd whipped up courtesy of Flogging Molly, it's on to headliner Frank Turner and The Sleeping Souls who have just returned from the states after touring some of their smaller clubs. And what an entrance, normally you may see the artist saunter onto stage, or appear out of the darkness but tonight the whole stage is hidden behind a huge backdrop.

There is nothing to see, no instruments and no roadies setting up. Then as the houselights dim, the backdrop falls to the floor to reveal the band as they kick off with 2008's 'Photosynthesis'. The crowd are in fine voice, shouting/singing the chorus straight back at them.

The rest of the set is a tapestry of the new and old, its telling that songs such as 'Recovery' or 'Plain Sailing Weather' from the latest album sound as "lived in" as the previous material. This is not a criticism, more an example of an artist maintaining the quality of his songwriting. In between songs, Frank tells us how good it is to be back in the UK after touring abroad, about previous shows in Swansea and Newport and of course Clwb Ifor Bach in Cardiff where in 2008 he played to about 100 people.

Tonight (and just a stones throw away) he is playing in front of some 5000 fans who hang on his every word. Despite success, there is no taking this for granted or pretension. Whilst his show is no doubt slick, there is no escaping the sincerity and honesty of a singer-songwriter who hasn't forgotten his musical roots. The night ends with 3-song encore ('The Ballad Of Me And My Friends', 'I Still Believe' and 'Four Simple Words') and many sweat drenched fans make their way out of the arena chanting and singing as they go. With this kind of reaction, it's not difficult to see Frank headlining major festivals in the near future. 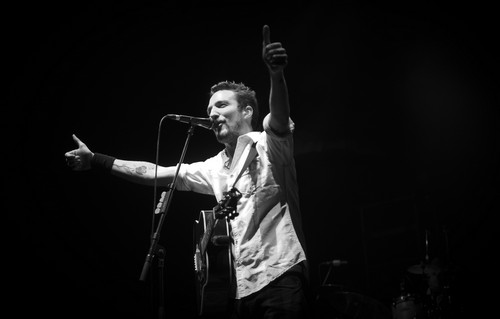