When the Neds have an anniversary, they don't celebrate alone. For their 25th year they have invited Leeds funky bunch CUD and indie disco hit-makers Republica to come and celebrate with them. Not to end it there, they enlist Carter USM's Fruitbat to spin the tunes between sets too. A night of 90's indie rock awaits. 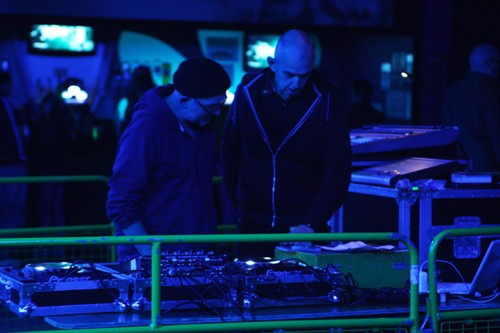 I'll not lie, it's pretty dead at first, as Fruitbat and his and fellow Carter member Jim Bob's best bud Mr Spoons. Mr Spoons seems to be doing most of the technical side of the DJing, with Fruitbat and himself choosing classic late 80's and early 90's anthems from Blondie, Bowie, The Specials, Kriss Kross, The Clash and sneaking the odd Jim Bob solo tune in for good measure. It's a good mix, the crowd are reliving their youth quite well. The fact that there is only one bar open is perhaps a mistake by the venue, but it does not take a stupid amount of time to get served. 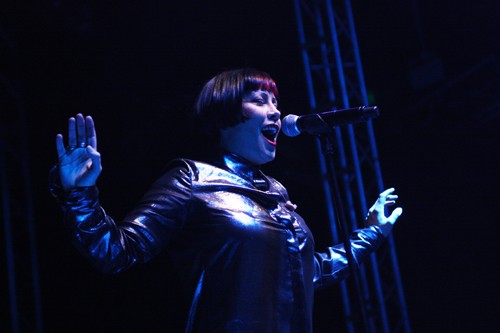 Republica are back and since their reformation in 2010 have released a new EP 'Christiana Obey' and a tour is planned next year with fellow 90's indie band Space (remember 'Female Of The Species'?). it's mainly the original line up too, with Keyboardist Tim Dorney, guitarist Johnny Male and vocalist Saffron all hailing from the time they formed in 1994. Drummer Conor Lawrence is the only new addition, which you can tell as he looks rather young.

Saffron (aka Samantha Sprackling) has the trademark black and red hair, and is still an engaging frontwoman. She ensures the crowd move forward, and still bouncers around the stage as they did in the early years. 'From Rush Hour With Love' and 'Drop Dead Gorgeous' are obvious classics, and new song 'Halleluiah' with its heavy guitar riffs is very catchy. There's only one song that everyones waiting to hear though, as is the case with many bands unfortunately. Male jokes "We've only got one more song left, I wonder what it's going to be". 'Ready To Go' was a hit in 18 countries, and it's still a great tune to hear after thirteen years (and live, not on a TV commercial). Great if short set. 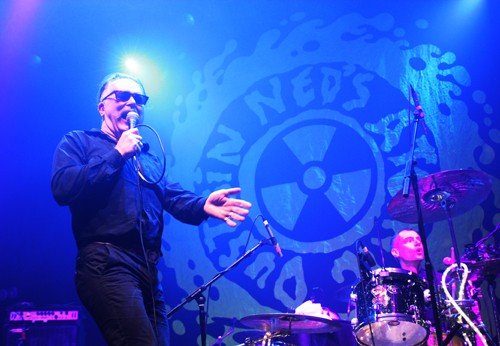 CUD on the other hand have been promised a long set, starting at 8.15pm. They do not waste any time, pulling out rarities too. For Carl Puttnam, CUDs gyrating frontman, it's Movember every month. Many a man would kill for his blond cavalier style top lip hair. William Potter is bouncing around while holding down those funky basslines, as Steve Goodwin makes those beats skippy and the one and only Mike Dunphy rocks the indie guitar. Starting with 'Hey Boots', it's nonstop CUD action from the four Leeds graduates. 'Love In a Hollow Tree', 'Slack Time', 'Strange Kind Of Love', 'Rich And Strange', 'I've Had It With Blondes' and 'Purple Love Balloon' are all hits for the crowd, plus the rare 'Heart' which hasn't been played in 20 years. Excellent home town gig. 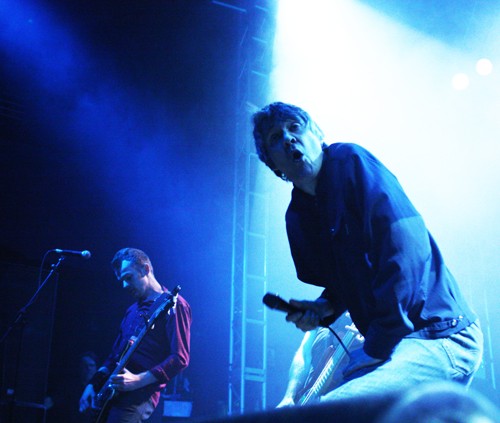 Ned's are up next. It's been 25 years since the five kids looked at the four bassists between them and decided who should play what instrument. Luckily two of them did and Ned's Atomic Dustbin was formed in Stourbridge. Continuing the tour in Birmingham and London after tonight, this line up is sure to transport many punters back in time. The two bass plan has long but gone but the tunes still rock as hard.

Singer Jonn Penney doesn't half compliment the crowd, saying with a gorgeous lot we are. He and his fellow band mates are all smiles on stage, showing what a fun gathering this is. When they reformed they said it was like no time had passed. The set is loaded with hits too, 'Grey Cell Green', 'Not Sleeping Around', 'Walking Through Syrup', 'Stuck', 'Intact', 'Happy', Kill Your Television'. Not knowing a lot of Ned stuff beforehand I particularly liked 'Trust' and 'Until You Find Out' (two very contradicting song titles I might add). The sound starts off slightly muffled unfortunately but soon rights itself. Fruitbat and Mr Spoons are dancing away in the mixing booth... It's a grand night to travel back in time.

You Don't Want To Do That
Kill Your Television
Selfish