Two Door Cinema Club have had a fantastic few years. With their second album 'Beacon' hitting number 2 in the UK Album charts and lead singer Alex Trimble singing at the Olympic opening ceremony, the Northern Irish indie rock back are firmly cementing themselves in the UK music scene.

With a near sold out tour, I headed to the 02 in Birmingham for a night of wonder and splender. Unfortunately, the first of the support acts, Swim Deep were terrible. My opinion, granted, but also the opinion of many people around me. Dull, repetitive and not even worth discussing if I am completely honestly so I will skate over them... quickly. 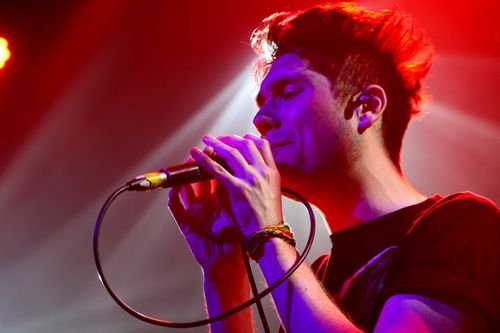 However, Bastille. WOW. Never have I seen a support act where I was genuinely concerned that they may actually be better than the headline act. Dan Smith's voice is so unique and mesmerising! I could not and cannot get over how amazing Bastille were live. So much so that I instantly brought tickets to their own headline tour in March and April. With songs including 'Flaws', 'Bad Blood' and my favourite, 'Overjoyed', Bastille annihilated their set. BOOM.

Two Door Cinema Club are slick. Their live performance is epic and the songs which they have created are those which actually stand up to mainstream music and dare to be a bit different. 'This is the Life' , 'What You Know' and 'Sun' were highlights of the night yet every song caused the room to erupt. 'Beacon' is a sophisticated album and the songs have a disco edge which create a hysteria around the band. It makes them stand-alone in an ever expanding mainstream market. 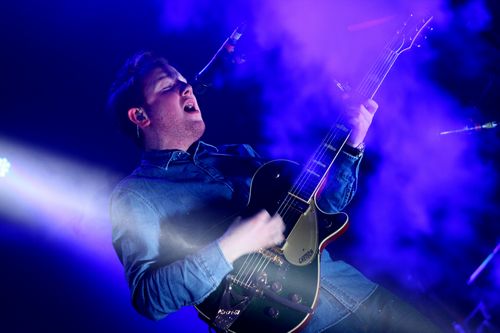 While the band don't get the recognition in the charts for their singles as they don't sing about "...I just met you and this is crazy, but here's my number, call me maybe..", they are lapped up in the advertising, video game and soundtrack communities. This, in turn, makes their music instantly recognisable The support in which the band have are relentless and a tad frantic. A great mix of ages though which was echoed in the guy stood next to me, with his teenage daughters, singing every single song and line. That, to me, is the sign of a great band. Alex Trimble, Sam Halliday and Kevin Baird are clearly incredibly hard workers and this is highlighted in what the audience at the 02 were shown. Exquisitely executed guitar skills and quirky basslines make TDCC one to seriously keep an eye on. Surely, they can only get better.

The amount of teenage kids who were being dragged out of the 'mosh' pit was ridiculous though. My pet peeve is people who go to concerts and are determined to ruin it for everybody. Whats the point? You pay £20 odd quid for a gig ticket to act like an idiot. What happened to enjoying a gig without becoming paralytic?! I was there, in my jeans and a top while all around me where hoards of girls in shorts, heels and faces full of make-up. Maybe I am just growing old and cranky.

The great thing about Two Door Cinema Club is how while other bands bring you up then drop you down during a set, Two Door kept the hits coming, and mostly importantly kept the audience enthralled and high which is a tough feat to do. They runaway with the crowd and what more do you want from a gig than a bloody good night and bloody amazing music! 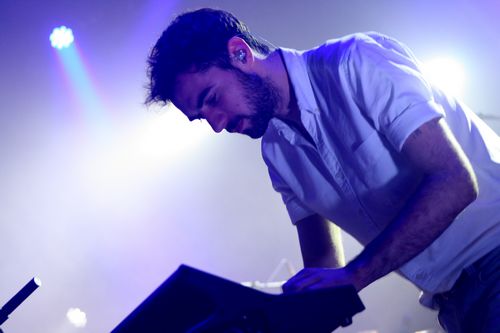