Rancid are back after playing this years Rebellion festival in Blackpool to celebrate their 20th anniversary with a UK tour. Gimp Fist are on first, but it's GBH we wander in to catch. Now these guys have been around over thirty years, the band that tour today are still the same trio, with Scott Preece being their drummer now for over seventeen years. 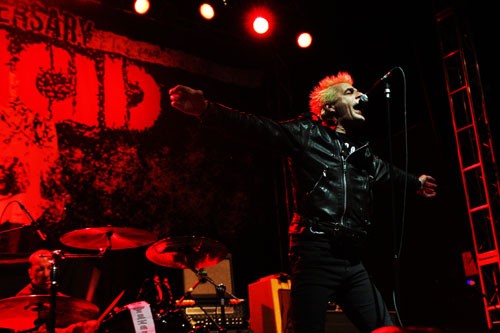 There are plenty of fans in for these UK street punk legends. They reward them with tracks like 'State Executioner', 'Dead On Arrival', 'Generals', 'Catch 23', 'Alcohol' and 'City Baby Attacked By Rats'. Its hard punk with a rock and roll edge to it and the band are as impressive as a band half their age.

And here's a younger band that are not that far behind them in the veteran status Rancid celebrate their 20th anniversary this (well, 21st as they formed in 1991). They hit the stage running no introductions but straight into 'Roots Radicals'. There are many more tracks from their most well-loved release, 1995's '...And Out Came the Wolves'. 'Maxwell Murder', followed as it is on the album with '11th Hour', 'Journey To The End Of East Bay' and personal favourites 'She's Automatic', and 'Olympia WA' rule the set list. 'Nihilism' and 'Radio' from 'Let's Go' are also winners, but it's the encore including 'Time Bomb', 'Tenderloin' and of course the almighty 'Ruby Soho' that rounds off one of the best live performances by this band. 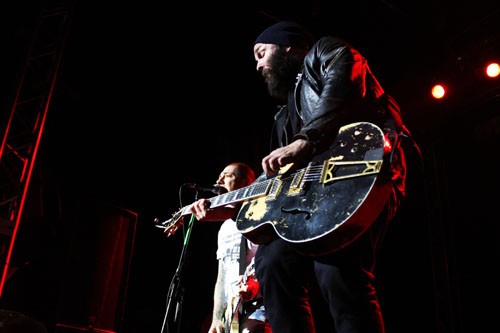 Their music never matched their image, hardcore punks but playing the most catchy ska-tinged punk, hence their crossover appeal. Punks young and old get their stuff; not just X-generation punks or Oi! Punks or all those others divided over how it should be Rancid cross over them all. Lars Frederiksen looks more punk than anyone I have seen, all the way up to the impressive tattooed forehead. Tim Armstrong has grown a huge black beard. These two exchanging vocal duties whilst playing guitar always gave the band two styles that work great together. Equally bassist Matt Freeman and their drummer since 2006, Branden Steineckert, create that complicated rhythm section brilliantly.
Watch out for a new album next year, and fingers crossed a tour to go with it... 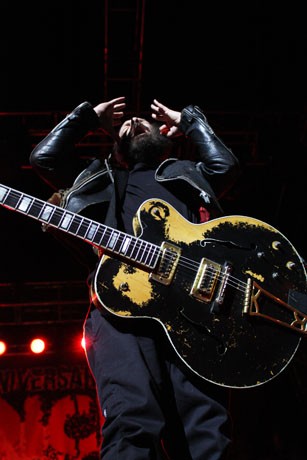