With no support the show tonight was due to start with the double billed headliners at 8.30pm. The doors opened at 7pm. This is far too early who's gonna stand in an empty hall for over an hour? Even the beer sales from the ten people here will not cover paying for bar and security staff in this room for that extra time; call me stupid but...

So we sit in the more lively bar downstairs in the refurbished Academy 2 and 3 Students Union building. A random punter is offering out quality streets to everyone. It feels Christmassy. Soon though time has flown and we can head up stairs to wait a little longer for Evan Dando and Juliana Hatfield. 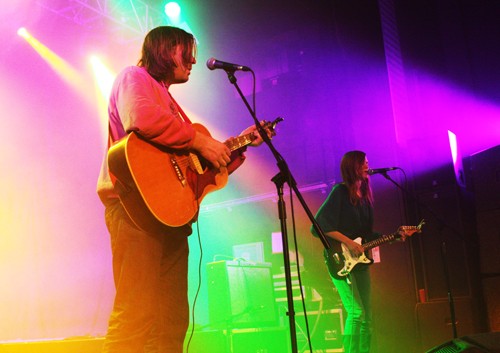 The duo from Boston were pin ups back in the day for the alternative rock fans, finding fame with The Lemonheads and Blake Babies. Tonight will be the first time I have seen Juliana Evan makes the trip over the pond a lot more than she does (it's been over a decade in fact she says). Tonight we get to hear tracks from the bands they made famous, plus covers and, what's most exciting, is listening to those old Lemonheads tracks with the Hatfield's high raspy vocals finally live.

After a bit of a late start where Dando plays 'Being Around' as Juliana sorts herself out, the scene for the night has been set. The couple are playing songs like their jamming at someone's house... playing as a duet sometimes, and then taking turns batting the performance duties between themselves like musical table tennis. There's no real structure to the set, and at times it can seem like a mess, with Hatfield forgetting some lyrics to covers ("Line!") and not hitting every note she goes for, but the crowd love these raw performances even more. 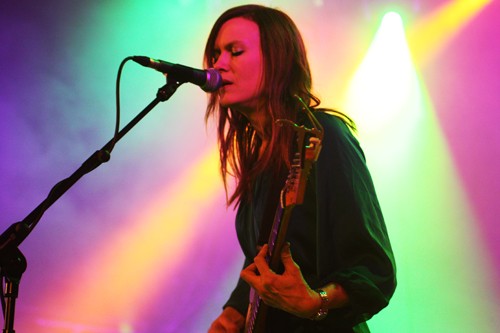 Covers are from a huge mish mash of musicians, including Teenage Fanclub ('Cells') and Velvet Underground's 'Pale Blue Eyes'. The rest is solo work by Evan Dando, Juliana Hatfield, or their respective bands The Lemonheads and Blake Babies (the later only has stuff from the last album 'God Bless The Blake Babies' that Evan played bass and sang on.

There are huge cheers for Juliana's solo tracks, as there is for Evan's Lemonheads tracks. They each take time to sit out and let the other play a solo track, with the covers are mainly played as a duet, although Hatfield just has released a self-titled covers album so she takes centre stage for these. Evan plays a couple of his solo tracks, but mainly kicks out Lemonheads songs. The best part of the show for me is finally hearing Juliana's girlish harmonies backing up Evans' deep vocals on tracks like 'Smile' and 'My Drug Buddy', and other tracks from the album 'It's a Shame About Ray'.

The encore is all Dando's though, finishing with 'Tenderfoot', with Juliana watching him sat on the stage. Despite the odd blip and odd bum notes the musicianship more than makes up for this, and the feel good show of two old friends finally working together again gives all us in the hall a glow. Look out for a new Lemonheads album next year, featuring these two and other ex-members like Ryan Adams and Ben Deily. I hope there's a tour to support that release! 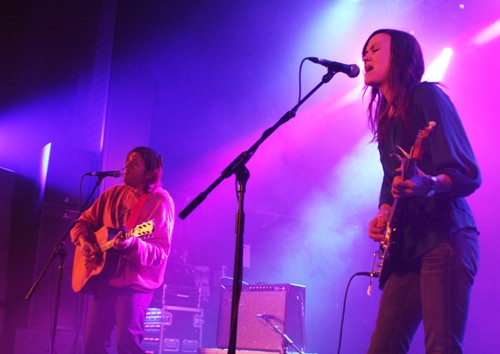