I love early gigs. Getting home early on a school night is always a bonus. Missing the beginning of a gig because it starts so early though undoes this bonus. I rush in just to capture the middle of Willy Mason's set. This was gutting as he was the reason I wanted to come to this show. Unfortunate then, that for every one person who was listening to him, thirty were not. I couldn't really hear his Americana folk over the hundreds of chattering students everywhere; front back and centre. His set was too short too at half an hour but that's what support get I suppose. 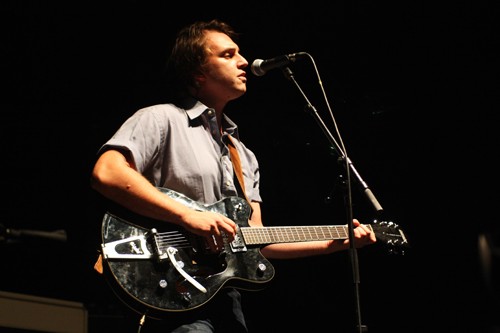 That's enough time to play through some hits like 'Where The Human's Eat' and 'Oxygen' (yeah, most of the crowd shut up then, cheers for that). 'I've Got Gold' is a foot stomper of a tune. The awesome 'Save Myself' didn't get as much backing from the crowd as it usually does all in all Leeds disappointed me with its overall lack of enthusiasm for Willy, when it once loved him so much. I must stress though this does not happen at Mr Mason's normal sell out shows.

Now for another very talented youngster by the name of Ben Howard. He came to my attention with his songs plastered over TV advertisements and radio stations playing his stuff non stop over the airwaves. Must admit I like it though. It has the same beats in parts that Willy's stripped down folk has, though Willy has a laid back charm, and Ben has emotion pouring out of him.

I'm not comparing the two though, as to me the only real comparison is that they had two musical parents (I only have the one, that's where I fall down) so being brought up with music has meant they can be this amazing just into their twenties. Not jealous at all, no... 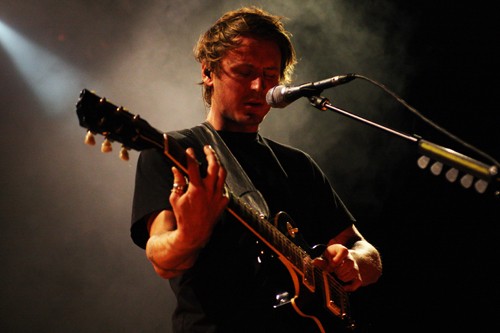 With eleven songs to play in an hour and a half you would think they would be drawn out mammoth orchestral pieces, but they are engaging built up pieces of music by some talented musicians. The bunch of what look to be Ben's close friends have some real on stage chemistry, and can multi task no end. Who else can play bass or guitar whilst playing the drums, and at times singing? Me neither.

The lighting throughout the show is very atmospheric too, and adds to Ben's emotional vocal delivery and his sweet folk pop tunes. Eye candy for the eyes and ears. Mainly eye candy for the masses of young females in the crowd who give a Beatlesmania type of scream whenever the shy looking and quiet Mr Howard looks up.

'Only Love' and 'The Wolves' are the obvious crowd favourites, and are bloody catchy. Not bad work at all for a guy with one album to his name. With this amount of talent (playing lap guitar for one tune too!) I see this guy making a few more albums. Let's just hope Leeds don't forget and talk through any future support sets like they did Willy's. 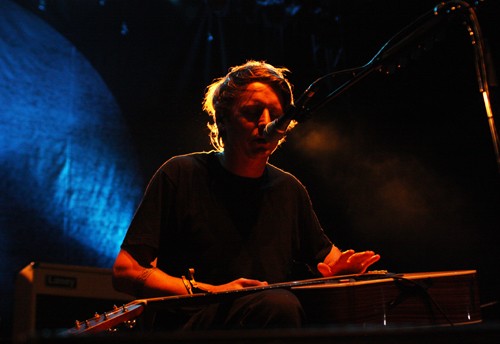