Pearl Jam, returning after only 3 years to our shores, do the fairest thing they can and play in the centre of the island, making it fair for all fans. Good lads! 2009 saw them play London twice and Manchester only once, this time we get them for both shows before they head off to the Isle of Wight festival and then onto Europe. As any hardcore Pearl Jam fan knows they never play the same set twice, and with nine albums to choose any song from they certainly like to mix it up. You always can rely on one or two songs every night (where would the show be without 'Alive') but the rest could be anything from hits to obscure covers to songs not played live in ten years. All part of the appeal. That and they put on a bloody good show!

We miss 80's punk band X as the only support, but everyone says they were very good. The arena is packed, the merchandise that PJ are well known for is flying off the wall; it's shaping up to be a good night! 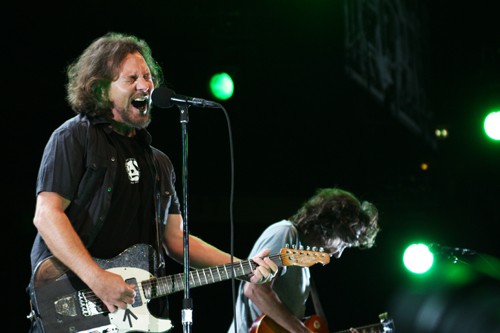 As the sounds of 'Metamorphosis 2' by Philip Glass fade out the band come on to 20,000 screams and softly glide into 'Release' the stage is woken up after that beautiful tune with 'Do The Evolution'. The lighting and back drops are spectacular, timed perfectly with the tunes and showing the sheer size of the sold out crowd at particular times. Eddie even uses his guitar at one point to bounce back a light ray onto the crowd.

You do have to be a true Pearl Jam fan to get truly enjoy all the songs they play live. If you've come just for the hits then you may be slightly disappointed tonight's show has plenty of hits though, with the bulk coming from the 'Vitology', 'Vs' and 'Yield' albums. There's a couple of covers, namely 'Why Can't I Touch It' by the Buzzcocks and 'Arms Aloft' by Joe Strummer & The Mescaleros, with Vedder giving praise to the former Clash frontman. Of course there's Neil Young's 'Rocking In The Free World' too, played after the house lights go on, running them over time, making the show very long at nearly 2 and a half hours! The tickets may cost a little bit extra than normal but they are definitely worth it.

The band look to be all having incredible fun. Jeff Ament has his own rug (to stop his double bass slipping) which looks like he's created a cosy home from home corner. Mike McCready is a flirt with the crowd, and is on fire playing those PJ hooks that we all love. Stone Gossard and Matt Cameron are giving it their all, and of course Eddie Vedder's baritone vocals are amazing as always. He is fuelled by red wine, and he always hands the bottle (sometimes empty, sometimes with a bit left in) to a crowd member. What a souvenir. Tonight at the end of the show he spits the red juice into the air, and then throws it on the crowd. Is it wrong that instead of thinking "nice one" I'm thinking "that'll stain!" I had to tell myself to do the opposite of grow up! A PJ tee with red wine on it from the man himself is another great souvenir... 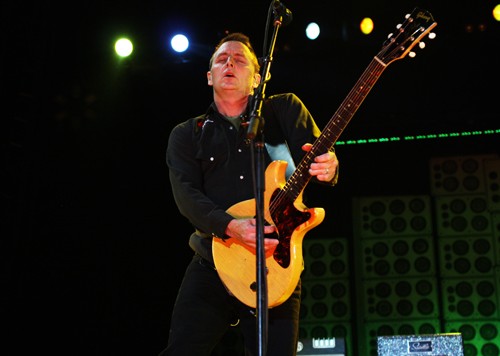 There is mention of a request, and as 'State of Love And Trust' fills the air Vedder pulls a sign from the crowd asking for this crowd favourite. Of course 'Alive' has the biggest sing-a-long of the night, along with 'Evenflow', 'Jeremy' and 'Black'. 'Pilate' was last played over here exactly 12 years ago on June 20th 2000. My favourite song 'Porch' takes us into one of two encores... again value for money!

Pearl Jam's excellent 70's style rock with 80's post punk grit and classic riffs (I don't like to class them as Grunge because of their location and timing of fame, they differ greatly from Soundgarden and Nirvana's sound) covers all spectrums. Beautiful songs like 'Elderly Woman Behind the Counter in a Small Town', 'Nothingman', 'Come Back' and 'Immortality', show their slower side whilst 'Why Go', 'Do The Evolution' and 'State Of Love And Trust' show their fearsome spiralled energy unleashed, with 'Corduroy', 'Better Man' and 'Pilate' holding the best of both worlds.

It's hard to find a band that has that much love from their fans, and who look after their fans too. Our fan club tickets are slap bang at the side of the stage, those with standing tickets were allowed in early to get to the barrier first. At the end the band look visibly in awe at the crowd and you know they appreciate everyone single person there, as well as their crew and families, plus a few dedications (a sad mention about Scott Johnson, the poor guy who died in the recent Toronto stage collapse) and to some friends who were getting married in America, and Mudhoney who will be watching the "Euro Cup at home." 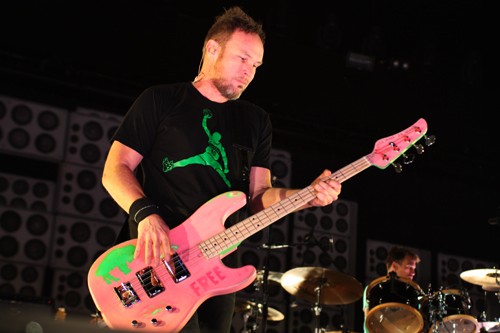 I went to the second show the night after too, with its different setlist (Go, Animal, Hail Hail, I Am Mine, Wishlist, Even Flow, Lukin, Not For You, Down, Amongst The Waves, Daughter, Deep, Present Tense, Once, Save You, Better Man, Inside Job, Off He Goes, Just Breathe, Hitchhiker, Rearviewmirror, Wasted Reprise, Life Wasted, Alive, Sonic Reducer, Yellow Ledbetter). And now I have what is commonly known as Pearl Jam Tour Depression. Little is known about this awful affliction, the only cure is more PJ shows. I hope it's only another couple of years until one of the best rock bands in the world return to these shores. 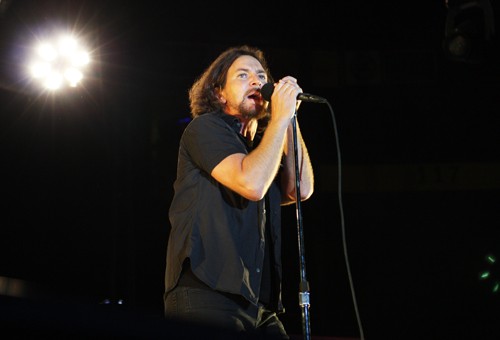 more about Pearl Jam
more about The Phones 4u Arena (Manchester Arena), Manchester