Leamington Assembly is a wonderful venue. I have said it before and I will say it again. It feels romantic as if anything could happen - what a line!

I won't lie. I was stupiiiiiiidly excited about this gig. I think I have a knack for choosing amazing gigs. Having seen Mr Newton Faulkner at Summer Sundae last year, I'm pretty much enchanted by his voice. As the show was sold-out, I guess I wasn't the only person to have high expectations and a heart full of love for this man. 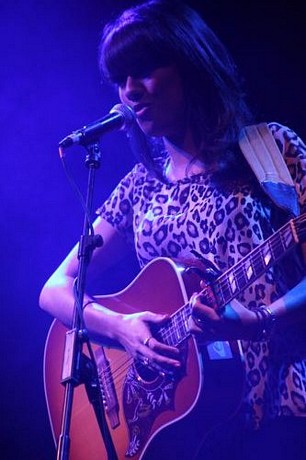 We arrived at the venue just in time to catch the first support which came from the beautiful Charlotte O'Connor. One girl and her guitar. Hailing from Blackburn, this singer/songwriter writes honest music. 'Standard Lads' was one which stood out for me which was about a group of lads who really annoyed her back home. O'Connor is the sort of musician who grinds away everyday and works extremely hard to prove herself and this is felt through her songs. I could have happily listened to her all night. She has a genuine, soulful voice.

Union Star took to the stage second and were a 7 piece band but only 2 of them were on tour with Newton Faulkner. While the audience seemed to enjoy them, they were not to my personal taste yet I appreciated what they were doing as a band I feel that I would have enjoyed the entire 7 piece more. They were a nice support act to listen too.

Faulkner's set was beautifully and carefully put together. Each track flowed effortlessly and if the set was anything to go by, his new album will do incredibly well. Faulkner may not always be in the public eye but it is clear that his following is strong and definitely not the silent type. 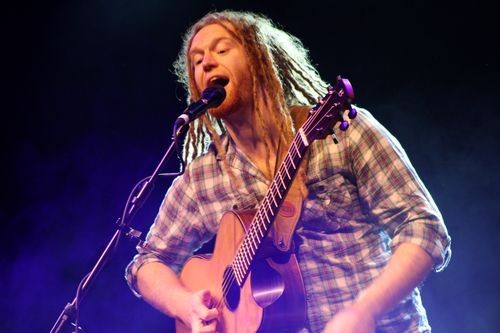 The Leamington audience were lucky enough to see Faulkner's renditions of his songs in the form of Bob Dylan, 'Flamenco-esq' and that of the Kings of Leon which were all spot on.

The audience were treated to the charming 'Professional Dog Food Taster' while technical issues were sorted which sent the room into hysterics, "...he was a professional dog food taster, but nobody believed him..." - such a ridiculous thought but the song works! It needs to find a place on an album at some point.

'Write It On Your Skin', 'Bricks' and 'Pick Up Your Broken Heart' were all sampled from the new album and demonstrated Faulkner's evolving sound and in our interview, Faulkner spoke of how "I think I have much more of an idea about how I fit into the musical spectrum" since making his new album and with the songs that he played from it, he has definitely found his place within music. 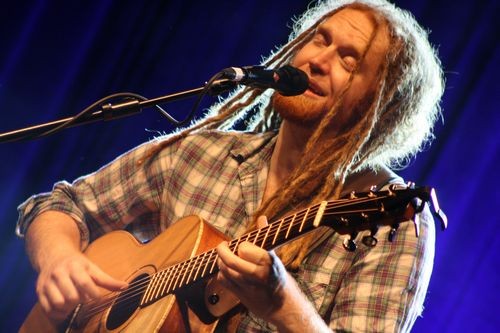 'Long Shot' was by far my favourite from the set. Faulkner has a lovely way with words, "...I put my faith in me..." He inspires his audience and he inspires me individually. Obviously Faulkner diverged back into his roots with his first album with 'Teardrop', 'Dream Catch Me' and 'Gone in the Morning' which the audience lapped up instantly, singing every word and in some cases, singing the guitar riffs back to Faulkner!

Faulkner decided to head away from his expected cover of 'Bohemian Rhapsody' by Queen and covered Stevie Wonder's 'Superstition' which presented Faulkner's vocal range and talents with not just his music but others. Faulkner can take an iconic song like 'Superstition' and change it into his own, creating something unique and unforgettable.

Faulkner is extremely talented. There is no doubting that. The sounds that he creates purely with a guitar and also, by himself are nothing less than magnificent. Faulkner not only plays the guitar but he rhythmically tapped and hit his guitars body to create unique sounds which beautifully accompanied his music. Minus a few technical problems which Faulkner took in his stride, his approach to his music is heartfelt and sincere.

Faulkner has an wonderful nature about him. He chatted warmly with the audience and involved them, especially with the new songs. Faulkner taught harmonies to the crowd and I'm actually pleased to say that the Leamington crowd could actually hold a tune, much to my surprise.

As one audience member shouted out, "You sexy ginger man!" It's a compliment and take it as such - amen! 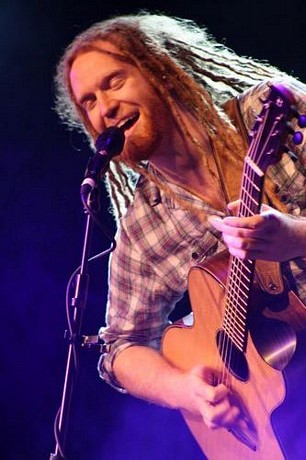