Scottish band, Twin Atlantic were in town on Friday night. I have been waiting to see this band since I heard 'Make a Beast of Myself' played on Fearne Cotton's show on Radio One. I promised myself I would see them live and here we are.

Support was provided by Dinosaur Pile Up and Arcane Roots, we got to the venue for the last couple of songs of Dinosaur, oh my Christ was it loud. Both bands provided a decent support for Twin and were along the same genre, unfortunately I found myself wondering off at times and shouting to my partner how loud it was, ear plugs are a wonderful thing. I'm not dissing either band and if I were 20 years younger I would probably find them both amazing, going on what the audience thought, (mainly 20 somethings with a few teens thrown in the mix) they thought they were the dogs doo-doo's. 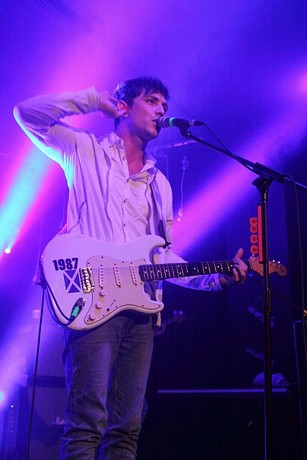 It was curfew night so it meant all the bands were on early, Twin Atlantic came on stage at 8.30, the audience erupted and went totally crackers, a mix of both boys and girls, screams for 'Sam' when he eventually came on stage and you can see why, he's the hunk of the band!

We were treated to a 17 song set which at times blew my ears off, showcasing 'Vivarium' and new album 'Free', which is an absolute peach and an amazing addition to anyone's music collection.

The set started off with the opening bars to instrumental 'Serious Underground Dance' which is for me the surprise track on 'Free', its amazing and quite refreshing to the ears and shows how talented Barry McKenna is, playing lead guitar, Keyboard and Cello and he can sing, this was apparent throughout the set.

The audience were whipped up into a frenzy when 'Make a Beast of Myself' was played, bloody hell, think I would've been crushed to death if I'd have been at the front the amount of moshing that was going on. I stood at the side of the stage for safety reasons and because I'm an old fart! 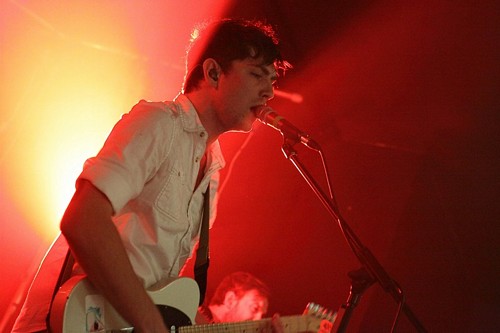 Hit after hit just kept coming and the audience never tired, it was like a sauna in the venue, hot, sweaty and stinky, sticky floors and sweaty bodies, big mistake standing by the bar.

'Ghost of Eddie', 'Eight Days', the amazing 'Apocalyptic Renegade' and stonker 'Edit Me'. So much passion and va va vroom, lots of moshing, crowd surfing, drink spilling and fist clenching, the band were so tight and passionate about their performance, I totally loved it.

So many devout fans, I watched as they mouthed every word and jigged about with endless beads of sweat trickling down their foreheads, they were in ore of lead singer Sam Mctrusty's endless energy and passion.

Songs of the night for me were 'Yes, I Was Drunk' and 'Free', totally amazeballs, I just loved the whole set, the CD has track after track of stonkers and there's not one track worth skipping, the band are so much better live and well worth seeing, they have so much passion for what they're doing that it comes through in their live set. It's no wonder Zane Lowe speaks of them so highly and tipped them for one of the bands to watch out for, get ya fingers out.

There are still a few dates left for this tour, if you can catch Twin Atlantic then do, you won't be disappointed. 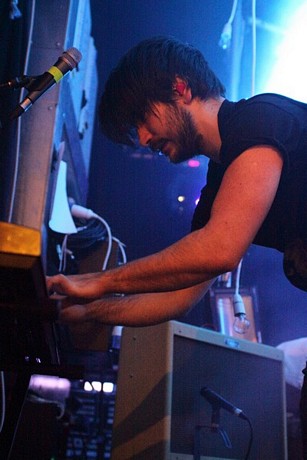