I arrive at the O2 Academy in the heart of Birmingham, less than 5 minutes walk from New Street station, this is one of my favourite venues in the world, no matter where you are watching I find it, acoustic perfection, and tonight there pa system is pushed to the limit, Chase and Status are in town touring there latest album 'No More Idols' possibly my most listened to album of the last 18 months, I was excited to see how they would bring that energy to the live setting, and I was not let down. 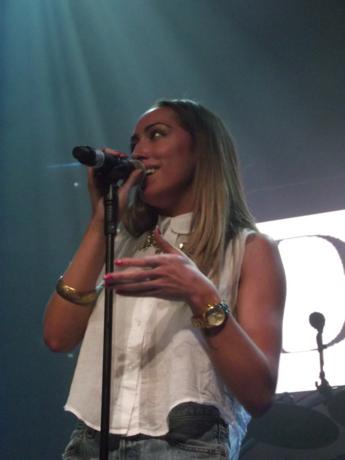 Soon after arrival the support acts burst onto the stage, first up was a new name to myself, Dot Rotten, he speeds through a 25 minute set of hard dirty hip hop grime, the crowd warm to him and start off the first mosh pits of the night much to Rotten's delight. Whipping the crowd into a frenzy, he leaves them begging for more as he departs, this could be a name to keep your ear out for, the pace is then lowered with a beautiful set by Delilah, she possesses the voice of a siren, and the looks to go with it. She goes down a storm, bringing the house down with her current single 'Go' stopping half way through the track before launching back into the Chase and Status remix which brought the pace right back up to boiling point for the entrance of Saul Milton and Will Kennard better known as Chase & Status. 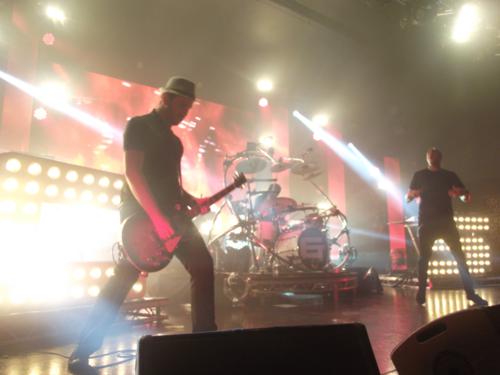 There was only one way this evening was going to end up, in a pulsating sweaty mess, and the crowd were not disappointed, after a few last minute set list changes Chase & Status took to the stage, kicking off the proceedings with their latest album's opening track 'No Problem', this could be the finest opening onslaught I have ever witnessed, the fanatical crowd bounced from wall to wall, and this did not stop for the hour and 15 minutes that they commanded the stage.

From the live drummer on his impressive circular framed space age drum kit, to Chase coming out from his decks and keyboards to take the guitar duties, they kept things fresh all night. Welcoming a plethora of special guests onto the stage, throughout the night they played a set dominated heavily by tracks from 'No More Idols', in itself a superb album.

They also delved into their back catalogue bringing out some of the heaver crowd pleasers such as 'Take Me Away', and 'Pieces', Delilah returned the stage to perform an inspiring version of 'Time. When another guest, Tempa T, took to the stage, the place erupted. His contribution to 'Hypest Hype' could have sent a shiver down Satan's spine, the energy and aggression thrown into the track was truly immense! Mass mosh pits flying all around the venue, and crowd surfers aplenty. This really is a band with there finger firmly placed on the pulse of youth culture in the UK right now and possibly are creating the soundtrack of a generation.

With MC Rage prowling round on stage menacingly all night whooping the crowd higher and higher. I found watching Chase and Status at this gig returned very similar rewards to extreme sports, supplying adrenaline in mass proportions. After disappearing off stage they returned for their encore accompanied by Liam Bailey for a note perfect rendition of 'Blind Faith', which almost brought the house down.

If you like your music hard, fast and loud in a drum n bass/dubstep style, do your self a favour catch this tour, it may be your last chance to see them up close at a sweaty smaller venue.