The legendary group, Big Audio Dynamite, featuring the Clash's guitarist Mick Jones and DJ Don Jetts hit Leeds tonight as part of a reunion tour. Some say this tour has started shakily but tonight they disprove that this could be a trend. 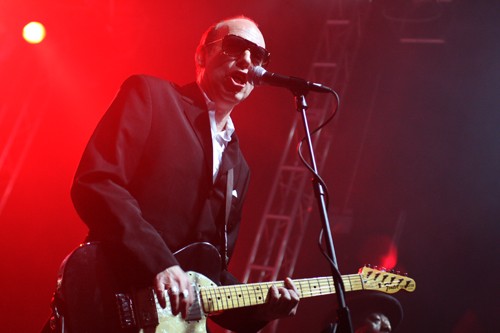 The band first started in 1984, and became one of the first to fuse together elements of punk, funk, reggae, rock and hip hop. Mick Jones' background as part of The Clash helped along this group which also features Don Letts, who first mixed together punk and reggae as a DJ at London's Roxy club. Add to that bassist Leo "E-Zee Kill" Williams, drummer Greg Roberts and keyboardist Dan Donovan (now of Dreadzone) and you have the original line up.

Due to this being a reunion from the Eighties the music can sound highly outdated (some of the helicopter samples are very old school) but the band have located the original samples used so this is as it was. I for one have never heard of the band before (being only a young child at the time) and I must say my first experience of B.A.D. (not that they are!) is very good.

Mick Jones has the punk swagger and personality to really involve the crowd, Don Letts shares his time between throwing out the samples and bouncing around the stage during the more reggae based tunes (like 'A Party') and the now in Dreadzone guys are really enjoying themselves, and this shows in the music. 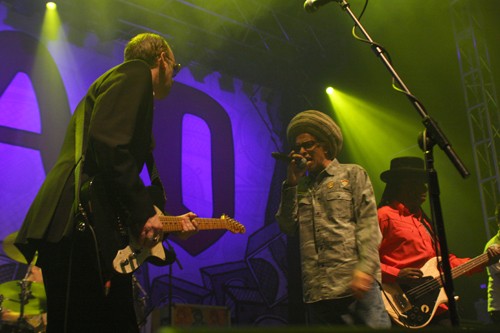 The crowd are very merry before the show starts, a mixture of middle aged fans from all walks of life who love their music and their beer. They help the band sing along to most tunes but the stand out ones to remember are 'Bottom Line' and 'E=MC2' from the first encore.

The set itself isn't that long, but features many of the band's hits spanning their thirteen year career. 'C'Mon Every Beatbox', 'BAD' and final song 'Rush' all stay in the mid as crowd pleasers and ones where the band really shine.

As a new listener I am still going to enjoy listening to The Clash and Dreadzone more than BAD, but I love their pioneering music and hope they get as good a reception as they did tonight at their festival shows this summer.

Medicine Show
Beyond The Pale
A Party
V. Thirteen
BAD
Just Play that Music
C'Mon Every Beatbox
Sightsee MC
Other 99
The Battle of All Saints Road
Rewind 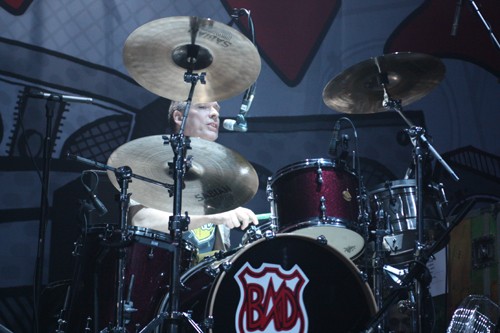