It hasn't been long since Feeder's last trip to Leeds, in fact it's only been little over 3 months ago, but the lads are back to play a packed Academy after playing the slightly smaller Leeds Met University venue last time. We miss Pegasus Bridge and enter the venue to Deaf Havana, a post-hardcore band from Kings Lynn. This band have played Leeds before, opening for the Slam Dunk festival at the cities other university, and the venue has the majority of the crowd in and ready to listen this time. 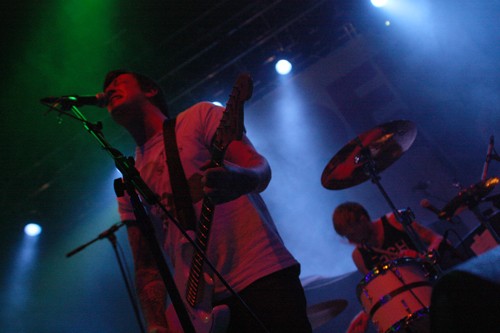 The music from this band is pretty good, catchy rock thrown at you and then pulled back to be thrown again. Unfortunately they are a little showy for me, I'm not keen on that from a fairly unknown band (though they have been going over five years). The singer is a little annoying, his vocals are really strong but he doesn't half talk a lot between songs, as if he has to talk for talking sake. More music less chatter please! And James Amadeus Veck-Gilodi as he is known (see my point) tries to get the crowd to sing back the chorus to a song; to his credit some of the crowd surrender and it can't be an easy thing to do, but I like to sing-a-long if I want to, not on cue!

Feeder are what we are here to see though. I can hear the staff and some people in the crowd asking their neighbours "Are Feeder still popular?! (why they are here as a punter I do not know). The thing is Feeder are an underground band, for all the years they have been going they have always been on the outside, and have had the bad luck and tragedy you would find from something more like ten bands, not just one. But still they keep touring and playing their heart out, and a loyal fan base prove that they still have a huge place in their music life. Since last year the band have lost drummer Mark Richardson, turned briefly into 'The Renegades' and are now back to being Feeder with Busted's drummer Damon Wilson. 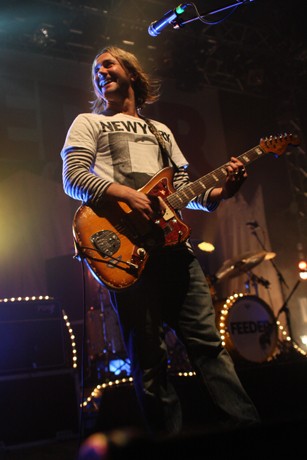 The band play a full hits set with some very old tracks like 'Insomnia' from the second album, hits from 'Echo Park', 'Comfort In Sound' and 'Pushing The Senses', and a good few from latest album 'Renegades' (there's nothing however from album 'Silent Cry'). I had a sneak peak of the set list and the band chose to replace a few of the newer tracks (namely 'Barking Dogs', 'White Lines' and 'Yesterday') with more well known tracks like 'Tumble And Fall' and 'We Can't Rewind'. All these left off tracks were present during the last recent show in Leeds (with the rest of the set list following similar lines), so all in all the band have showcased a large amount of the heavier 'Renegades' to Leeds. I myself know mainly the hits, (as do many people who say they do not know much Feeder but them recognise many of their songs) but the new songs fit in well amongst the older tracks. I am not keen on 'Call Out', I think it is a little too poppy for me, but 'Borders', an even newer track, is a great track.

The stand out tracks are obviously the hits, the anthemic 'Just The Way I'm Feeling' and 'Come Back Around' plus the fists in the air moment you get from 'Buck Rogers' and the mosh madness that 'Just A Day' brings on (the most popular song of the night, whether this has a little to do with alcohol consumption is anyones guess). 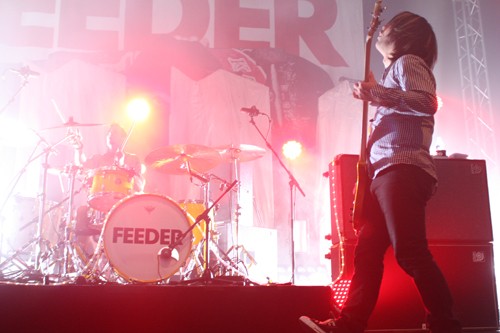 Feeder have always been into their alternative grunge, with Grant Nicholas growing more and more like Kurt Cobain in appearance, and this influence is cemented with a great cover of Nirvana's 'Breed' to finish off the set, a highlight for this old grunge whore reviewer. The lads play long and fast with little banter, but the crowd love it; the mixture of their grunge roots and pop classics make this a band that many might not admit to liking but love deep down. See you in 3 months?! 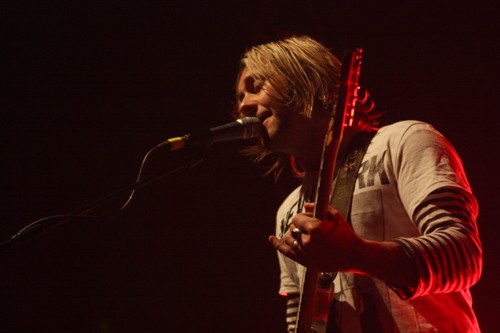