Neville Staple, of The Specials, comes to the O2 Academy 2, Oxford. The Mods were out in town, and ready to play. I have not seen so many DM boots for a long time, with 3/4 length jeans, and braces! It was gearing up to be a good night.

The crowd was small, in fact, I was very surprised as to how small. The venue is small, agreed, but the room looked half empty. Only about 100 people were there, but regardless, those who were there had a huge presence, and were very enthusiastic.

Neville was supported by New Riot, who had a warm response from the small crowd who had gathered to watch them. 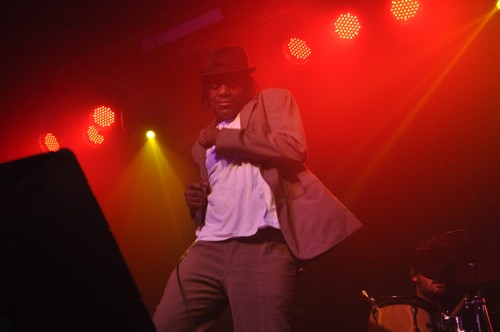 Neville comes on stage about 15 minutes late. With a 2200hrs curfew, this cut the set short. However, he was full of energy, and the stage seemed way too small. There was a great deal of interaction between Neville and the crowd, and a gentleman dressed in a suit with shades on and a bowler hat had caught the attention of the band, and they smiled throughout. He looked as though he had walked out of a two tone movie!

The crowd were a whole mix of ages with people in the fifties and forties bringing their children along. A real and true party atmosphere. Neville shook hands with the crowd as he left the stage, and thanked people for coming. One female in the crowd had tried to get him to swap hats with her, but Neville declined saying he had had his hat too long to lose, but during the encore he wore her hat for a short while.

We were treated to some Fun Boy 3 tracks, such as 'The Lunatics are Taking over the Asylum'. The crowd were also treated to many of The Specials best. These were:

With an encore of:
You're Wondering Now
Enjoy Yourself

Neville is amazing live, and having seen him many times, it was wonderful to see him in such an intimate venue. If you get the chance to go, do, you will not be disappointed. 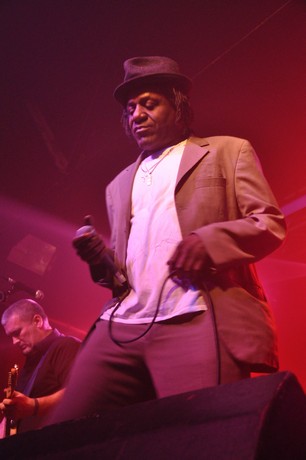