The support band has been a hard one to find out about prior to this show, and once discovered they are hardly a shy band. The Revenge Of The Psychotronic Man are one of Manchester's finest speed punk band, throwing 20 second songs and comedy banter at you full pelt. We get into the venue just to see the last two songs, and with names like 'Tramp Rape' and 'Drop Dead' you can kinda guess the kinda band this trio is. Full of fun and highly technical musicianship, that is if you can listen at the zero to sixty in half a second speed they play at! 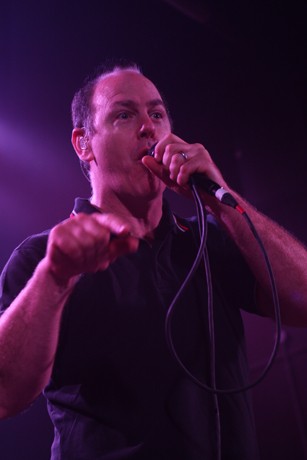 Bad Religion are here to celebrate their thirtieth year as a band, and show no sign of slowing down even though they are nearly all in their fifties (the still sexy at 50 sticker on the guitar cab says it all). With a set list covering 45 songs in just under ninety minutes, you can also guess that tonight's music will be rushing at you like a raging bull.

The energy passed on from band to crowd is immense, with huge circle pits from the front of the stage nearly to the back of the room. There is plenty of banter about Manchester vs Birmingham (where they have just played), however all in good jest. The band are touring as a warm up to their headline slot at the Reading and Leeds Festival Lock Up Stage, and it's great to have them back. The band, after numerous line up changes (but always featuring vocalist Greg Graffin) now have original guitarist and Epitaph label founder Brett Gurewitz and bassist Jay Bentley back to the fold. 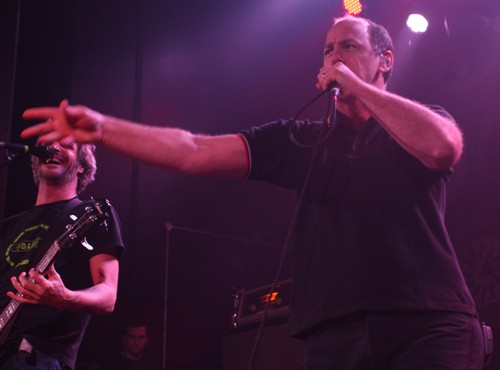 The venue is a sweaty mess, and as I write this my ears are still ringing, but what a show. I went to the gig dog tired after a long festival weekend and came out wide awake and feeling alive. Much better than pro plus! The band didn't just stick to a couple of albums either, they played a huge range of their back catalogue, with 'No Control', 'You', 'LA Is Burning' and encore tracks 'Generator' (played a little slower than normal) and 'Sorrow' as real crowd pleasers. It's not hard to see why this hugely influential band were and still are hailed as pioneers punk rock. 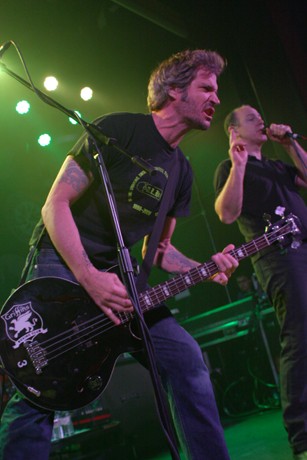