The Wonder Stuff are in Leeds tonight to remind us of their beginnings, after touring with their debut album last year, they are bringing the world of their second, 'HUP', back around after it's release 21 years ago.

The album starts off in order but soon is scrambled by the third track 'Them, Big Oak Trees', as an ever-talkative Mile's Hunt says "This is the order they should have been in, we got it wrong."

Stand out tracks tonight from 'HUP' are single 'Don't Let Me Down, Gently', 'Piece Of Sky' and 'Golden Green', all very different tracks (pop, slowed down and country respectively) that get the crowd really moving. 'Piece of Sky' is dedicated to lost friends, namely ex founder members drummer Martin Gilks and Rob "The Bass Thing" Jones. 'Unfaithful' is a track that the band have only started playing again last year. 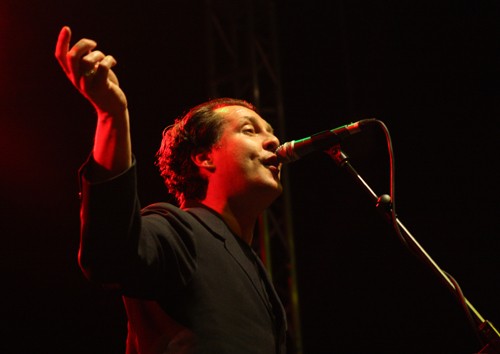 The kid who contacted the band in 1990 after their Brit Award nomination to play at his school in Minsthorpe (about 4 miles from where I grew up) is in the crowd, obviously a little older now! This small school has played host to many huge bands of the time after student's letters touched the bands; House of Love, The Levellers, Redd Kross, The Lemonheads and nearly an appearance by Nirvana (but Kurt died just beforehand).

Erica Nockalls adds a touch of silent esteemed glamour and of course excellent violin skills to most of the tracks, namely 'Circlesquare' stands out for myself. The rest of the line up has remained the same since 2005 with Mark McCarthy (ex-Radical Dance Faction) on bass and drummer (Love In Reverse's) Andres Karu accompanying original guitarist Malcolm Treece to form today's tight line up.

After the mix of the album 'HUP' we are treated to some B-sides after a cover of john Lennon's 'Gimme Some Truth', although Miles states that he has never really been a Beatles fan 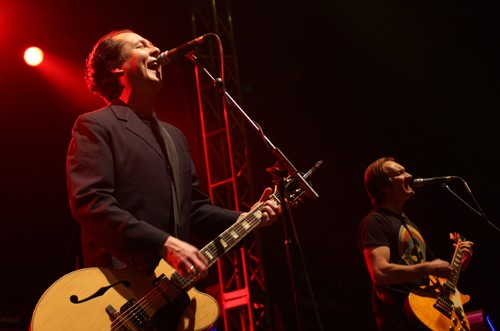 'Caught in My Shadow' is a welcome addition to the setlist as is a brief fleeting of Jane's Addiction's 'Jane Says'. where Hunt tells us of the day he nearly had to replace a missing Perry Farrell whilst touring with the guys in America. 'Size Of A Cow' is also welcomed, although not everyone's favourite Wonder Stuff song (it is just too poppy for some) the crowd here still react favourably to this nineties hit. 'Dizzy' thankfully is missing tonight!

Tonight's collection of songs then were a welcome reminder of the days when The Wonder Stuff could have taken over the world, and still sound as fresh today as they did then. 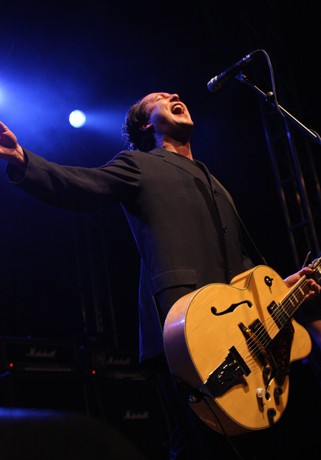 more about The Wonder Stuff
more about O2 Academy (and Underground), Leeds