After my first journey to Beautiful Days, the Levellers own festival, this year I have got a real hankering for more music from the punk folk legends, and this winter tour was just the ticket. No matter how many times you see the band, I must be in my twenties now, they just get better and better. And tonight's show is a particularly excellent one indeed! 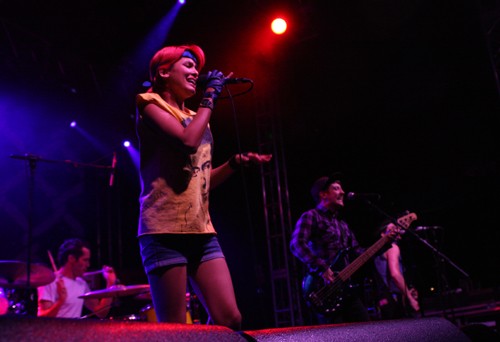 As we arrive Sonic Boom Six have control of the stage. For the few younger souls in the crowd this is great, but the older Levs fans at the back do not appear that impressed. Maybe it's the bad speaker sound making singer Laila Khan's voice sound excruciatingly like a chipmunk and unfortunately hiding the band's powerful messages in the sludge of static noise. Old songs like 'Piggy In The Middle' are welcomed, but all in all the sound is too loud and distorted to hear that the band are musical activists and not just annoying ska punkers. 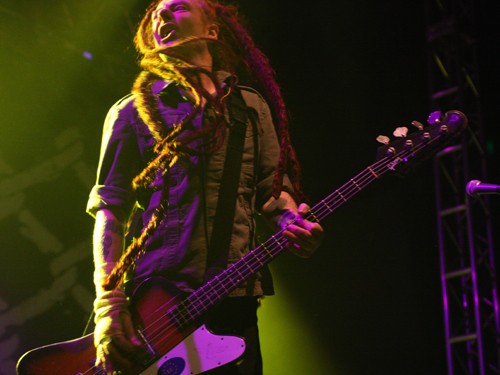 The sound is just right for the Levs however, as they take to the stage with 'A Life Less Ordinary' from the latest album 'Letters from The Underground'. Everyone looks in high spirits and the band sound truly amazing; very tight and having fun with it. They are also in a talkative mood, with Mark Chadwick telling people to follow the man with ropes for hair (meaning Jez Cunningham) standing out for me.

The setlist run like a best of, with a good selection on songs from many of the bands ten albums. The best ones for me are those from 'Levelling The Land', one of my all time favourite albums. I may be biased, but looking around tonight I am not the only one, as these tracks get people dancing the most (along with 'Carry Me', the perfect song to sing along to after one too many, and stand alone anthem 'Liberty Song'. Together with the best Levs song - in my opinion - 'The Riverflow', this makes for a sweaty and tiring encore, the best there is). 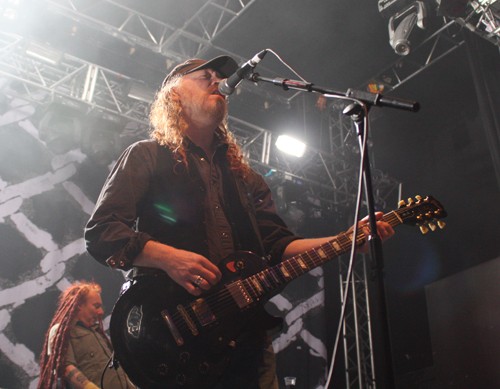 Of course Stephen Boakes is all UVed up for his impressive swinging turn on the didgeridoo for 'The Boatman', Cunningham is jumping around like those from House Of Pain told you to whilst Jon Sevink plays that fiddle in a way I would love to. Simon Friend, Charlie Heather and Matt Savage hold it all together and make up one of the best festival bands in the world. They have even managed to bring the festival vibe to a small venue in Leeds on this cold night, and this has been one of their finest concerts of the twenty plus I have seen. See you at Beautiful Days next year lads, if not before

A Life Less Ordinary
Battle Of The Beanfield
Burn, America Burn
Fifteen Years
Beautiful Day
The Road
Before The End
Three Friends
One Way
Prisoner
The Boatman
Men-An-Tol
Carry Me
Barrel Of A Gun
Come On
Dirty Davey
The Cholera Well

The Game
The Riverflow
Liberty Song 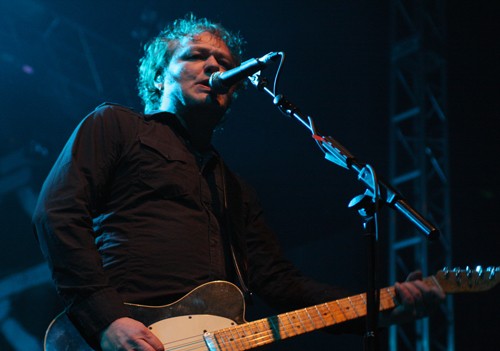