La Roux was headlining the NME Radar Tour, so I just had to go and see just why this twenty-something, ginger-haired individual is hitting the music headlines so much with her brand of ultra trendy electro-pop. As the NME Radar Tour exists to promote up and coming bands in the UK music scene, I had the chance to preview a few more promising acts too! Whilst we stood waiting for the first act (thirty three year old me plus rows and rows of teeny boppers) we were treated to free drinks - bonus! 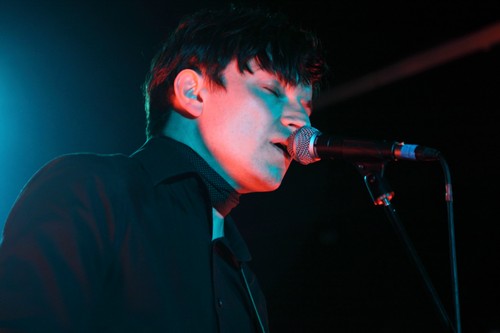 Just as I formed the opinion that The Chapman Family (Kingsley, Paul, Phil and Pop Chapman) were just another 'shouty shouty', post punk, indie band that would soon be forgotten with tunes like 'Sound of the Radio', even though the music was tight and slick, their live set went wild  BONKERS in fact! After a few sips of red wine Kingsley started wrapping the cord of the mic round his neck and pulling it so tight that he could hardly sing 'Kids' (their latest single). It certainly woke the crowd up who applauded fiercely at the end of the tune, to which Kingsley quipped "I like the fact that you start applauding when I try to hang myself!" From then on madness gripped the stage, with Kingsley bashing his guitar senseless, Pop thrashing his bass against the roof, more self-strangulation and general mayhem ensuing. Their energy and vibrancy on stage has to be seen to be believed. 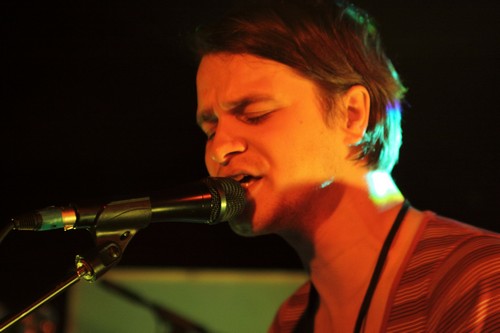 I found that Magistrates (Paul Usher, Mark Brandon, Thom Galbally and Andy Grant) were the most disappointing band of the night, so hardly see the need to focus on them here as lots more talent preceded and proceeded them. Their pop tracks like their latest single 'Heartbreak' and 'Make This Work' failed to capture my attention, and I think the rest of the crowd agreed as most of them struck up conversations for most of the set, or stood around looking vacant and bored. Even the security guard reckoned that they were a lame version of Sam Sparro, and I have to agree! 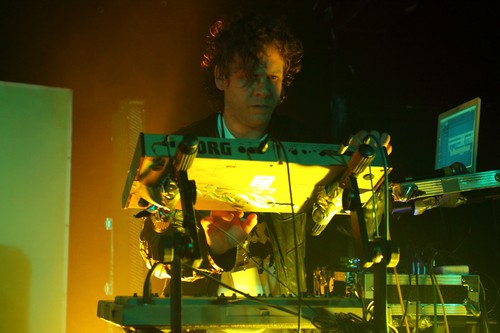 Electro / Italian pop group Heartbreak were the next offering, a two piece consisting of frontman vocalist Sebastian Muravchix (who looked like Borat with his bum fluff moustache, curly hair and ill fitting suit),and talented Ali Renault on the keyboards. Along with a session drummer, they rocked the joint with memorable, atmospheric, big beat tunes like 'Robots Got the Feeling', 'Were Back' and 'Deadly Pong' from their debut album 'Lies' that's out now. If you like dance back beats intertwined with 80's pop synth, this is definitely the band for you. Muravchix's 80's wacko jacko / robot dance moves certainly keep you entertained, and the tunes make your feet move all of their own accord! 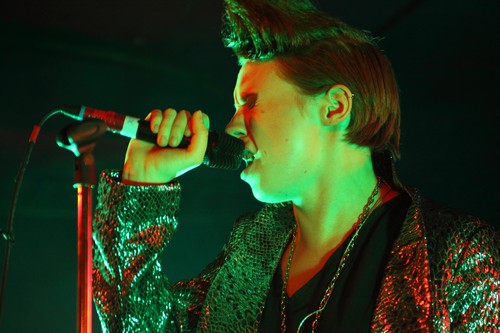 The excitement was palpable as we all waited for La Roux to grace the stage. I was under the misconception that La Roux was just a mega-quiffed, redheaded, electro-pop songstress named Elly, but in fact La Roux is a duo consisting of Elly Jackson and Ben Langmaid. Langmaid almost seems to fade into the background, even though they insist that La Roux is a partnership, allowing the individuality of Jackson to shine through. And shine through she certainly did as she bounced on stage in a silver sequinned jacket and matching socks. Her outfit was just as individual as the set, consisting of synth pop beats that just made you want to hit the dance floor, quirky dancing from Jackson, and a totally unique voice that leaves you mesmerised and wanting more. Stand out tunes of the main set for me were the first single 'Quicksand', tongue tying 'Fascination' and 'I'm Not Your Toy'.

Lots of lesbians in the audience were all gagging for it as they kept interrupting the set with chants like "get your bum out", "La Roux, La Roux, La Roux is so fine" and "voulez vous couche avec moi ce soir?" (will you sleep with me in French), but La Roux took it all in her stride and quipped back "La Roux will never get her bum out" and "I find it really strange that nobody fancied me at school and now everyone does  it's getting embarrassing now." She did look slightly concerned when she jumped down into the pit to sing, only to find fans wrapping their arms around her neck, taking photos and ruffling her mega quiff, but she still managed to continue belting out track after amazing track! 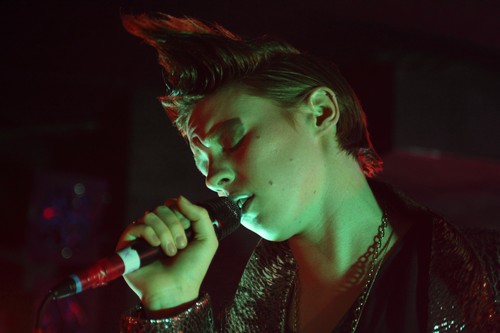 Of course, mega hit 'In For The Kill' and La Roux's latest single 'Bulletproof' (that's being championed all over the airwaves at the moment), were saved for the encore, which the fans loved every second of. Lots of hands in the air, chanting the lyrics and whoops of joy could be heard thought the venue. I unashamedly walked away with a La Roux T-shirt and a nagging thought in my head that I can't wait for the album to come out on 29th June! The fans were right  La Roux is so fine!
article by: Tricia Williams
photos by: Michelle Owen
published: 15/05/2009 17:04