Arriving to the gruff sounds of "I want a drink" seems to sum up the whole theme tonight, as Pour Habit's Chuck necks a can of Carlsberg while many of us try and get to the packed bar. This is an early show, making way for the club night afterwards, so the 6pm start means many miss the great comedy of Pour Habit's set (despite the big 'R' some of us are lucky (?!) to have to work).

The Flatliners are a very tight and engaging band for some so young. Their forceful punk harks back to the early days when Fat Mike's label Fat Wreck surfaced and brought about some of the greatest skate and hardcore punk from over the pond (plus Snuff! Shame they are only playing the Birmingham and London dates). 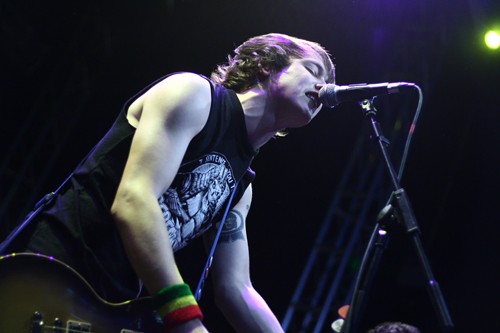 Their songs are thrown at you as if you hit you in slap bang in the face, so I didn't catch any titles. I did hear their constant question of "Does anyone have any weed?" probably brought on by the fact that the odd whiff of green floated around the venue, much to the securities annoyance.

That would be the last thing on their mind when NOFX take to the stage. Hamburgers, pint pots and more besides are thrown onto the stage, especially when El Hefe and Fat Mike appear. The chants of You Fat Bastard! are ridiculous, as Mike has lost a huge amount of weight (the other band members may be putting some on; El Hefe announces that he has gained 10 pounds, and Eric Melvin has a little podge on). Anyway this is not a gossip / weight watch review so who cares. (Fat) Mike youre looking good!

Now I have seen NOFX a fair few times, and you can get a good gig or a not so good gig. They like to mess around and talk a load of crap you see, and their last show at Brixton Academy last year just seemed to fit their last release 'They've Actually Gotten Worse Live!' for all the pratting about they did. This show is the complete opposite; the mixture of songs and speech are at the right level, and the songs are an assortment of their best tracks and new songs from 'Coaster'. 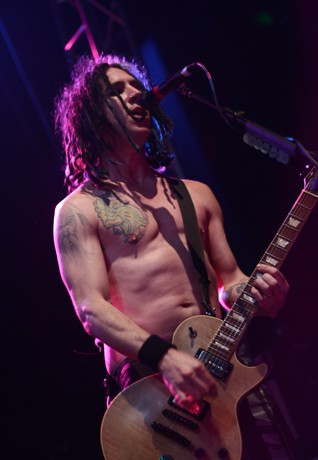 Starting with 'I'm Telling Tim', a few tracks later we get one of my all time favourites (and a track from their self-confirmed favourite album) 'All His Suits Are Torn', plus 'It's My Job to Keep Punk Rock Elite'. It's shaping up to be a good gig. A cover of Rancid's 'Radio' fits in nicely, and the song 'I'm A Huge Fan Of Bad Religion' shows that the punk godfathers have icons of their own. A little ditty about punching the Queen in the 'lady parts' goes down a storm.

'Reeko' provides us with a guitar solo from El Hefe proving that NOFX are not just a comedy punk band; their musical skills are highly developed, as are their observational lyrics ('Perfect Government'). Mike informs us that he does not like towns or cities or whatever with plural names; Leeds being one of them. Leed rhymes with weed and we get onto the topic of mary jane again. 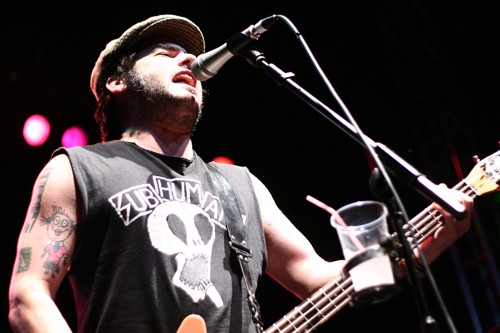 Of course 'Linoleum' sends the crowd into a frenzy, and the security have no time to think about the crafty stoners in attendance while plucking a thousand arms and legs from the mosh pit swirl. In fact it is too much for some, the surrounding corridors of the main venue room are full of people taking a breather. 'Bob', a too true song that many of us heavy binge drinkers will relate to later in life, get's another mass mosh going. The odd shouts of "Sold Out!" from one idiot in the crowd nearly start a backwards step into a pointless argument, but realising how much time they have NOFX just slag him off quickly and carry on.

The band are not happy with the early curfew of 10pm, and cram in three songs to finish. 'Don't Call Me White' should be the last song, but Eric Melvin then pulls out an accordion and plays some comical tracks, merging Elvis Presley's '(I Can't Help) Falling in Love With You' with circus-style tunes (surprisingly the young crowd all know the words)! They make a statement by leaving the stage at 10.10pm, sarcastically saying that, "We need to make way for the university student's night out!". I like this band more and more with age, and no they are not getting worse live... 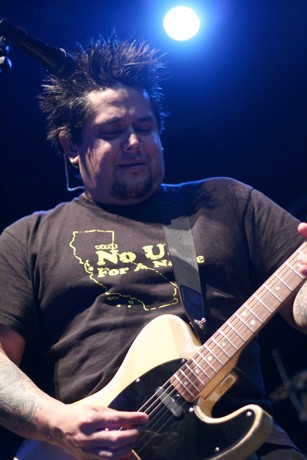