What better way is there to spend a rainy December night than within the jolly throws of a Levellers crowd. You can be sure of a warm welcome and a nice party, as at any of the Brighton groups shows. For the second time now I have taken a person unfamiliar with the band to see them, and they have left the venue as life long fans.

I enter to the end chords of Czech band Divokej Bill, who on all accounts were very funny, even dedicating a song to the computer game Doom 3! There hillbilly rock sounds went down a treat with everyone I asked.

Now for the Levellers; a band that reaches out to all sorts of fans. Bank managers, aging hippies, grandmas, they all love nothing more than singing along to One Way and swinging a beer. Theres no ill feeling towards anyone; no barging people, no mean faces; the only trouble I have is when a drop of my drink drops onto a womans arm as I navigate two pints across the busy floor. No need for a slap sister; I didnt aim for you... 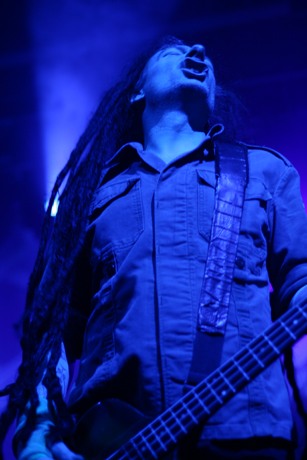 There are plenty of tracks from the self titled album of 1993, and the previous best seller Levelling The Land. Sadly missing are The Boatman, though didgeridoo player Stephen Boakes (as always covered in paint; the colour of which a glow stick would be proud of) does make an appearance.

The band are playing many of the tracks from new album Letters From The Underground, a cracking collection of tracks bringing them back to form after some fans dislike of the more commercial Hello Pig sound. The fans reception to these songs is the same as the older hits; they sing and dance like there life depended on it. They should put on the ticket Free workout included! 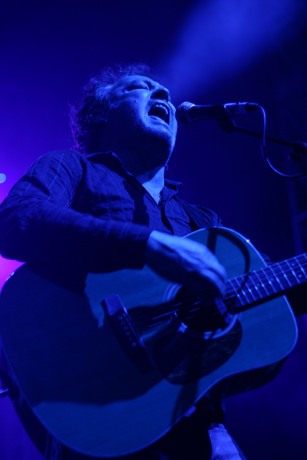 I must be on my twentieth or more Levellers show now, and at every one that I can remember there is a lady held two men high above the crowd singing directly at the band. I have seen her at the last three for sure. Who is she? And who gives up most of their gig to hold her up? I guess on day I will find out, but for now I just know not to stand behind her group...

Again I am nothing short of impressed with the Levellers; they turn a gig night into a fun night, and show us that even at this stressful time of the year people can still enjoy themselves. Lets hope they get a good rest over Christmas, they deserve it, and well see them bright and early next year (they start in Europe in February; now thats dedication). 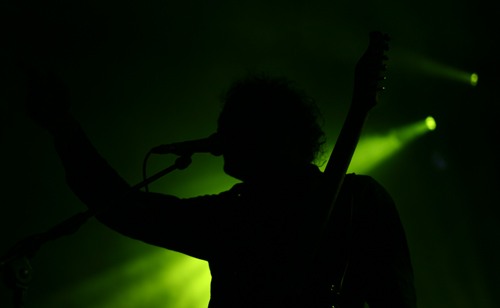 Belarus
The Fear
Burn America, Burn
The Road
Before The End
Fight Or Flight
Together All The Way
Death Loves Youth
Sell Out
Behold The Pale Rider
Carry Me
Eyes Wide
One Way
100 Years of Solitude
Life Less Ordinary
The Cholera Well
Riverflow