Try describing the output of this lot! They switch genres at the drop of a hat, often mid song and appear to have more energy than eastern Europe. We manage to miss the support act, but our timely arrival at Oxford's Carling Academy leaves us enough time to grab a pint and have a look around the sparsely populated dance floor. Seriously, I've never seen it so empty just before a headline act is about to hit the stage. I guess Nitin Sawhney playing downstairs is a bit of a pull for some. Those that are there are obviously up for a party. It's November, the venue is about a third full and yet it's really hot. Obviously The Grit took their warm up duties literally. It's a really interesting cross section of punters too. Skin heads, punks, psychobillies, 2 toners and dread heads all bouncing around to the house DJ playing a mixture of stuff.

As the lights go down, the music stops and we're treated to something out of the wild west. The Los Angeles five piece hit the stage and waste no time at all in an outlandish welcome to their gig. The dance floor reciprocates and before I know what's hit me, we're all bouncing around to some reggae beats. 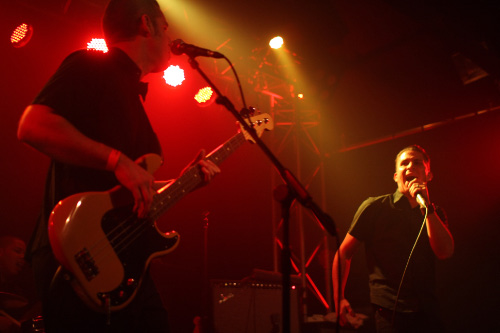 As I've hinted, the sounds of The Aggrolites is very hard to pin down, but I feel that I should probably try. The back beats are 4:4 rhythms with either ska or reggae making the main drum or guitar riffs and beats. The roots of the music often switch from blues, jazz and funk to country with a punk feel never very far away. The name of their first Album 'Dirty Reggae' is as good a succinct description as I've seen. The title track of that album is one of the highlights. 'Work to Do' also stands out as part of the 1st half. There are moments of crowd pleasing brilliance as the band stop all instruments mid way through a song and become like statues on the stage, starting and stopping again and continuing to trick us into putting in the extra dance step while they are standing silent and still as stones.

'Funky Fire' is another great track with keyboard player Roger Rivas chopping away at the keys and producing a real old school late 60's early 70s funk/reggae state of bliss. For a while, I'm transfixed by the speed and accuracy of his hands and the melodies that hes creating. 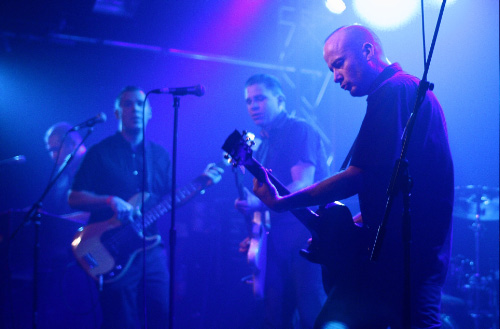 'Countryman Fiddle' slows the pace down a little with more of a country vibe from the southern states, and continues on the same level with 'Please Don't Leave Me'.

As the band make their way off the stage, we're all well drilled and give them the applause to come back on that they want and deserve. What happens next throws me slightly. Front man Jesse Wagner invites a couple of people to join them on stage. The guy is a skin head and the gal is a punk. The set moves through The Clash and 'Bank Robber', Toots and The Maytals' hits Pressure Drop', 'Monkey Man', and '54-46 That's My Number'. The guests, as well as dancing madly, are also asked to join in the choruses whenever they know the words.

We're all drawn into a frenzied mosh and by the time the stage empties, Brian Dixon's guitar has only one string left. It's been a great night and I think everyone at the Oxford venue has given their all. I'd recommend these guys to anyone! 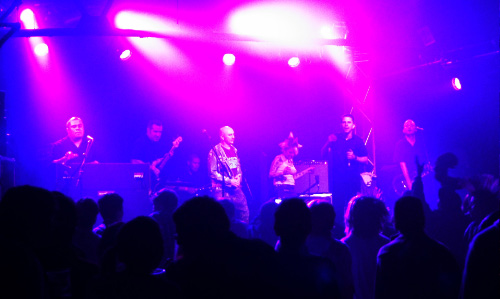