The newly refurbished Manchester Academy 1 holds host tonight to the mighty Public Enemy, as they play their hit album 'It Takes A Nation Of Millions To Hold Us Back' from start to finish as part of All Tomorrow's Parties 'Don't Look Back'.

Plenty of support from the likes of alternative hip hop from Edan and MC Dagha and Anti-Pop Consortium, with guest DJ's to boot. The first set I catch is by a colourful character named Kool Keith, also known as Dr Octagon, formally of new school pioneers the Ultramagnetic MCs. Kutmasta Kurt AKA The Funky Redneck has the deck duty, and for this he dons a wrestling mask for most of the set. Kool Keith just ops for the red cape, not such a good idea with all the jumping around he is doing, but eye-catching never the less. 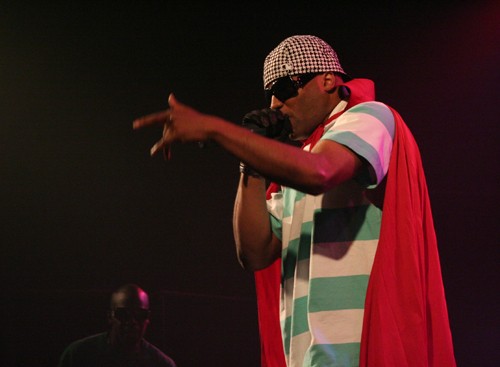 Not to be confused with Connecticut's funk band of the same name, Bomb Squad can mix loads of samples into one track. Here they have NWA's 'Express Yourself' slowed right down and wrestling with the Beastie Boys. The duo are a well respected production duo, added last minute to the line up, who have worked with the Run DMC's, Ice Cube and 3rd Bass and of course Public Enemy, to name a handful. 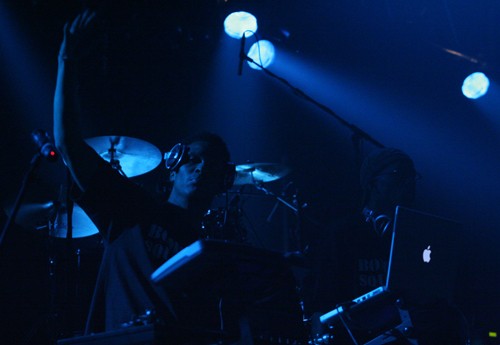 Public Enemy are missing a member tonight, as Professor Griff can not make it (he is not allowed a passport for some reason). The rest of the original line up are here; Chuck D, Flavor Flav and clock, Terminator X and the Security Of The First World dancers.

'Bring The Noise', with its sirens, wake up the whole room and everyone is bouncing or waving their arm in the air. Public Enemy paved the way for modern hip hop, and this is the album that did it. 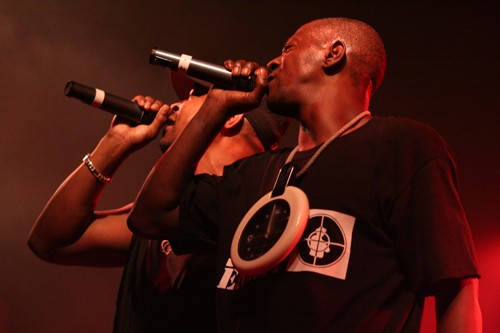 'Don't Believe The Hype' is still a catchy mother of a tune, along with 'Terminator X To The Edge of Panic' and 'Black Steel In The Hour of Chaos'. Chuck tells us that the first side of the album was meant to be the second side, and it should have started with 'Show Em Whatcha Got', but was rearranged so that there was more of a build up. Unlike many bands today he embraces the mobile recording generation, by telling us to "get out your camera phones 'cos here comes 'Caught, Can We Get a Witness?'". Many people are too busy dancing to oblige though.

There's a few rants, like when Chuck's phone was not working for two months between the hours of midnight and 2am, which could have been caused by bugging, but many high points, like Flavor encouraging the crowd to match his yells of "Aye!", one of which is held for a bloody long time. This is a memorable gig to those who made it in, the entire album straight out live; it doesn't happen that often, and not with pioneers like Public Enemy. 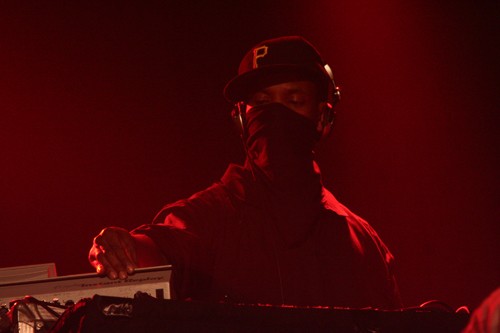 Countdown to Armageddon
Bring the Noise
Don't Believe the Hype
Cold Lampin With Flavor
Terminator X to the Edge of Panic
Mind Terrorist
Louder Than a Bomb
Caught, Can We Get a Witness?
Show em Whatcha Got
She Watch Channel Zero?!
Night of the Living Baseheads
Black Steel in the Hour of Chaos
Security of the First World
Rebel Without a Pause
Prophets of Rage
Party For Your Right to Fight