Their slot at ATP Vs Pitchfork has allowed the recently reformed Sebadoh a chance at a few headlining shows in the UK. The three original members from the late eighties are back; Eric Gaffney, Lou Barlow and Jason Loewenstein, and seem as comfortable around each other given their past fall outs.

There is no support, and entering the venue at 8.30pm to see most people sat quietly on the floor is a strange sight. By 9.10pm the band are on-stage, after Gaffney has a go at those on the front row for trying to 'steal' the only setlist ("You'll lose your hands!"). Barlow is more affectionate with the crowd, yelling "Welcome to the Hop And Grape, I've played here twenty times before." (the old name for this venue, before they replaced it with the more confusing number system). 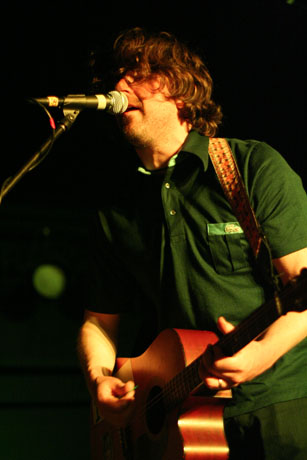 The setlist itself appears like the 'War and Peace' mother of all setlists; a never-ending accumulation of the bands long history. All three guys have added input to their back catalogue, stretching the sound from the soft folk of Barlow's song writing to the experimental noise of Gaffney's creations.

The role of each band member changes throughout the show, with Barlow first taking up vocal and guitar duties and then switching to bass, whilst Gaffney has a go at drumming and guitar vocal work and the talented Loewenstein takes on all three instruments. Each one brings a new layer to the performance; Barlow's soft and sweet vocals on his melodic tunes are a long way from Gaffneys ramblings over his screeching guitar. Loewenstein has the most powerful and noticeable voice of the three, but spends the least amount of time on the mic.

The set features plenty of songs from 1993's lo-fi experimental album 'Bubble And Scape', probably acting a little like a practice session for the trio as they are playing the album in it's entirety at the forthcoming London Koko shows (to celebrate it's 15 year re-issue release).

There's a few moments where a bit of comedy tries to leak through, like the banter about their biggest fan; a 50 kilo metal fan from 1950! The set itself seems to be unstructured, with plenty of tuning breaks (as Barlow has said before "people come to watch Sebodoh tune!"

'The Freed Pig' (about Barlow's disgust with Dinosaur Jr and J Mascis and his imminent exit from the band) is played as casually as the rest of the songs (though he is back playing bass for the band in question!). 'Got It' and 'Careful' gain huge cheers from the hardcore fans in attendance, as well as set ender 'Gimme Indie Rock', probably one of the first songs to encourage the new independent style starting in the nineties, rather than the crap that calls itself indie today. 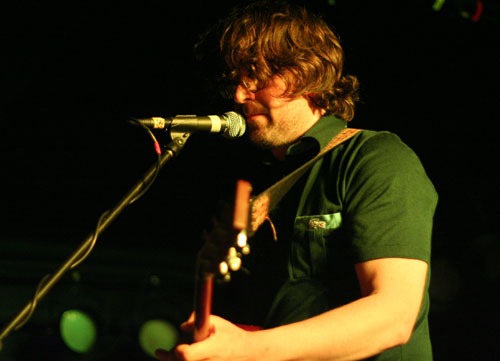 Too Pure
The Freed Pig
Got It
Careful
Gimme Indie Rock