Little did I know that when opting to review Devon Sproule I would also be watching a show by her husband as well. The structure of the concert was good, starting with a set by Paul Curreri, followed by one by the lady herself, finishing with the two on stage together doing a smug coupley (sic) finish. 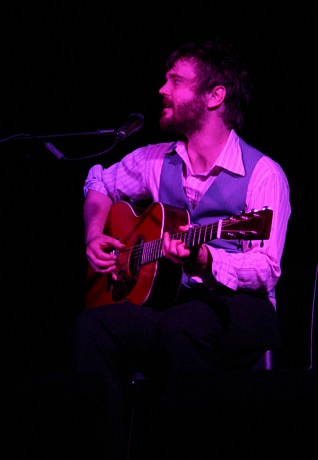 The music was pleasant throughout and the interruptions of changing artists didn't disrupt the flow. Both musicians are talented song writers and have a soulful and beautiful delivery. Devon's vocals especially can be a haunting, fluttering tenor one minute and then a deep country drawl. Her music follows this in variety and can be full of attitude but also full of feeling.

The atmosphere of the show was a very human, personal one. Not only because the room and the stage was all but empty (and the stage of the club academy is far from humbling) but also because of the conversational approach of the couple. Talking between sets was light hearted and quite often humorous while also often giving an insight into the conditions and reasons behind the songs they were playing. 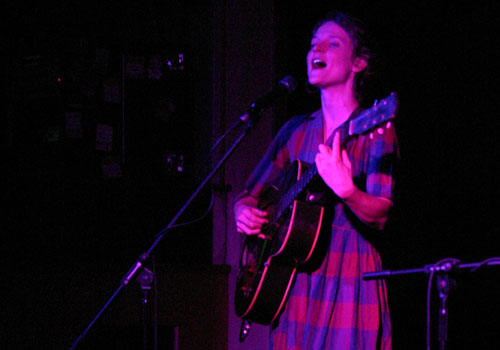 Though this aspect of the show did give a intimate feel it also introduced the danger of being too personal. It was sometimes quite awkward watching the couple banter on the stage and the distinct feeling after the show was that far too much about the couple's lifestyle was communicated and not enough of their music. Even the music in parts is a narrative about the couple's lifestyle and the parties they have with their other musician friends, which became a wearing theme.

Despite promises not to, there was a fair amount of loving looks going on between the two which made me feel like they wanted to be left alone. Though not really a criticism of the standard of music, which was good, it was disappointing to go to a 'Devon Sproule' concert and instead of hearing a Devon Sproule set being subjected to a musical representation of the comfortable existence the two of them obviously enjoy. 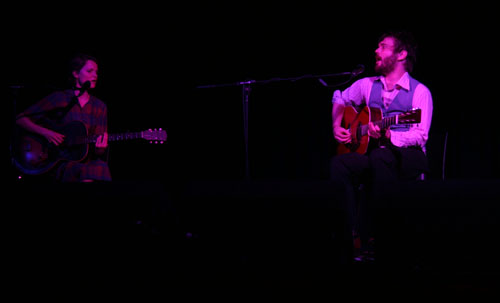 I wish there was more to write about this obviously talented duo but the overall impression was not a big one. The music, though not insipid, hasn't left me wanting another taste. Fans of the country/folk genre, however, might find the couples revealing set quite appropriate and they will definitely enjoy the musical side. Anyone else should probably steer clear, though.
article by: Robert Knowles
published: 12/02/2008 15:42