Though this sleepy town (most associated with old men who grow old disgracefully) may seem a strange stop on the tour for the re-formed Terrorvision, especially with an itinerary of only four shows, the venue itself is a great place for a gig. For those of us who can not see normally if we are situated out of the first row, the sloping floor is a great help. A few extra toilet facilities wouldnt go a miss however.

Last Stop China Town are a real heavy metal band, though freshfaced youngsters, and all classically trained. The sound they are producing is huge, and as the bar's in the band room, everyone is paying attention.

Mind Games is a great song to show off their talents, with the heavy rock and bluesy guitar solos. Their style and professionalism on stage surpasses them by many years, and there are easily a few converted fans by the end of the set. 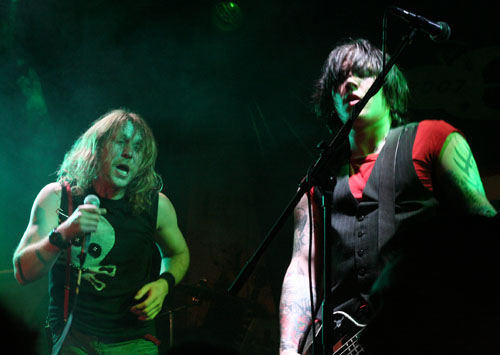 Finally, Terrorvision have hopped onto the reunion bandwagon and are bringing us just three shows (though I suspect more are on the way), Manchester, Sheffield, York and tonight the home of Last Of The Summer Wine. And what a show. Many a fan are taken down memory lane with a lot of the songs from How To Make Friends And Influence People, but unfortunately not as many from Formaldehyde (wheres New Policy One), instead they favour the later albums Shaving Peaches and Good To Go, along with Regular Urban Survivors.

Many people will have heard of the Bradford lads at some time in the nineties, as nearly everyone of their singles appeared in the Top 40 (remember that kids, before ipods and illegal download sites?). Therefore there is no excuse for anyone slacking tonight in the crowd, and the mosh pit is suitably bouncing, as singer Tony Wright says. 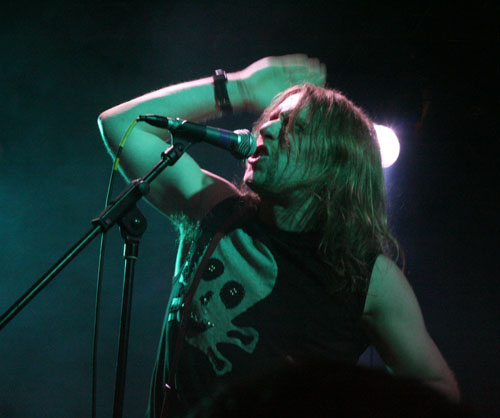 Wright is looking a little like James Hetfield, as he is sporting a Mo (moustache) grown for a prostate cancer charity (see his support band Laika Dogs site for details). Himself bouncing around like a child that needs plenty of Ritalin, it is funny and strangely nice to hear that broad Yorkie accent again. I would not like to be down the front when he is pouring beer on people's heads though.

Musically it's not that tight; there are the odd mistakes and the heavier cover of Kaiser Chiefs Oh My God is not to everyones liking (though I suppose they are keeping it local), but no one seems to care. Reliving tracks that many of us grew up with is all that anyone is asking for, and Terrorvision deliver. 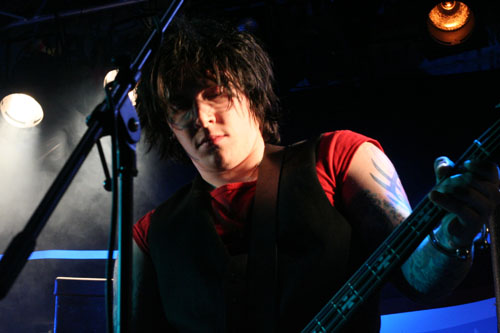 Original bassist Leigh Marklew is absent from this tour (apparently he didn't want anything to do with it). Replacement Danny Lambert and keyboardist Milly Evans do an excellent job filling in. Highlights for me are 'My House', 'Alice What's The Matter', and 'Oblivion'. 'Tequila' should never be played again in my opinion; I never liked that song, but the crowd do (Whoever is at the bar, get the tequilas in! shouts Wright). 'Perseverance' is a great song to end to the show, and with the news that the lads are writing new material, lets hope that there's more to be heard from Terrorvision.