There are not many people present for Tenebrous Liar, the band of Steve Gullick (band photographer, magazine founder, member of...Bender) and it doesnt seem to grow much either. Definitely an acquired taste; Gullick and co create a sleepy haze of music, suited to stumbling around the kitchen at 5am in a drunken state. Using slide guitar to create atmosphere, Gullick mumbles over the top, the words of which are nye on impossible to work out. Occasionally a girl will play the drums standing up, or rather just pound on them along to the distorted guitars. 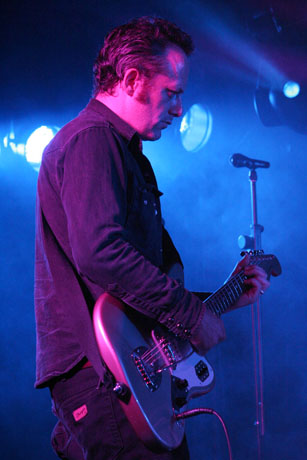 There is a bit of Jeff Buckley in there, but its struggling to get out. You could be forgiven for dozing off, until Gullick screams some ramblings down the microphone (maybe to make sure the crowd are still there?). No apparent set list, the foursome stumble through songs (one is abandoned soon after it starts; because I dont know it). Different, Ill give em that.

Another some may see as an oddity, while others may see as a musical genius, is Josh T. Pearson. Heavily country and blues influenced; but in his own unique way, Josh easily draws the larger crowd in with tales of devils and angels. His delivery is astounding; crazy yet honest and powerful, showing emotion for his lyrics whilst at times hardly producing more than an odd note from his battered electro-acoustic guitar. 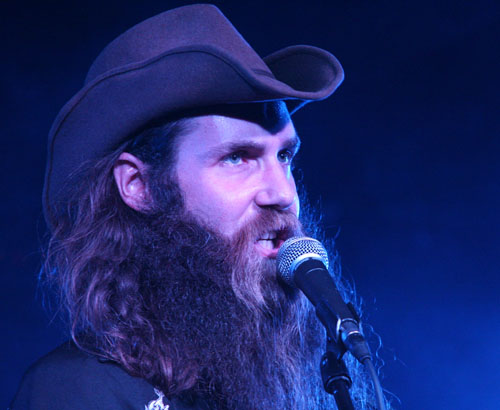 From the quiet to the deafening, with occasional added foot-stomping to give a bit a force, Pearson draws from his childhood; being raised by a preacher. This gives all his songs a religious meaning, but sung in a way that you will not find in any church. Gruff, painful looking wailings tell us of the end of the world as our ears bleed to the sound of overly distorted strumming. You can not turn away from this man and ignore his message; such is the power he sends out.

At one point Pearson removes his cowboy shirt (as it is very stuffy now the small room has filled out) to many wolf whistles and how you doing! He doesnt look too impressed, but its hard to tell under the rimmed hat at ZZ-top inspired beard.

After Pearsons tales of doom, the Soulsavers are here to, well, it reads like a story more than a line up. From Hell to salvation. (It may be a bit too much for a Monday night). More gospel heavy tunes, though what more do you expect with a name like theirs? 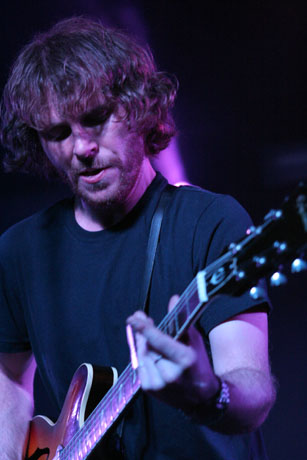 I dont like to say it, but I guess its true. People are not here to see the Soulsavers. They are here for Mark Lanegan, whos impressive work rota has included Queens Of The Stone Age, The Twilight Singers, Isobel Cambell, The Gutter Twins and of course, Screaming Trees. The man must never sleep. He looks a little tired tonight, joining the rest of the band after they have played a haunting intro. Gullick is back on slide guitar, and the tiny stage is crammed with a full band and two backing singers (plus DJs at the back, the main Soulsavers Rich Machin and Ian Glover).

It is like this band was created to fit Lanegans raspy, deep and unmistakeable voice. The songs are gradual yet uplifting tunes, with the odd crazy guitar solo from the most energetic guitar player I have seen in a long time. This is a rare live set from the duo and Lanegan, as the large crowd proves. 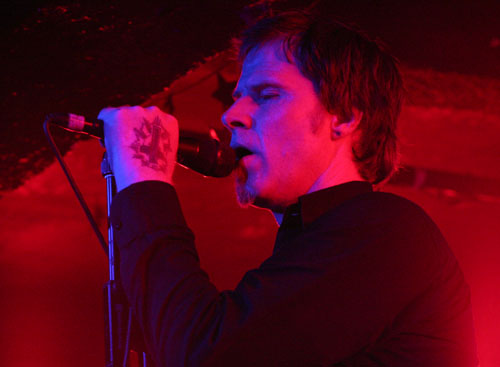 There is no introduction to the members of the band, as Lanegan walks onstage, does a little nod and sings, looking ghostly pale and dressed all in black. Before the set we are looking at the height of the middle microphone and wandering if they had forgotten to adjust it. Nope, Lanegan is very tall; standing centre stage he towers over the other band members, like a looming statue that moves very little.

We are in for a few covers; Creedance Clearwater Revivals Effigy being a stand out track. After the craziness of Pearson, its back to sleepy world for the last band. Floaty melodies with excellent vocal harmonies, all surrounding Lanegans baritone whiskey voice, which never steps a foot wrong. Revival, as the Soulsavers latest single, is also a great start to the encore.

I dont know how many people will hang about with the Soulsavers once Lanegan has moved on to another project, as you cant tie down a songbird like this grunge godfather for long. The musicians here have enough talent to carry on, but lets hope theyre not hoping to ride on his tail feathers for too long.
article by: Danielle Millea
photos by: Danielle Millea
published: 17/07/2007 11:18