Though I only catch the end of Beat Union, I can see that they are trying hard but its the same old new wave stuff. They are tight in their playing, but for punk the vocals are too clean and harmonised.

Even worse are Army Of Freshmen, who despite looking old enough to have been at college three times over, like to act like kids and pogo on stage, all in time (apart from the drummer for obvious reasons). There are six of them, and I am still trying to find out why it takes this wee army to make the noise they do. 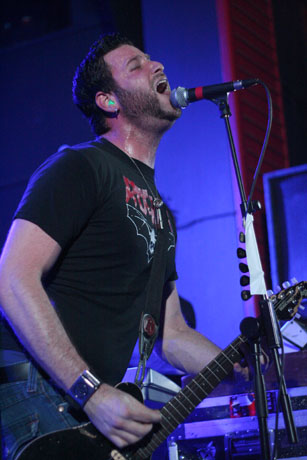 There are two keyboardists; what they play may differ slightly (this is a sampler blah blah) but while one takes on a few vocal duties the other just seems to play around with his keyboard; pretending its a gun, hitting the keys holding it behind his head. All looks quite impressive (for the kids) but I dont see the practical side. Or maybe its because I have seen these before and they would have had to work extra hard (basically re-invented themselves) to impress me.

But that said the youngsters here lap it up, and while their pocket money / EMA / paper round money is paying to see this crap, it will be present at our venues. In fact we are told they are returning for a tour with Bowling For Soup and the Bloodhound Gang. I like the latter; please say it isnt true.

Now at least Reel Big Fish know not to take themselves seriously. Like in a lot of ways fellow American ska clan Less Than Jake, their songs are about basic matters; girls, beer, girls, and then they throw in the odd catchy cover (as well as the infamous Take On Me there is new addition Boys Dont Cry from The Cure and Lita Fords Kiss Me Deadly). 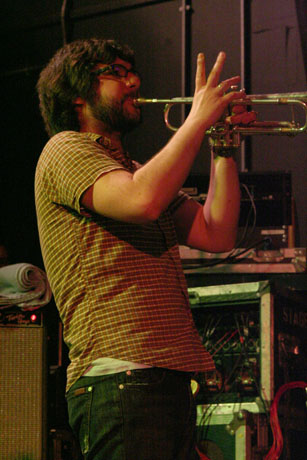 Now I could hate these too, except that they are all exceptional musicians. The vocals from trumpet player Scott Klopfenstein are amazing, delivering high pitched wailings and gruff deep yells in the batter of an eyelid. The banter between him and singer Aaron Barrett are very funny, while John Christianson (Little Johnny Christmas) and Dan Regan dance about like madmen. There is a reserved member of the band; bassist Matt Wong stands out of the way at the back near drummer Ryland Steen (The Rabbit). 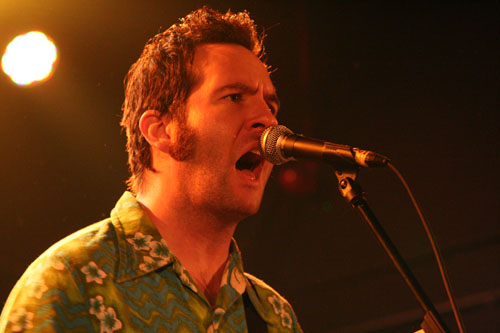 Just because they have a lot of young fans doesnt mean that they hold back on the obscene language. Another F.U. Song must have nearly fifty f***s in it, much to the pleasure of the kids (and the odd parent type). Theres worse things a kid can get into than a bit of swearing now and again.

Where Have You Been is of course a huge sing-a-long, being one of their best hits next to the truthful Sell Out. Take On Me is probably the best thing they are known for; and they accept this by playing it just before the encore. 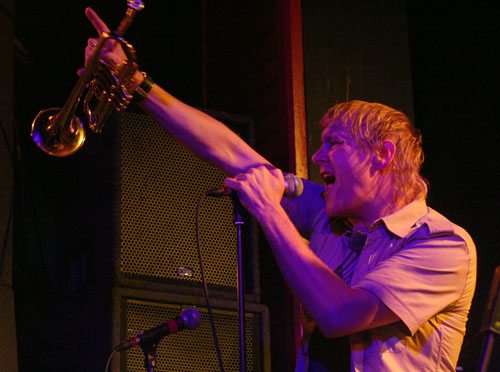 Plenty of variety for the track S.R., as the band show their talents at playing a few of the lines in the style of the blues, ballad, punk, electronic dance, and my favourites; death metal and country. This is just a band out to have fun, and you see what you get. They even have a song to tell you that its the end of the show. I am not a converted fan but for a boozy afternoon in the sun these guys would be at their best (they are doing the opposite by headlining the undercover Dimebag Darrell Stage at Download, but that should be good too!).

Trendy
Everything Sucks
Boys Dont Cry
Ban the Tube Top
Dont Start A Band
Dateless Losers
You Dont Know
The Set Up (You Need This)
Where Have You Been?
Good Thing / The Bad Guy
Another F.U. Song
She Has A Girlfriend Now
Kiss Me Deadly
S.R.
Beer
Take On Me

I Want Your Girlfriend
Boss DJ