The Aliens / Come In Tokyo

The Surrealist Salvador Dali once said "Those who do not want to imitate anything produce nothing." And this unapologetic sentiment is evident in the material of The Aliens  the partial reincarnation of cult group The Beta Band.

Frontman Gordon Anderson was a founding member of The Beta Band, along with John Maclean (keyboards) and Robin Jones (Drums) but left the group in its early days. Happily, after losing nearly a decade of his life to acute psychosis the charismatic vocalist & songwriter is now healthy & heading up this appealing trio of old mates. 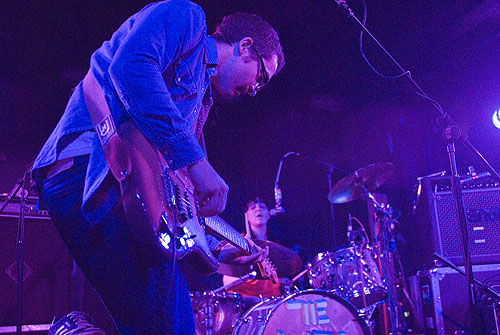 Following on from their great support band Come In Tokyo  a White Stripes-esque duo from Edinburgh with a collection of meaty instrumentals & catchy Indie Pop tracks, the five Aliens (theyre touring with two extra members) appear through the theatrical smoke looking like a cross between Daft Punk & The Hair Bear Bunch.

After a friendly greeting, the band begin with their single Setting Sun & its apparent from the first note that these guys are a solid live act. Theres a camaraderie between the group thats evident not only in their banter, but in their ability to swing within a single song between psychedelic acid rock & Beach Boys style harmonising. 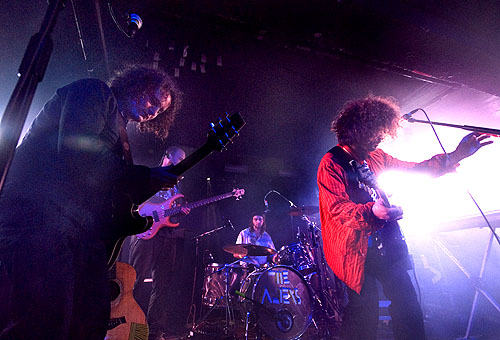 There seems to be nothing Anderson cant do  Guitar virtuoso, comedian & expert Robot Dancer (eat your heart out, Peter Crouch); this guy has killer charm. Meanwhile, Maclean on the keyboards jumps up & down like an excited puppy during the up tempo tracks and everyone else on stage looks completely blissed out. 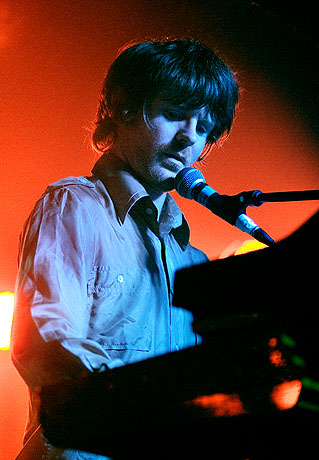 The eight songs in the bands Manchester show seem to flow logically on from each other. Ionas (Look for Space) recalls the slow, emotive sound of Pink Floyd, while Glover with its 80s style game noise samples, clock ticks & psychedelic Beatles harmonies a lá Sgt Pepper, constantly flip flops between tempos for over eight minutes. Somehow though, their tunes come across as more than just a pastiche of retro musical trends. Perhaps its the fact that the band dont seem to be taking themselves too seriously that makes the difference between them potentially subjecting their audience to a history lesson in male music artiste wankery (Prog Rock anyone?) but instead produces a collection of songs that reference the best of the past, culminating in a dynamic and accessible sound that feels genuine and fresh. 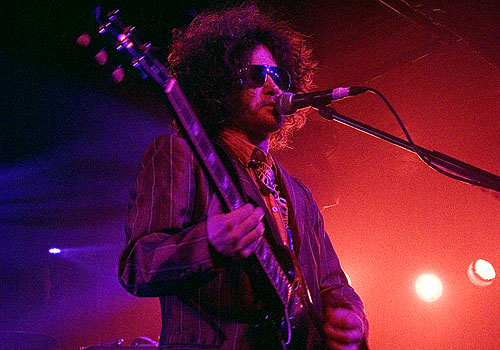 Closing with the upbeat & unapologetically catchy The Happy Song, the band shake hands with the front row before briefly leaving the stage. The inevitable encore sees The Aliens returning to perform Rox, sampling their own track Robot Man which finishes with the eerie Close Encounters of the Third Kind theme layered under a wall of noise.

more about The Aliens
more about Come In Tokyo
more about Academy 1, 2, 3 & 4 (Manchester University), Manchester