Your Codename Is : Milo have just stepped off the back of their own tour to come and play with fellow crazy-named Biffy Clyro. Their set of Screaming Ground, 17,Understand, Im Impressed, Translate, Rapt. Dept. and All Roads To Fault are ploughed through with barely a word for us from the Geordies. I appreciate the rock beats they are producing on such a small stage (the bassist was standing behind the drummer at the start), but the vocals from Paul Mullen are too screamo-emo and this destroys the hard work by the rest of the band. 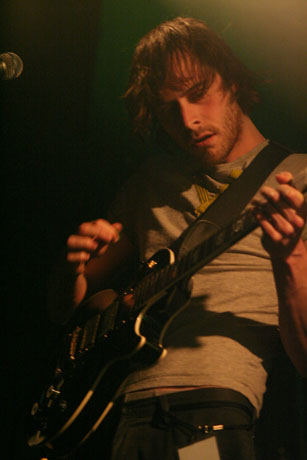 Here we have a reviewers worst nightmare, the unique and absorbing Biffy Clyro. With a band name and song titles to match the indescribable type of music, Biffy are one on their own. Obviously rocks in there, but after that its anyones guess (including the band I imagine). The grunge influences can be heard, what with the driving guitars and backing rhythms from the drums and bass holding it together. Its when the songs go off on one that it gets interesting. 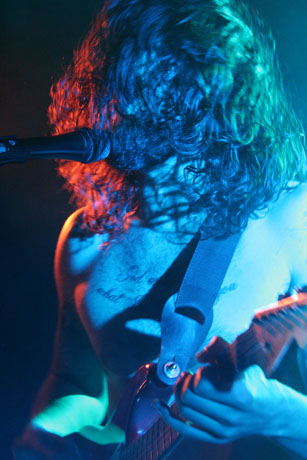 The shift in tempos and change of directions makes it difficult to nod your head to the every-changing beat, but the fans manage it well. That is the thing, Biffy have been successful for years in the underground scene, and it's only recently that they are starting to get noticed; just because some popular music magazine says it is their time to shine. If this helps them on the way they themselves want to go then thats great, but not if it disrupts their sound, which could end up driving the loyal fans away.

The first time I heard last single Saturday Superhouse I though it was a little poppy for them; with a little too much structure and not enough of the crazy ramblings we are used to. Nevermind though; as a lot of tonights set list focuses on songs from the last three albums. Sure we have a taster of the new album Puzzle, in the way of new single Living Is A Problem Because Everything Dies, but the best songs are from Blackened Sky (57, Justboy and Joy.Discovery.Invention) and Infinity Land (My Recovery Injection, Glitter And Trauma and the great Theres No Such Thing As A Jaggy Snake). 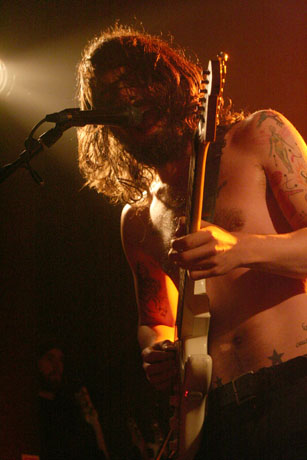 The band dont talk much, and the little they say is spoken with such a Scottish accent it is sometimes difficult to interpret over the feedback from the speakers. Simon Neil is a young rock girls dream; wearing no shirt and covered in tattoos, his face hardly visible under that black mop of tangled hair. James Johnston stands at the other end of the stage, his red locks also obscuring his face. Ben Johnston seems to have seen sense; having lopped off his hair (probably so that he can see what he is doing behind those drums).

This also helps him when providing a third of the bands vocals, with all the Scots having some input (although much of the wailings come from Neil). The quiet/loud dynamics work well, both vocally and musically, and those new to Biffy can appreciate the complicated style in which they play. 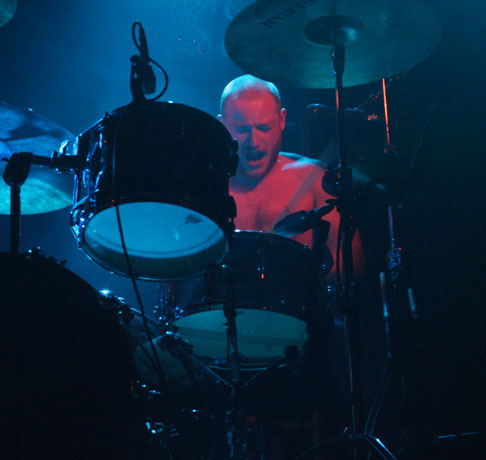 Mon The Biffy! gets shouted out a few times (as in Come On Biffy!). The lads may not have much repertoire with their fans but they can afford to just let the music do the talking for them, and with the amount of touring they are doing at the moment (fresh from the Kerrang Tour in January, onto this sell-out tour and then to the Summer festivals) its not long before their fan base will be going overground.

57
Whos Got A Match?
Saturday Superhouse
Joy. Discovery. Invention
Liberate The Illiterate/A Mong Among Mingers
My Recovery Injection
Now Im Everyone
Get Fucked Stud
Some kind Of Wizard
All The Way Down: Prologue Chapter 1
The Kids From Kibble And The Fist Of Light
Questions And Answers
Love Has A Diameter
Justboy
Glitter And Trauma