The support band Scots Darkwater came out of nowhere to suddenly be offered a support slot by Hayseed Dixie and having heard their Myspace tracks I was expecting a much different band to the one which took to the stage.

Now bear in mind I spent the WHOLE of their set waiting at the bar to be served by the slowest barstaff I have ever had the misfortune to be stuck in front of. I eventually got a pint, walked into the adjoining room where the band were playing just as they said their goodbyes and walked off stage. 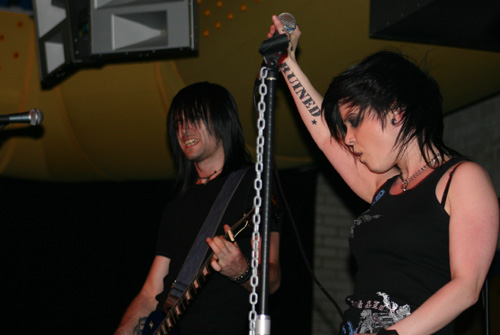 I was seething. The muted sounds Id heard sounded like some good old-fashioned hard rock that reminded me a bit of Suzi Quattro at times. There were a few classic rock licks that got my foot tapping at the bar. It sounded like some songs were fairly keyboard driven at times but still retaining that classic hard-edged rock/metal hallmark. Sounded interesting enough that I wish Id had the chance to give them a proper listen.

The room is a tight squeeze of people of all ages as I navigate my way to the front for Deer Lick Holler, Appalachias favourite sons Hayseed Dixie. Who Id actually forgotten are Americans as I saw them on the festival circuit so often last year. While the PA plays rock songs that have the crowd asking each other, Who was this again? the stage is cleared entirely of any equipment. 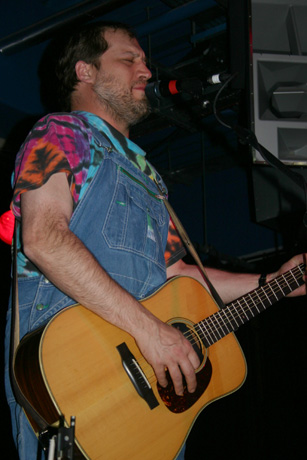 Theyre often described as a bit of a joke band, with their bluegrass treatments of popular rock anthems. And as they take to an empty stage populated only by four microphone stands Im reminded they have no drum kit.

Yet their music is dizzyingly fast and contains enough depth not to need a drumbeat. They are talented musicians who showcase their skills on mandolin, fiddle, acoustic guitar, banjo and acoustic bass.

Playing mainly covers and a few of their own songs Hayseed Dixie play at pace and singing along to covers like Green Days On Holiday, Fat bottomed Girls, Strawberry Fields and Scissor Sisters' I Dont Feel Like Dancin' make me realise just how fast they are going.

Their few well known originals are sprinkled throughout the gig and show they can do song writing, with Moonshiners Daughter and Kirby Hill showcasing some great bluegrass picking and well structured songs. Lovelorn lament Keeping Your Poop In A Jar shows their liking for dark comedy, they should do more stuff like this. 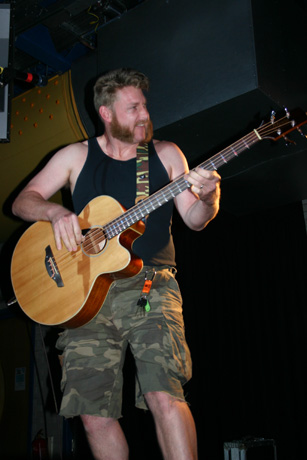 The band pause at one point and lead man Barley Scotch, asks if there are any reviewers in the audience and if so could I give them a bad review as they love bad reviews, informing us that the USA Todays review which named their album the worst in 2003 is on his lavs wall alongside the gold disc for said album. And that their current albums cover has been panned.

Well its a subtle way to let us know they have a new album out Weapons of Grass Destruction which they also ask us to buy direct from them, so they, not the record stores make the money. Tracks from it, which I assume are their own material are played tonight. Holidays in the Sun about the Berlin wall, Breaking the Law about their fave thangs, drinking, cheating, killing and hell. Testify! More Pretty Girls Than One, The Rider Song well they have a bucket of beers and a bottle opener and even share them with the crowd and She Was Skinny When I Met Her are all top crowd pleasin tunes. 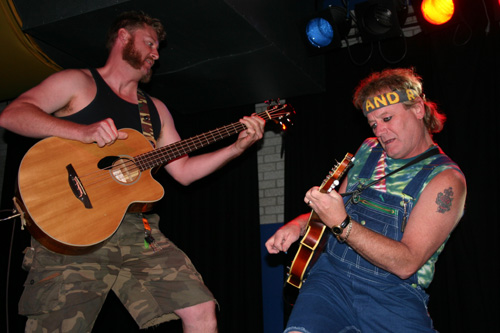 Highlights are obviously their dance/sing along rock anthems, Walk This Way, War Pigs, Ace of Spades and Highway to Hell where lead singer/guitarist/fiddler Barley Scotch really lets his voice go! While Deacon Dale Reno races around the stage with a lit cigarette on his mandolin at all times (what happens when the no smoking law comes in?) doing a very passable Angus Young impersonation in cut off dungarees while playing smokin' (literally) mandolin licks. Interweaved around this is the banjo of Reverend Don Wayne who is just blindin', his fingers are a blur. Bakesnake Jason Smith the bass player sporting a beard of biblical proportions provides all the rhythm the boys need.

Dale and Don Waynes father co-wrote Deliverence's theme tune Duelling Banjos' and so it closes the show, played at breakneck speed its a great end to the night. Hayseed Dixie are it seems out lasting their 15 minutes of fame  probably because they are so talented at their instruments. The album Weapons of Grass Destruction is well worth getting too, and not just for the covers, this is bluegrass at its most accessible. Half the songs they do are better than the originals in my opinion. With the Dixie treatment they have more punch.

Actually, just for Barley, Hayseed Dixie should never be allowed on stage in this country again, shockingly poor musicians who left the crowd morose and despondent and playing songs from without doubt the worst album of 2007! ;)
article by: Scott Williams
photos by: Karen Williams
published: 24/04/2007 20:01