Captain Everything are a band that like to be heckled. After some pretty lame attempts by the crowd the insults come thick and fast, and the mere mention of Watford versus Manchester Utd causes humorous slagging off aimed at the Watford wailers. 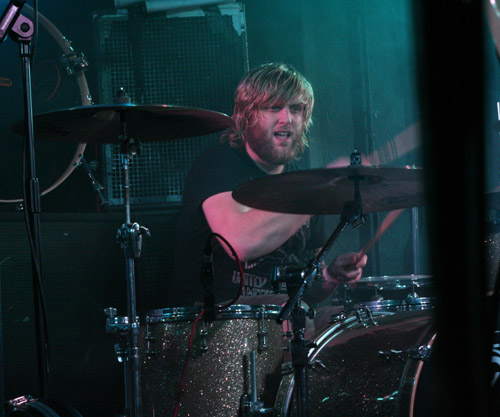 When they stop the banter and get down to some serious music making they have the sound of skate punk down to a tee, and the attitude and sense of humour youd expect from the support of a Fat Wreck show. We Used To Be Friends is a great slab of hardcore punk.

Unfortunately Young Guns do not fit into tonights bill at all. More pompous emo rock than comedy punk; the singer is wearing a Police shirt for gods sake (I like the Police mind, but surely their impending reunion has nothing to do with this?!). The vocalist is completely up his own butt, and I feel sorry for the rest of the band who can generally play, but just fronted by an absolute show off. The crowd know it too; the place is hardly full but the numbers have noticeably dwindled since they hit the stage. One pro point for them though; they do make the stage look bigger, even though there are five of them. But with Andrew WK, Bon Jovi and Mr Big as influences, you cant expect much.

Lagwagon fill the stage (one man giant Chris Flippin manages to fill most of stage right on his own). We are informed there is no set list, and it becomes clear that the way to get a request is to clamber on stage just when the previous song ends and ask for a song from the nine albums Lagwagon have released during their just-short-of twenty year career. A bit like pass the parcel but with sweaty punks and songs as prizes. 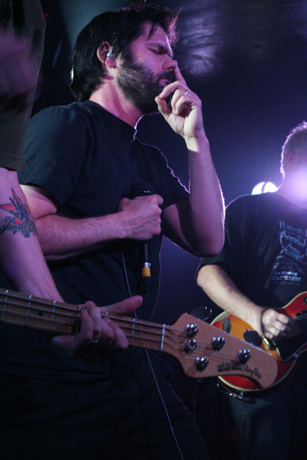 Singer Joey Cape is a man with an itchy finger, who just loves to pick his nose when not screaming down the microphone. As you can expect from the first band signed by Fat Mike to his label Fat Wreck Chords, these guys are the optimum of fun. Hearing the songs and seeing the band photos on the road gives a good idea of what they are like live; utter comedians.

The struggle to get to the stage is not too bad; everyone is here for a good time. The show is hardly sold out, I would say the small venue is two-thirds full, but this makes for an intimate show where the crowd can really go for it. Fans of all ages are causing a mini riot in a huge mosh pit that covers half the room, but doesnt realy disrupt peoples viewing as there is plenty of space. 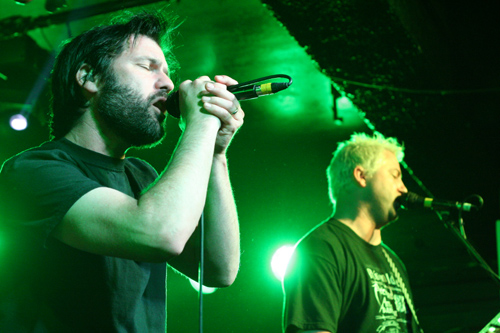 Most of the requested track are oldies; there are the odd ones like Lullaby and Dividers from Blaze (2003), with the majority of the tunes coming from the Hoss album (Violins, Sick). My favourite Mr Coffee is played in the final minutes; good job as I wasnt leaving until I heard it (after a few unsuccessful attempts at stage invading and shouting from the back, I had given up all hope of hearing the true-to-life track from their debut, but a young boy finally asked!)

Final track Razor Burn receives a huge chorus of singing and fists in the air. This is what you want from a show; something for the fans. I know they have no album to promote at the moment, but other bands should take notice and leave the new tracks for a later tour; people like to hear the songs they know if a band rarely tours.
article by: Danielle Millea
photos by: Danielle Millea
published: 18/04/2007 00:02