The shows running late tonight but the venue is still only half full when Brian Houston takes to the stage with his guitar to play an acoustic folk-rock set. He does a sterling job of engaging the crowd through his sheer enthusiasm. Some are obviously there just to see him and know the songs.

Brian has a slightly gravelly folk voice akin to early Dylan, songs with stories and characters woven in and occasionally extra anecdotes (hes Irish and cant help himself!). The stand-out songs are tracks from his latest album Sugar Queen - the bluesy title track with audience participation on backing vocals, These Days which transports us to the streets of Belfast, and Childish Things complete with high kicks in the chorus. The excellent Sugar Queen is his bestselling album to date, out of a back catalogue of nine, so hopefully his profile is picking up a bit. Sadly his set ends much too quickly. 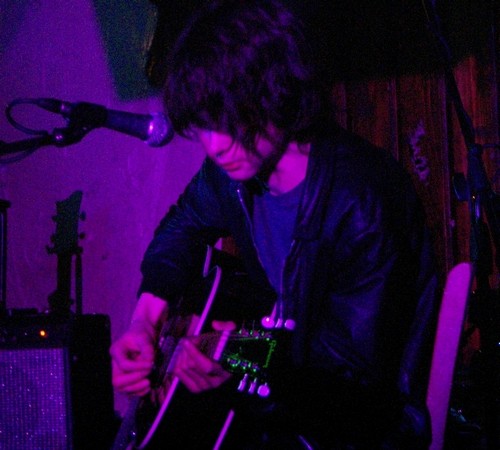 The next lonesome guitar player, Ain, has an even shorter slot  I suspect hes quite relieved as hes simply unable to compete with the chattering voices and bar noise. He is seated to play softly strummed guitar and has gentle vocals which are lost on the crowd. Even so the melancholy alt-country songs, including Sunday and Close to Cotton, are quite riveting, though clearly not the sort of music to listen to when youre amongst a disrespectful audience!

The venue has only just filled up with people arriving shortly before John Power plays, with Jay Lewis on bass and Steve Pilgrim on drums, who both also contribute backing vocals. John is eagerly anticipated by the crowd, but late, which means the set is curtailed to an hour with no encore. Maybe for this reason it all seems a little rushed with just cursory introductions between songs but its also extremely energetic, John Power doesnt stop bouncing throughout and the drummer plays like a maniac. John was the frontman of Cast and prior to that bass guitarist in the Las, but by all accounts he seems to have finally found his spiritual home in his most recent solo material, which has been influenced by Captain Beefheart and John Steinbeck. 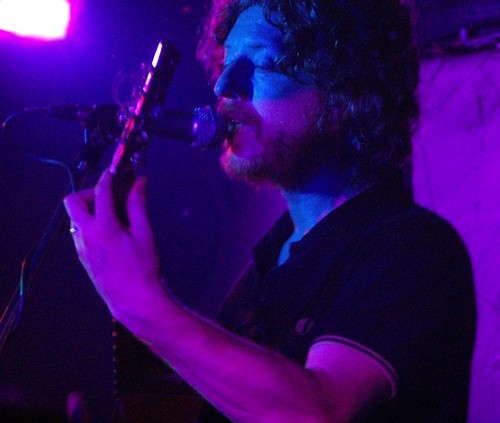 The current tour is showcasing songs from his second solo album Willow She Weeps, which is a complete departure musically from his previous ventures. Its very driven country-folk-rock with bluesy slide guitar and an almost Cajun sound on some of the songs. Highlights are the lively opener Jumping Bean, the outstanding Willow Weep, St Louis with the drummer on handclaps all the way through, as well as the fast, stomping Good Morning which starts with thunderously loud crashing drums, All My Days and an Old Red Sea trilogy or mock rock opera as its described.

The songs are certainly well received by the enthusiastic audience, apart from a couple of chatterboxes at the front of the stage. One of them gets a knock on the head from Johns guitar (accidental I hasten to add) and a few choice words before he launches into Goodbye! Its all very infectious, the crowd are beaming and theres even some bopping at the front to the driving rhythms.

Nobody seems to mind that John Power doesnt play any Las or Cast songs, and perhaps that doesnt even deserve a mention. Evidently he has well and truly moved on and looks like hes absolutely thriving in the place hes arrived at now.
article by: Helen O'Sullivan
photos by: Helen O'Sullivan
published: 06/04/2007 16:43