It's a pretty miserable Sunday evening in London - cold, grey, and wet but that's alright because I'm hoping the Water Rats theatre has an evening of summery pop to lift us, however, as it turns out the three bands being showcased tonight are much heavier and infinitely louder than I am expecting! 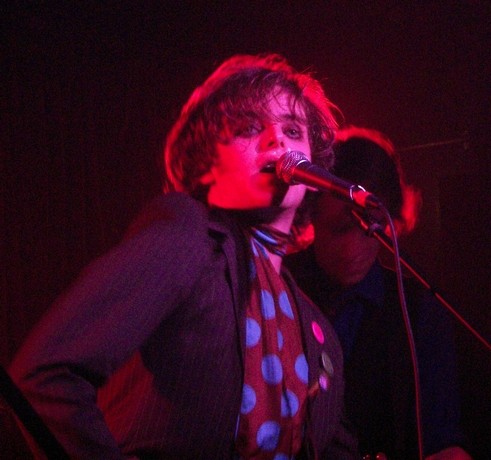 First up are Borderville, a 5 piece rock band from Oxford, who I have seen play here once before and they are impressive in drawing the biggest crowd of the night again, despite the fact they are on first and the only band out of the three who aren't London-based. They are hugely entertaining to watch and incredibly energetic, even though their glam rock make-up is melting under the lights in this sweaty venue. They race through their set and the theatricality of it calls to mind a speeded up version of Rocky Horror. The songs are excellent, especially 'Glambulance' and the melodramatic 'Written for the Stage', which ought to be in a musical, and the feel good factor and high pitched lead vocals have much in common with The Polyphonic Spree who are cited as one of their influences. 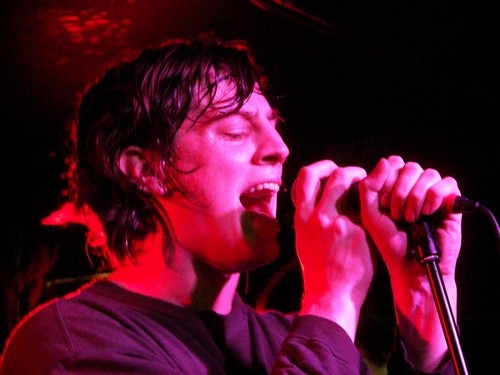 The People's Revolutionary Choir are a six piece band with the nonchalant indie look and an enigmatic frontman, Lal Townsend, who teeters at the edge of the stage, thrashes a tambourine frantically at times and also plays harmonica on some of the songs. Sadly his vocals are drowned in the wall of psychedelic sound, guitars, keyboards and driving drums and I can't discern any words or song titles! They seem to be building a reputation though and supported The Brian Jonestown Massacre on a sell out European tour at the end of last year. Their new single 'The Breeze that Blows' will be out on Weekender Records as a 7" in April. 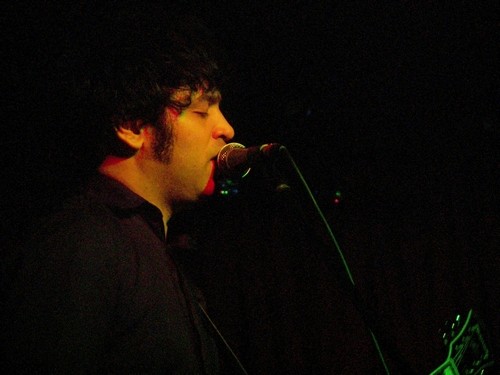 I had assumed, from the name, that The Tamborines would be chirpy songs, jangly guitars and tripping keyboards but the band are apparently peddling thrashy electronica pop-rock and build a massive sound for a three piece, which has been compared to My Bloody Valentine and The Jesus and Mary Chain. The core members are Hernz on lead vocals and guitar, with Lulu on keyboards, tambourine shakes and backing vocals (which are unfortunately barely audible). They power through their swirling songs including 'Come Together' and 'Looking Glass House'; thankfully, melodies and lyrics are evident this time. Their single, and highlight of the set 'Sally O'Gannon, which has received excellent reviews, finishes in a massive crescendo of guitar, keyboards and drums. They return for an encore and to their credit manage to bring the crowd back to listen to their final song even though people had started to disperse.