The Academy is pretty empty but the kids are out in full force for the first act, punk pop trio Tat, named after singer Tatiana DeMaria. Its clear that the boys like her and the girls are jealous. She can sing and play the guitar, though the overwhelming Green Day copycat movements are a let down.

Saying that the band are tight with a healthy sound; Champagne, Cocaine and Strawberries, about how to consume all three things and glorifying them may not be the right song to sing to kids of this age, but I am not old enough to be bothered by it. 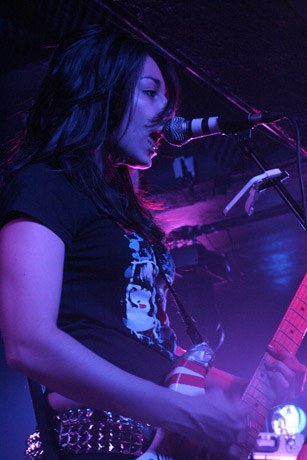 Pessimist and Bloodstain are also catchy songs but, though it may be new for the younger crowd members the older ones amongst us have seen it all before, except they have the added original bonus of a female singer.

The Draft do not have that much of a following here tonight. I have seen them before in Leeds, and the crowd there love the melodic sound of the Gainesville lads, but tonight is a quite quiet affair. Singer Chris Wollard appears to be quite drunk, shouting "Yeahs" at the crowd at an annoyingly repetitive rate, even getting a beer can thrown at him, which he responds to with a couple of finger salutes. 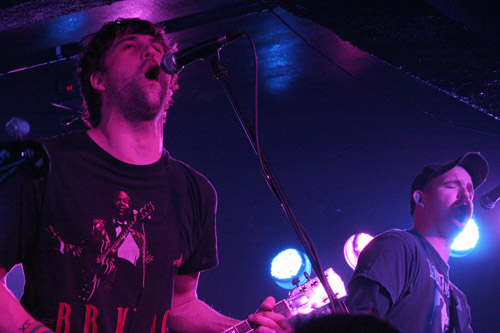 The music however is tight, what you come to expect from the band with members of this calibre (ex-Hot Water Music, Black Cougar Shock Unit, Discount), but apart from some over enthusiastic people down front the place is sadly quite still, even for tracks like Lo Zee Rose and others from debut album In A Million Pieces.

Twenty years and still going, though to look at them they must have started at ten years old, The Bouncing Souls are the band the crowd really want to see. The Academy is now full for the sold out show; the kids are still down front, stage diving and beer throwing, which starts off as amusing for the band, which forces singer Greg Attonito back to the drum kit a few times. 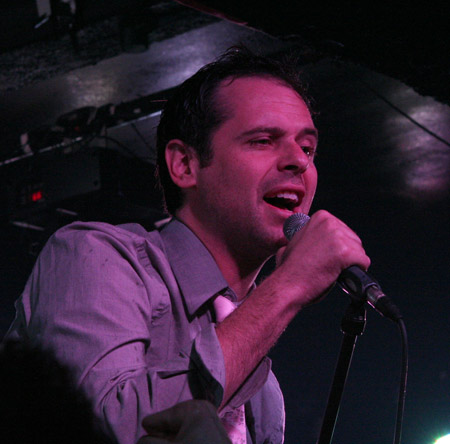 His act of front man is different to what you would expect, with one eyebrow dropped and a amusing swing in his step he appears odd as the singer to a fast paced punk band, but at the same time you wouldnt expect anyone else to front a band such as The Bouncing Souls.

The live show is just pure fun; at one point Attonito gets hold of a fans mobile phone and proceeds to call random numbers stored on it (what if its their gran!). The cover of Avoid One Things Leen On Sheena goes down well, as do other favourites East Coast! Fuck You! and Kate Is Great.
article by: Danielle Millea
photos by: Danielle Millea
published: 15/02/2007 11:07