Back in Australia, Sydney based singer songwriter Lior is a big performer on the Folk Festival circuit. With people lounging around on the floor and the smell of spliffs wafting through the air, the atmosphere during his intimate show at the Manchester Academy 3 must have made him feel right at home.

Unlike most big name Australian Roots inspired artists, there is no hint of the parochial in this performers music. His song writing and music seem to be influenced by a wide range of styles including both Western and Middle Eastern Folk - (Lior hails originally from Israel), Rock, Bluegrass and happily, not a didgeridoo in sight. 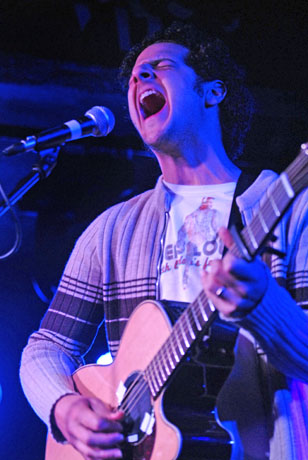 Lior is playing his current UK tour without his usual band and performs most of his show solo, though occasionally with the backing of a lone Cellist. It takes a truly professional musician to play for a small crowd with such enthusiasm (not even taking into account the cold he is currently carrying which he needlessly keeps apologising for) but he comes across as such a laid back and sweet tempered character that the show becomes almost as much about the relationship he builds with the audience as the music itself.

Beginning his performance seated centre stage with the eponymous single from his Album Autumn Flow, Lior soon begs the audience standing around the sides and back of the room to move forward so he can see who hes singing to. Quipping that hes lonely finally draws around a dozen females forward to sit cross legged nearer the stage and its soon obvious that theyre smitten. 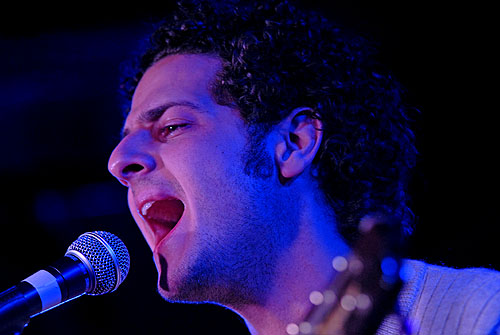 A varied set of tracks are contained in the solo performance. Liors voice is capable of hitting a fine falsetto and songs 'Grey Ocean' and new track 'Corner of an Empty Road' contain some emotive vocals that resemble the haunting sounds of the late, great Jeff Buckley. The song Lior announces as his deepest, 'Bedouin Song' was written for his birthplace and the people of the Sinai desert and a cover of Day is Done is also thrown into the set - a tribute to one of his musical heroes, English Folk musician Nick Drake.

Without even a guitar tech on tour, the job falls to his manager, Nick and at one stage in the performance Lior halts after the beginning of a song to praise his efforts. Between tracks about halfway into the show, Lior jokes You know youre doing an intimate show when you can hear someone eating [crisps] and the audience laugh as the guilty party offers one to the performer.

The show closes with his best known single, 'This Old Love'  a sweet nostalgic tune that has since been hijacked by newlyweds to play as they march down the aisle, but the applause of the small crowd brings Lior back on stage for one last number, Zion before he retires to indulge himself with a well deserved packet of Sudafed.
article by: Kirsty Umback
photos by: Kirsty Umback
published: 13/02/2007 12:15