Though it is only his name, the insertion of the middle initial makes you wonder whether it is a play on the name Peaker. But then one listen to the random set of Micky P. Kerr and you forget everything else, and try to understand where this guy is coming from. He starts with a couple of spoken poems about dating rock chicks and drinking, gains a keyboardist and plays a ballard, then adds a female vocalist for another ballard  Suzie Mae. The funny poems go down well, but the hum of conversation from the crowd is apparent during the slushy stuff. Mickys answer? To bring on local lads Jack Afro to help him with a rock song and then a GLC inspired rap. How random? 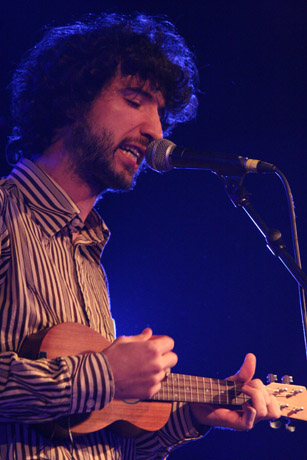 After coming to terms with the twelve hundred different genres that appeared in the previous set, I settle back to watch Voltage Union. It is quickly decided that these Leeds lads are indie, not this reviewers cup of tea. I give them a listen, but they have missed the boat that sailed with Yorkshire scribbled on the bow. The sound has been heard before, though they are tight, and have their own hand-made light-up box showing their name (which cannot really be seen by anyone past the front row). Though playing The Strawbs track Part Of the Union prior to the set is a clever move. 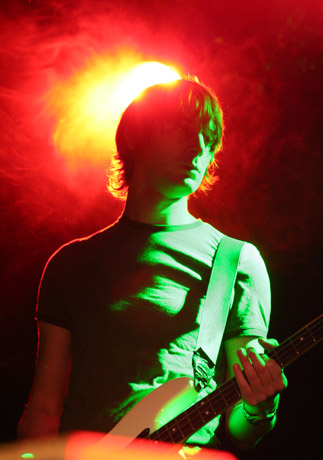 The front row is not where I want to be as The Pigeon Detectives show up, to the much sappier tune of Drove All Night. Probably seen as the next Kaiser Chiefs (they are supporting them at the moment) the crowd are chanting Yorkshire, Yorkshire. It would be interesting to see if this gig has sold out anywhere other than their home city. The singer is like the singer from other locals !Forward Russia!, twisting the microphone cord around his neck and everywhere, and stage diving during the first song. Trying a bit too hard me thinks; they have a full hour to go. 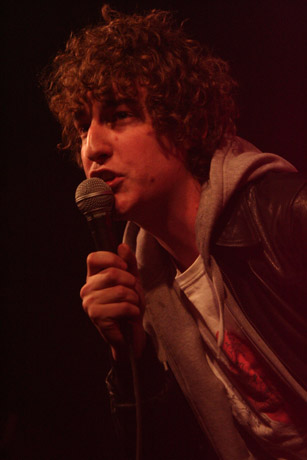 The next song involves a full bottle of water over the singers head, self-inflicted. Again, though they credit many of the standard influences  Nirvana, The Beatles, Elvis Presley (well, near standard) the sound is nothing new. The stage antics are over the top, hopefully not trying to conceal the lack of originality in the music. Again I am not an indie fan, so to completely dismiss them is unfair. Lets see how far they get. There are many people on stage at the end of the frantic show. Even if they never leave make it floating out of Yorkshire with the Monkey Chiefs they can say they came and conquered their local uni.
article by: Danielle Millea
photos by: Danielle Millea
published: 08/11/2006 22:26