You may not have heard of Jim Noir, but chances are you will have heard him. His first single Eanie Meanie is currently being used by adidas for their World Cup campaign whilst My Patch has been a staple for talkative DJs background tunes and heavily featured in Channel 4s Sugar Rush.

Hes a talented boy too. He played every note on last years debut album Tower of Love, no mean feat given it had production and musical intricacies that suggest a perfection obsession akin to Brian Wilson, so it would be interesting to see how the tunes transfer to the live stage. 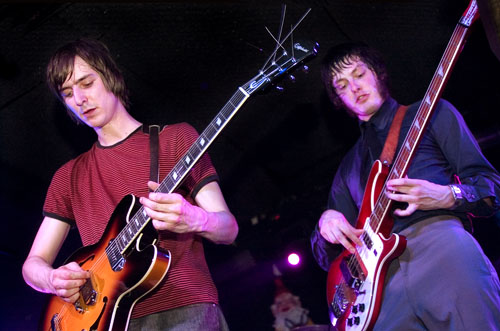 To this end label mates The Beep Seals have been drafted in to provide a band for the tour. Indeed, label My Dad seems to have a flexible roster as remarkably polished support Otra Mano are also signed up, and their front man used to play with Beep Seal Jack Cooper. This familiarity shows throughout the gig as onstage banter is amusingly matey, and includes an impromptu You Can Call Me Al singsong, the Seinfeld theme tune and helicopters. I guess you have to be there.

Noir took to the stage in trademark bowler hat and red military jacket, looking slightly apprehensive in front of a sold out homecoming crowd. This was confirmed with the line I dont know about you, but Im s*****g myself. Nevertheless, the opening Key of C seemed to settle him into his rhythm.

The songs are perfect for the rare sunny days that Manchester had been enjoying over the weekend, taking us back to those innocent halcyon childhood days with keyboard riffs reminiscent of fairground rides and lyrics that could be nursery rhymes without the harmonious backing. Eanie Meanie, My Patch and I Me You Im Your all revolve around a basic wording and even Noir admits that his songs are silly during Computer Song. 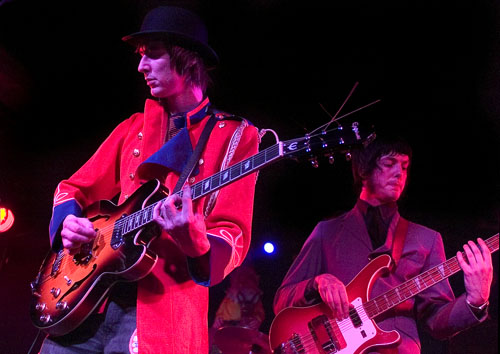 Underneath the simplicity though there is some outstanding musicianship, clearly well rehearsed (those three part harmonies take some work), that belies the relaxed and slapdash demeanour. Noir has clearly absorbed a lot of music in his young years, much of it seemingly from 40 years ago, and his songs are often reminders of The Kinks and their peers.

Final song My Patch is almost a summary of whats gone before. Even with just its simple descending riff and the primary lyric of if you ever step on my patch, I'll bring you down the crowd are bouncing away involuntarily, clapping and singing along, proving that Noirs style of playground genius is both big and clever. He may be something of an obsessive musical know-it-all, but Jim Noir is charm rather than smarm.
article by: Jonathan Haggart
published: 12/06/2006 09:30