Bostons The Dresden Dolls have been performing their self proclaimed Brechtian Punk Cabaret since forming six years ago. With their references to Brecht  the German poet & theatrical reformer and their uniform of bowler hats & white face paint, you could be forgiven for thinking that the music of the Dresden Dolls would be pretentious & shallow. Happily not.

Taking on the influence of Brecht means that the duo encourages their audiences not to stand by as idle viewers at their shows, but to get involved with the performance. This was very much in evidence at their Manchester show on Saturday night. 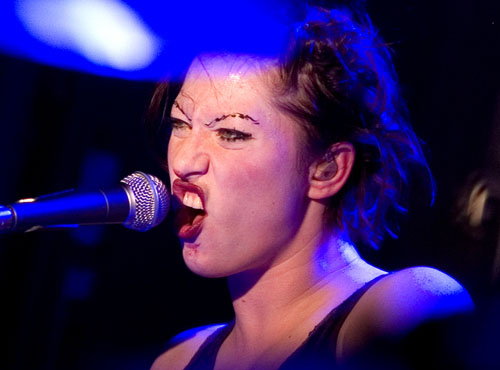 After a short display by aerialist Alexandra who spun from curtains suspended above the Academy 2 stage, singer/pianist Amanda Palmer and drummer Brian Viglione walked on & threw flowers to the crowd before sitting down to their instruments.

For an act so potentially static, the two musicians were soon working up a sweat & it wasnt long before the face paint had melted & hats lost. Brians playing certainly betrays his Metal roots & its the combination of his hard-core style & Amandas theatrical/New Wave past that make the duos music work so well, yet makes it so hard to classify. 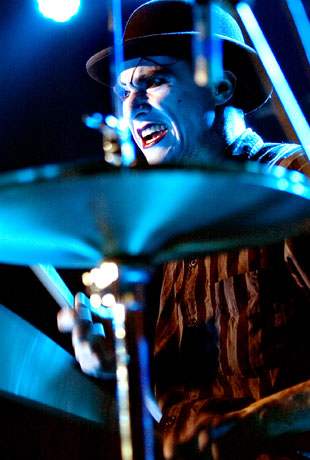 With such a fanatical fan base, it was no surprise that the audience were word perfect as they sung along to many of the songs, especially the tunes off the bands 2004 self-titled album. One of the biggest singles off that release, Coin-Operated Boy came early in the set & Amanda & Brian were able to cleverly draw out the song to the point where the crowd were in a state of near frenzy. The Dolls obviously enjoy feeding off the crowds energy & from the start of the show, the band refused to stick to their set list, but choose what to play next by judging what their audience wanted to hear.

Halfway through the show, the duo played several covers including Black Sabbaths War Pigs & David Bowies Port of Amsterdam. As Amanda sung this sea shanty about drinking & whores, she came to the front of the stage & rested her boot on the head of a young male fan in the front row. Since she was wearing a black velvet slip with striped stockings & suspender belt, you could tell by the look on his face that this was an experience hes unlikely to forget. 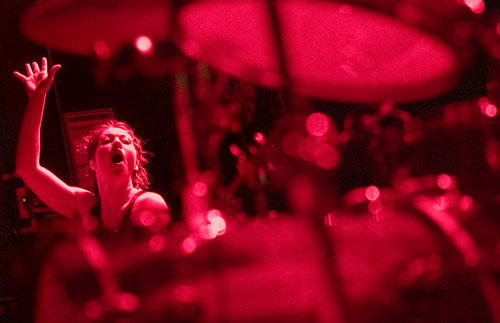 Other songs performed included Sex Changes, Mrs O and Mandy goes to Med School from their new Yes Virginia LP & towards the end of the performance, Amanda thanked the audience for coming to the show since Morrissey was playing just a few miles down the road. This led to a cover of the Smiths I know Its Over which they had only decided to perform during sound check.

After carrying Amanda off stage after a hard & fast rendition of single Girl Anachronism, Brian re-entered first for the encore. With only ten minutes left before the venues curfew, the pair seemed determined to give their fans as much of themselves as they could before they were made to stop playing, finishing with 2004s The Jeep Song at the crowds request. 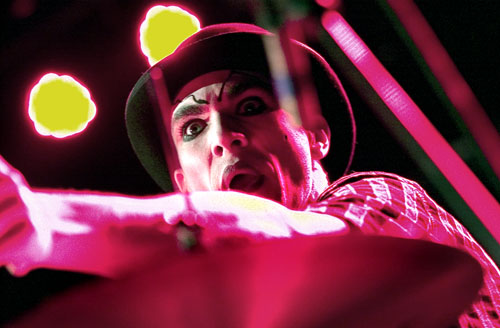 The Dresden Dolls have an amazing rapport not only between each other but also with their audience. Coming to a show with flowers, letters & gifts for a band shows that the loyal followers of the Dresden Dolls have invested a lot in the group. Happily, these fans are paid back for their devotion with two musicians willing to give so much of themselves back. Brecht would most certainly be proud.
article by: Kirsty Umback
photos by: Kirsty Umback
published: 08/05/2006 16:41