Before seeing Queen Adreena (QA), I had heard an incredible amount of good things about this band, the main point being that a QA gig, isn't just a gig, it is a theatrical epic.

QA certainly lived up to their reputation, this was certainly a theatrical masterpiece. Vocalist Katie Jane Garside draws you into her warped world and darkest depths of her mind with the lyrics, and at the same time she just mesmerises you with her stage antics. Admittedly this type of music isn't everybody's cup of tea, however thankfully I like this sort of moody, atmospheric music that is brought to life on the stage, and oh boy Katie certainly brings it to life. 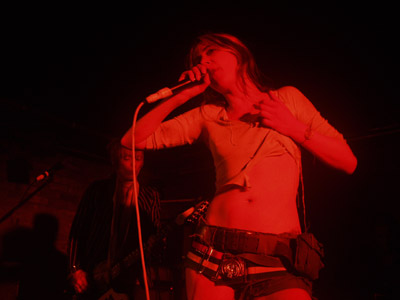 QA opened the nights proceedings with 'Kitty Collar Tight' from the album 'Drink Me', which seemed to be a very popular choice amongst the audience. Katie was wearing what looked like shorts with a combat belt and a t-shirt which seemed to get wrecked throughout the set.

The impression I got when I first saw Katie walk on to the stage was a shy, quiet, introverted singer, however once the words come flowing from her, she becomes this larger than life character who is letting us in to her private tortured world. She quickly turns into a growling, almost possessed demon during 'Kitty Collar Tight' and throughout the night we are treated to an almost split personality from Katie, ranging from sweet, introverted, gentle lady to hard nosed, angst fuelled, growling furious hard core rock bitch. 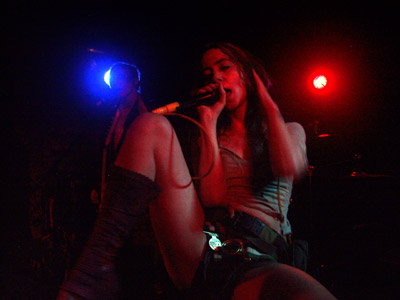 There were a couple of tracks throughout the set which I didn't recognise, which must be from their forthcoming album 'Butcher And The Butterfly', song titles included 'Medicine Jar', and 'In Red', as well as their impending single 'F.M. Doll', which reminded me a lot of the band Hole (Courtney Love).

After the new material, we were treated the holy grail of QA songs, such as 'Cold Fish', 'Razorblade Sky', and 'Pretty Like Drugs', which always gets the crowd singing along with the band. 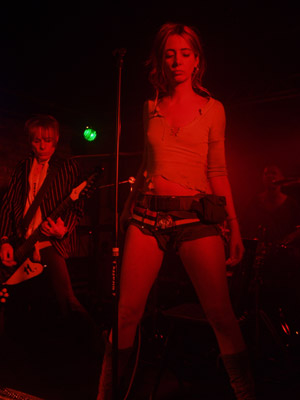 Miss Garside gyrates, thrusts, and pulsates, her way through the songs, and it is this which may cause concern, as it is quite sexual, in fact some of the movements were so raunchy that even Kylie Minogue would blush. However don't think that this band use sex as a way of winning fans- it seems to be genuinely the feeling at the time, If Katie wants to gyrate on a chair then she will do it not because she wants to attract the attention, but because the flow of the music takes her to that particular point.

Naturally Katie takes most of the attention of the audience, however this show would not be quite as good if it wasn't for her band- Crispin Gray (guitars) is a wild, passionate guitar player, who at times reminded me of David Bowie, then there is the drummer Pete Howard who keeps the timing better than the talking clock, in fact his solid drum beats really are the backbone of this entire show. The bass player seems to just stay in the shadows whilst he thumps out the incredible bass lines. 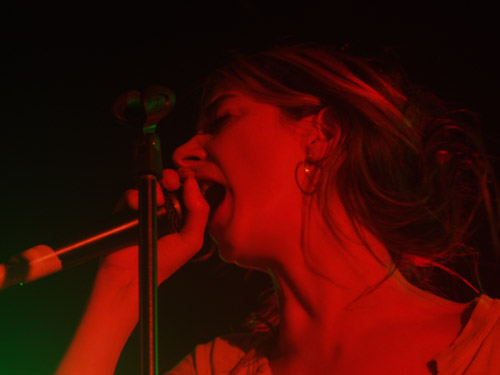 To see Queen Adreena live is truly an experience that you will never forget, and if they play any festivals this year, make sure you make the effort to catch them as you will not be disappointed.
article by: Luke Seagrave
photos by: Luke Seagrave
published: 20/03/2005 21:45