As the world outside continues to descend into chaos and resemble a disaster movie, an opportunity to escape from the madness is a very welcome one. Realistically however the fact we are even at the Cliffs Pavilion in Southend tonight is a controversial one. With the ongoing global pandemic tightening its grip on society, gatherings such as this have elicited mixed feelings. Having spent the day monitoring social media, it was only this afternoon that the show was confirmed as proceeding. This was a tough decision by all involved but one that I was personally or perhaps selfishly grateful of.

So if I may leave the madness at the door for a moment, let’s look at the show. When headliner Frank Turner announced this tour some months ago, eyes were drawn to the opening act – one Jess Guise. Guise just so happens to be Turner’s wife, even Guise herself joking tonight that she is only here due to nepotism. As Guise performs her opening set the self-depreciating remarks continue as do the somewhat delightful melodies as she proves there is more reason than simply nepotism for her placement on the bill. 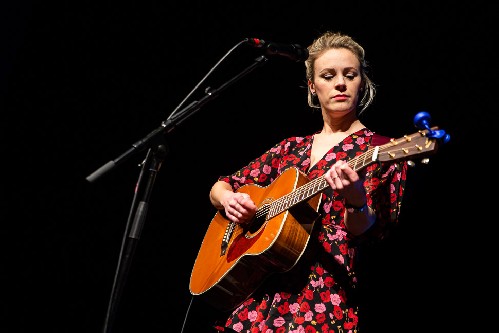 The evening runs very smoothly tonight as this tour sees three solo acts grace the stage in front of the same backdrop. Minutes after Guise departs we are greeted by the very talented Micah Schnabel whose forty minute set flies by. With a far punkier style of delivery to that of Guise, Schnabel helps us segue into Turner with tracks such as ‘How To Ride A Bike’, ‘Filthy Cash’ and ‘New Shoes’ being particular highlights. 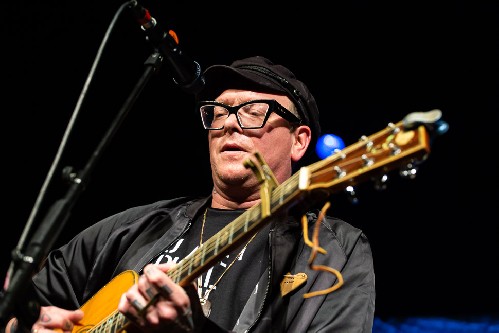 Another quick changeover and we are onto the reason we are all here, the man himself, folk-punk hero Frank Turner. Currently in what should be the middle of a lengthy solo tour around the UK, Turner has seen a fair amount of criticism online for not cancelling his tour in light of the Coronavirus outbreak. Turner has pushed on in line with the UK Governments advice, but it’s clear from his demeanour tonight that he is conflicted.

Let’s be fair, it’s a horrible situation for us all, and for Turner it’s a complex situation from which he has had to weigh up an awful lot of considerations and opinions with the needs of those involved in the tour including his fans; after all as early number ‘If I Ever Stray’ states “...and some days it feels like you just can’t win, no matter what you do or say...”. In fact, there are a number of Turner’s lyrics tonight that feel as if they have a new meaning or relevance, perhaps no more so than those found within ‘Brave Face’. 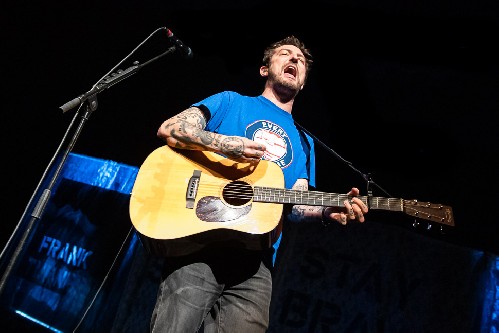 Anyway, let us again forget the outside world for a little while longer, after all that’s what those that have attended are here to do. This tour has seen Turner arrange the bulk of his set list in chronological order and tonight that brings fan favourites ‘The Ballad Of Me And My Friends’, ‘I Knew Prufrock Before He Got Famous’, ‘Long Live The Queen’ and ‘The Road’ early on.

As his performance progresses Turner continues to elicit sing-a-long moments with the likes of ‘The Way I Tend To Be’ and ‘The Next Storm’ as he adds in a few rarer requests such as ‘Good & Gone’. Every album is touched upon and we are even treated to a new song in the form of ‘The Work’. It is by definition a career-spanning set list that Turner’s loyal followers lap up tonight.

The final run of songs could perhaps be considered the ‘hits’ portion of the evening and sees Turner and the crowd sing as one through ‘Get Better’, ‘Recovery’, ‘Photosynthesis’ and ‘I Still Believe’. As a clearly drained Turner lets his guard down somewhat to address the fact that this may be his last show in a long time, reality begins to dawn on those in attendance. We have time for a finale of ‘Polaroid Picture’ however before we all have to venture back into the unknown. 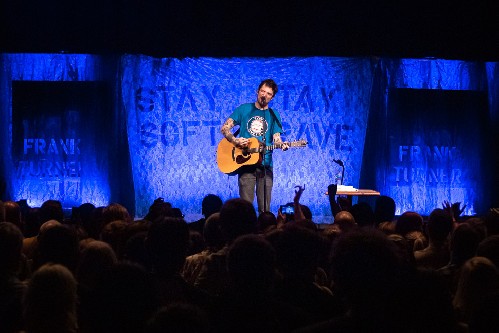 Through whatever criticism he has faced, Turner this evening has given those in attendance a much needed escape. Alas as I write this article the inevitable has happened and Turner has cancelled the remaining dates of his tour. For now more than ever it’s important to remember the message behind Turner’s 2018 release ‘Be More Kind’. Nobody can truly predict what the next few weeks and months have in store for us all, but we all need to look after one another and hold on to the hope that soon enough we will be able to gather in our masses and sing our hearts out to the music that we love.