Beans On Toast / Funke And The Two Tone Baby

It’s the eve of a highly emotive, hugely important UK General Election, and we are at the Portland Arms in Cambridge for Beans On Toast. Anyone expecting a politics free evening is probably in the wrong place at the wrong time! Up first though is the interestingly named Funke And The Two Tone Baby. A literal one man band, he gets the venue moving with his unique mix of devices. A decent start but there’s only one man that the packed venue is here to see. 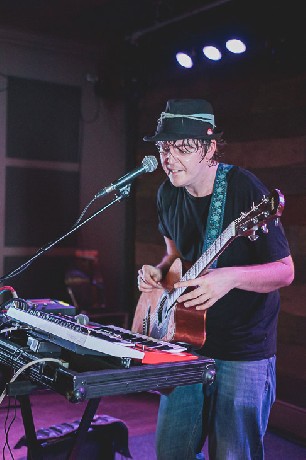 Soon enough the man born Jay McAllister but lovingly known by his stage name of Beans On Toast takes to the stage. Pretty much before a note is strummed the political talk begins and continues through the politically charged ‘England, I Love You’. Not afraid to bare his beliefs on his sleeves McAllister proceeds to switch between musician and activist as he serenades the crowd with the likes of ‘The War On War’, ‘Watching The World Go By’, ‘A Whole Lot Of Loving’ and ‘Here At Homerton Hospital’.

McAllister has become well known for his political song writing over his career, but there is more than just politics in his arsenal of songs. Tonight we talk technology in ‘Alexa’, climate change in ‘Extinction No 6’ and drugs in ‘M.D.M.Amazing’. In keeping with the time of year we get somewhat festive with ‘Christmas At Tesco’, hear of lost guitars in ‘Lost Poetry Department’ and consider chicken farming in ‘The Chicken Song’. 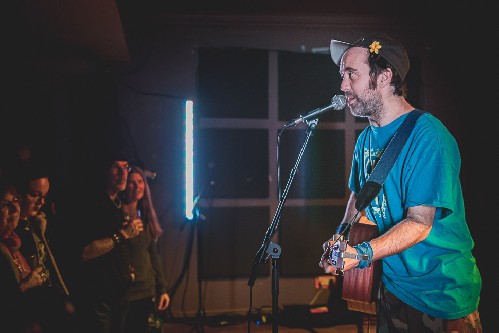 Another theme that has featuring heavily in recent years is that of love and tonight McAllister delivers what he dubs a trilogy of love songs with ‘I’m Home When You Hold Me’, ‘We Made It To The Waterfall’ and ‘Magic’ eliciting some emotional responses from the audience. An audience this is that laps up everything McAllister has to say. At a time when we are in dire need of inspirational figures to look towards, perhaps next time we head to the polls we should be voting for PM McAllister!

More likely is that this time next year we will be indulging ourselves in another Beans On Toast album. Tradition does now dictate a new album each December 1st and this year has been no different. ‘The Inevitable Train Wreck’ has seen McAllister team up with Kitty and Lewis Durham of Kitty, Daisy & Lewis fame (Daisy apparently busy having a child). Together they have created a slightly different sound for Beans On Toast, but one still featuring everything that makes Beans On Toast himself. 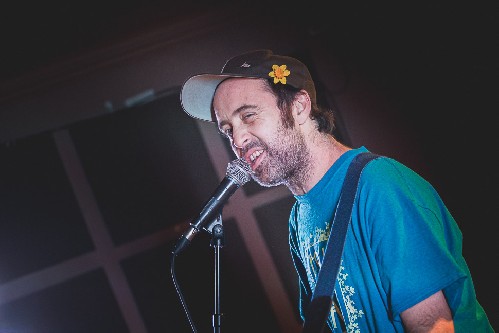 Tonight of course sees McAllister preview numerous tracks from the album with ‘Mountains’ and ‘On and On’ coming at the end of his set. ‘On and On’ in particular is very catchy and as a whole the album does well to continue the Beans On Toast legacy.

An encore performance of ‘Afternoons In The Sunshine’ send the Portland Arms into the night happy, if not a little concerned over the events of December 12th. By the time this article is published the outcome will be known, for good or for bad. Either way the next few days, weeks and months will no doubt provide Beans On Toast with more material for his next next album, every cloud and all that!


more about Beans on Toast
more about Funke and the Two Tone Baby
more about Portland Arms, Cambridge