This was my first gig at Edinburgh’s Usher Hall and I must begin with a few words about the venue. Holding a little over 2000, the century old, purpose built concert venue has obviously been recently refurbished. Put simply, everything about the place was great; airy, clean without being antiseptic, great lines of sight standing in the sloping stalls, superb sound and a great atmosphere on the night. The gig wasn’t sold out; there were gaps in the upper circle, probably down to the proximity of Led Zeppelin tribute act Greta Van Fleet’s gig on the same evening competing for a similar audience. 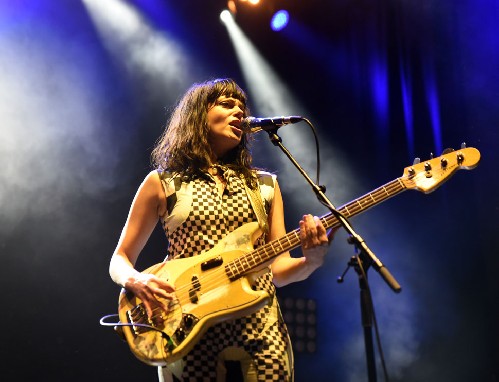 First band of the night are The Last Internationale. Sonically, these New Yorkers share a similar blues rock late sixties heritage to the headliners but with added lyrical political and environmental awareness. It’s a short, energetic and enjoyable set played with very minimal lighting drawn chiefly from their, We Will Reign album. Delia Paz is a great vocalist and front woman and it isn’t long before she’s prowling the pit delivering an impressive cover of Sam Cooke’s, “A change is gonna come.” They’re thoroughly enjoyable as a three piece but I can’t help reminisce about my first encounter some six years ago when free from duties as bassist, Paz was able to give full reign to her talents as front woman / singer. 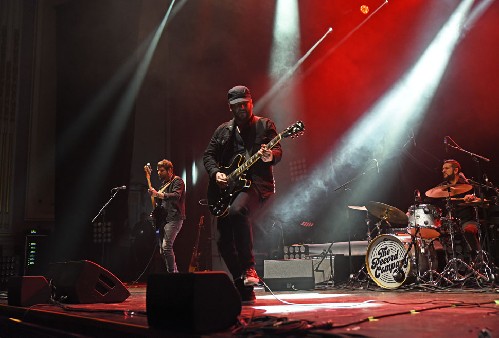 The Record Company are relatively new to me and it’s my first time seeing them live so I’m not familiar with individual songs. In truth I’m not sure that it matters; at their heart they’re purveyors of simplistic, blues, rock and rock n’ roll with an ability to occasionally slow things down with country tinged rock ballads, and they do it very well. It’s music without frills, reminiscent in its rawness of John Lee Hooker, Wilco era Dr Feelgood and the raw power of the stooges without the presence of Iggy. Drums and bass provide a solid foundation but it’s Chris Voss who’s at the heart of the band. Whether prowling the stage with guitar or harmonica there’s a sense of menace in his presence which perfectly augments his rasping vocals. Yet just when you think they’re one dimensional they slow things down, Voss sits and picks up a dobro and I’m reminded of watching Little Feat many, many years ago. There’s little communication and like The Last Internationale there’s minimal lighting but they get a great response which is fully deserved.

Rival Sons were back in the UK for the second time this year with a handful of dates. They open with End of Forever from current album Feral Roots, with Jay Buchanan veering between his trademark howl and soulful vocals, commanding the stage with consummate ease as huge Feral Roots artwork forms a backdrop. This is a band brimming with confidence and self- belief, completely at home on the biggest of stages and while Buchanan is inevitably a focal point, guitarist Scott Holiday is the perfect foil; the epitome of rock cool; the band’s stage presence is unmistakable. 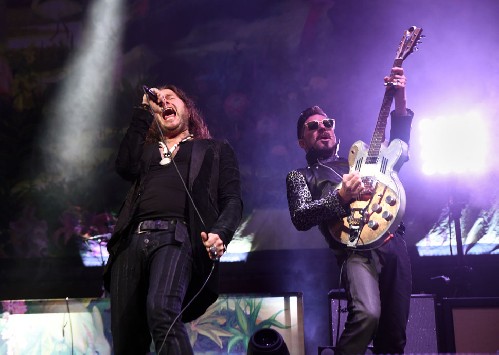 Rival Sons aren’t a band who slavishly adhere to the same setlist every night and anyone expecting an evening based around their most recent offering was in for some surprises. Following the opening salvo we were treated to a clutch of early material, including an airing of “Wild Animal” which they apparently hadn’t played live since 2014. The musicianship on these numbers was outstanding and the material got a rapturous response but for someone who prefers their later material these early offerings are more generic in style, lacking the bands own imprint.

A brief drum solo some 40 minutes in seemed to signal a watershed, heralding a sequence of tracks from Feral Roots and Great Western Valkyire. Look Away, with its Zeppelinesque intro came first, followed by echoes of Paul Rodgers circa Bad Company in Too Bad and Feral Roots impressive title track which just builds and builds. A little later, we were treated to their classic, Electric Man and the excellent gospel tinged Shooting Stars before the set reached its inevitable climax with Keep on Swinging. As an exercise in building momentum at a rock gig it had been a faultless hour which should have brought things to a tumultuous close – except it didn’t. 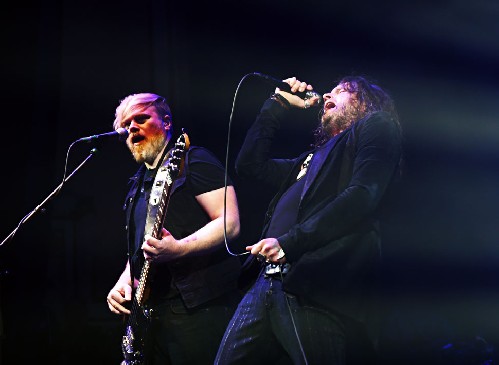 The band returned to encore with the rarely played Manifest Destiny and Face of Light, To me the former in particular was a little too meandering and detracted from the intensity of what had gone before but I was clearly in a minority among an audience for whom the band’s earlier material was held in high regard.

Rival Sons don’t do bad gigs; at least I’ve never witnessed one. They’re a great live band and this gig was no exception. It sounds a little churlish but for me this was one occasion when less would have been more. I walked away with a broad smile on my face, but it would probably have been wider if they’d dispensed with the encore.